We were blessed to spend two days in Zermatt, Switzerland. Zermatt is an alpine village at the foot of the most iconic and famous mountain of the world; the Cervin, Cervino or Matterhorn, depending how is it called.

The particularity of the Cervin is its perfect pyramid shape, unique in the world. 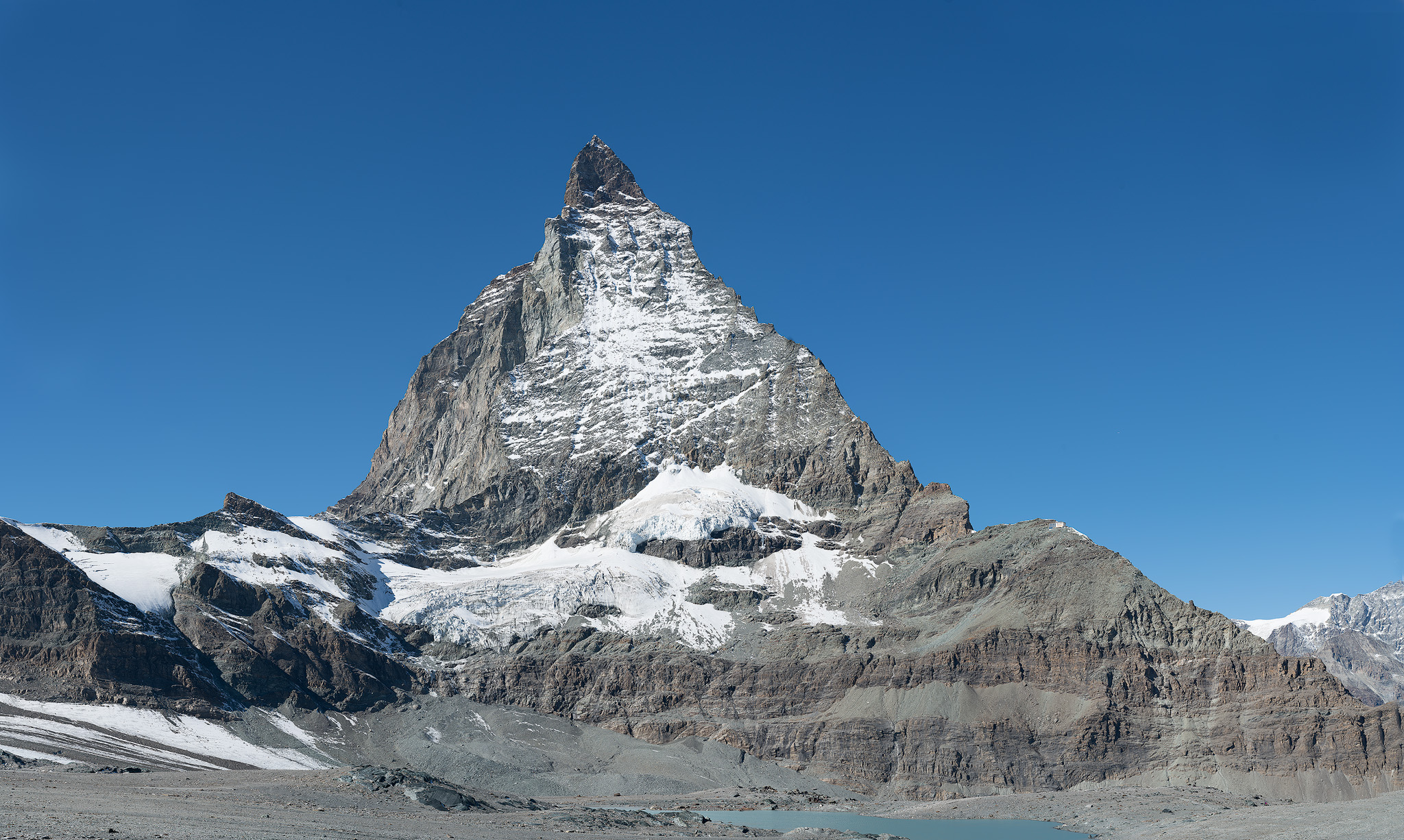 Day One Part One

Zermatt village is closed to motorized traffic, one has to leave the car at Täsch, a village below Zermatt and take the train. Thus, Zermatt is a car free village. One could expect to be free of traffic stress as well, unfortunately, Zermatt is invaded by electric taxis (a lot of), which drive like gangsters. As there is almost no sidewalk, it’s a a bit doge and run. 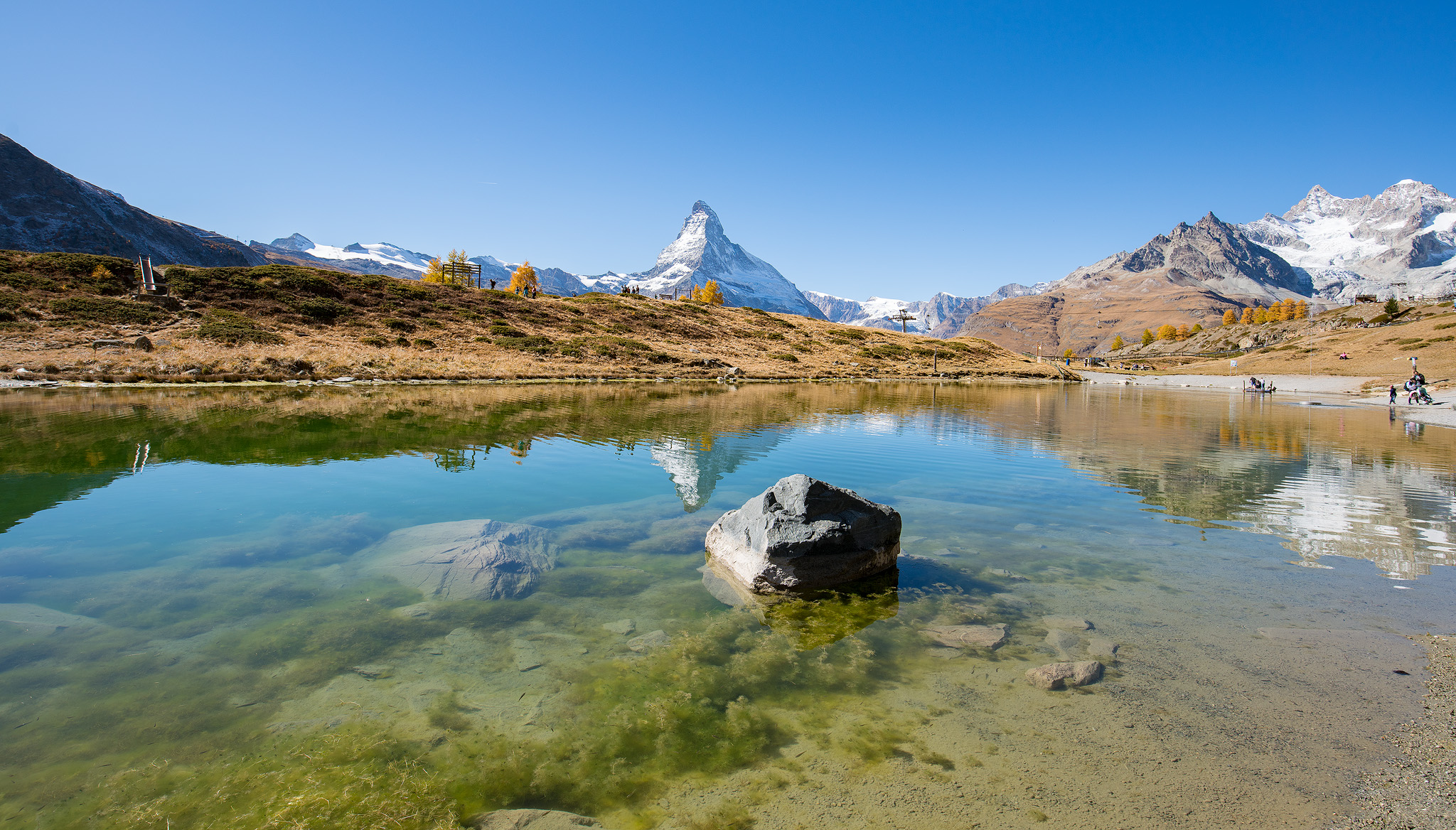 Anyway, upon arriving on day one, we almost immediately took another train to visit some lakes. My plan was to visit 5 lakes, a nice 10km tour. But, I have a teenage girl whose whole universe is now reduced to talking to her friends, a husband whose physical condition and extra weight limits him to climbing down 10 stairs. With a 10 days rest in between. 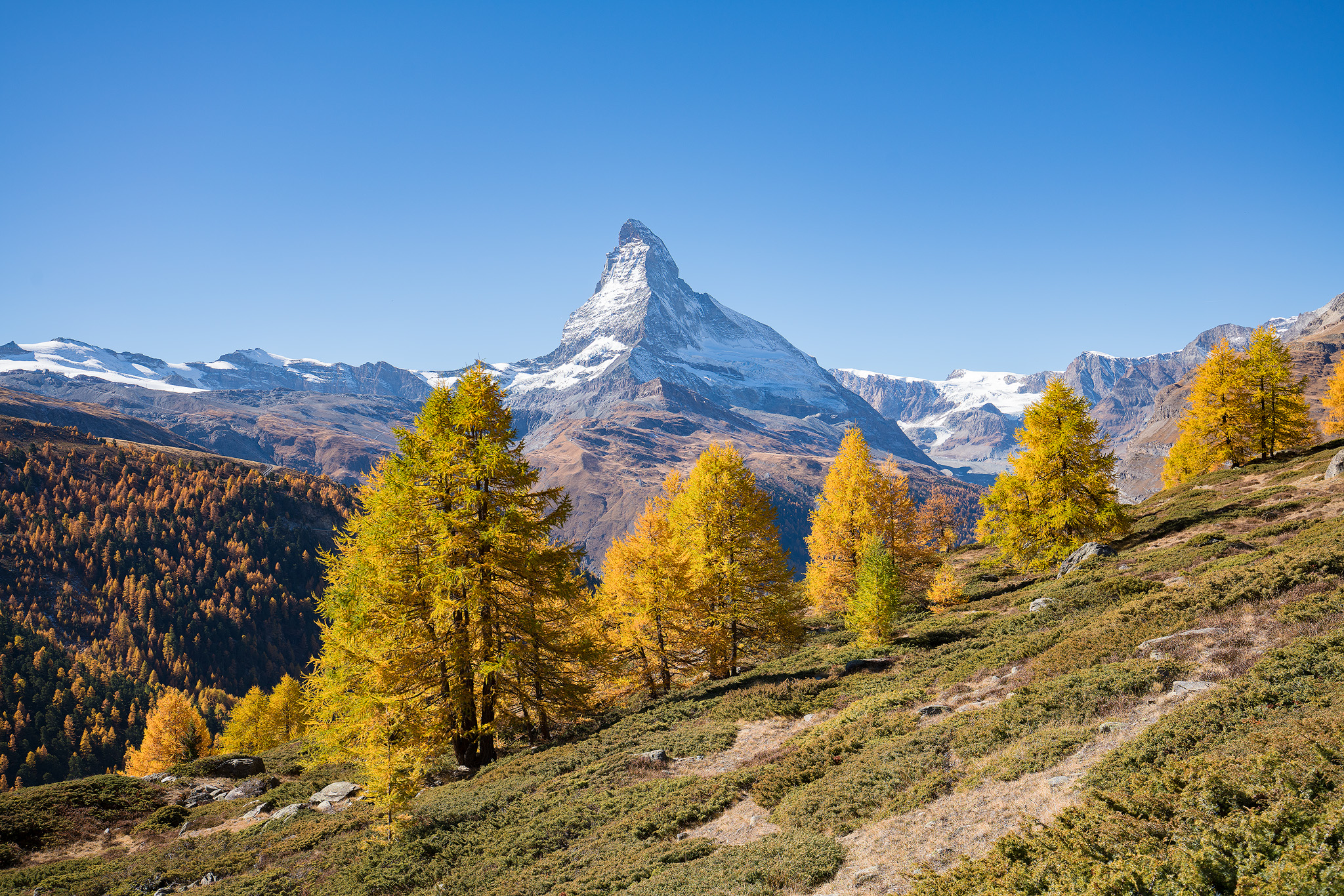 So, my 5 lakes tour ended in a two lakes visit, 3km long and 1hour long. 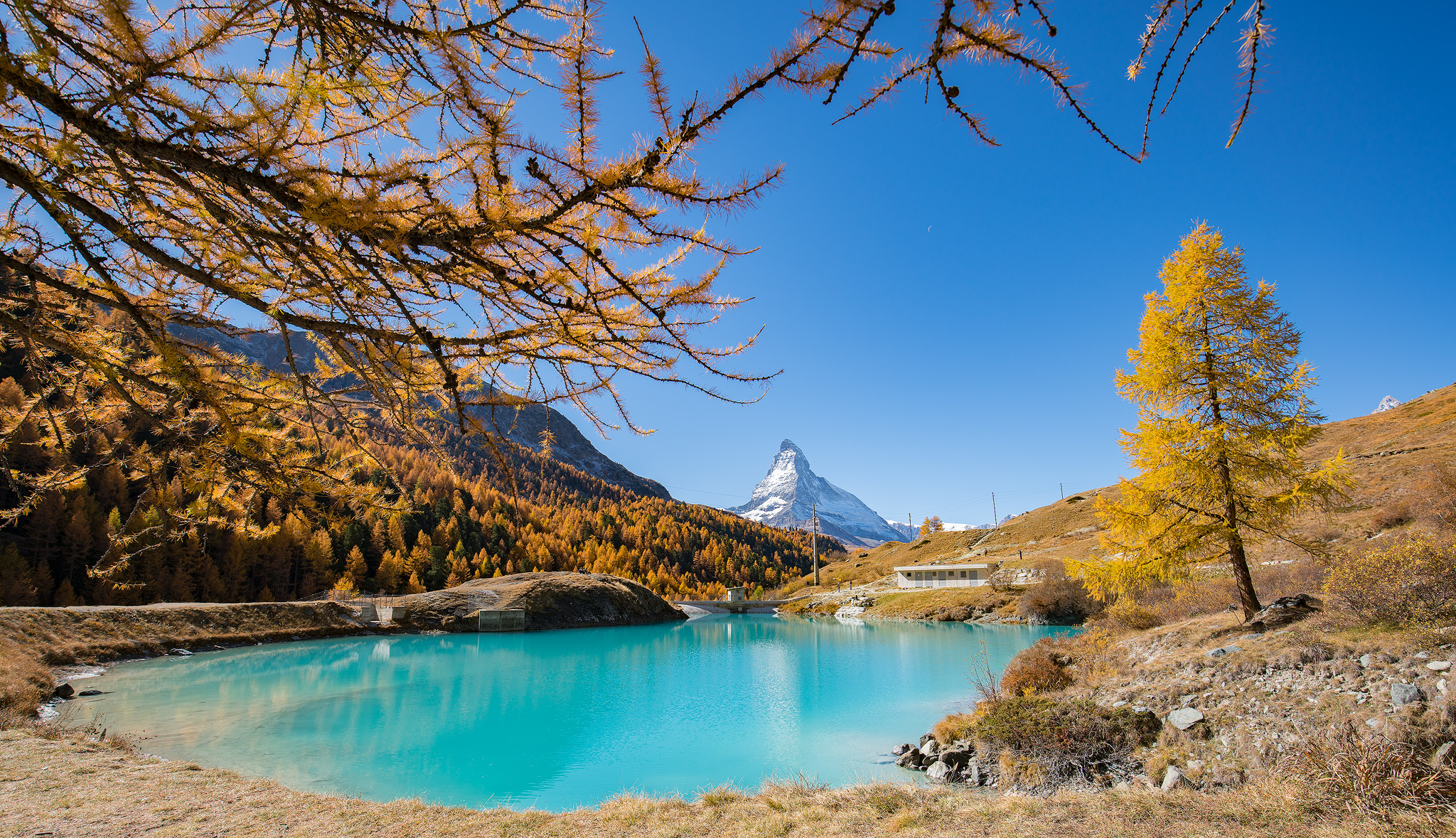 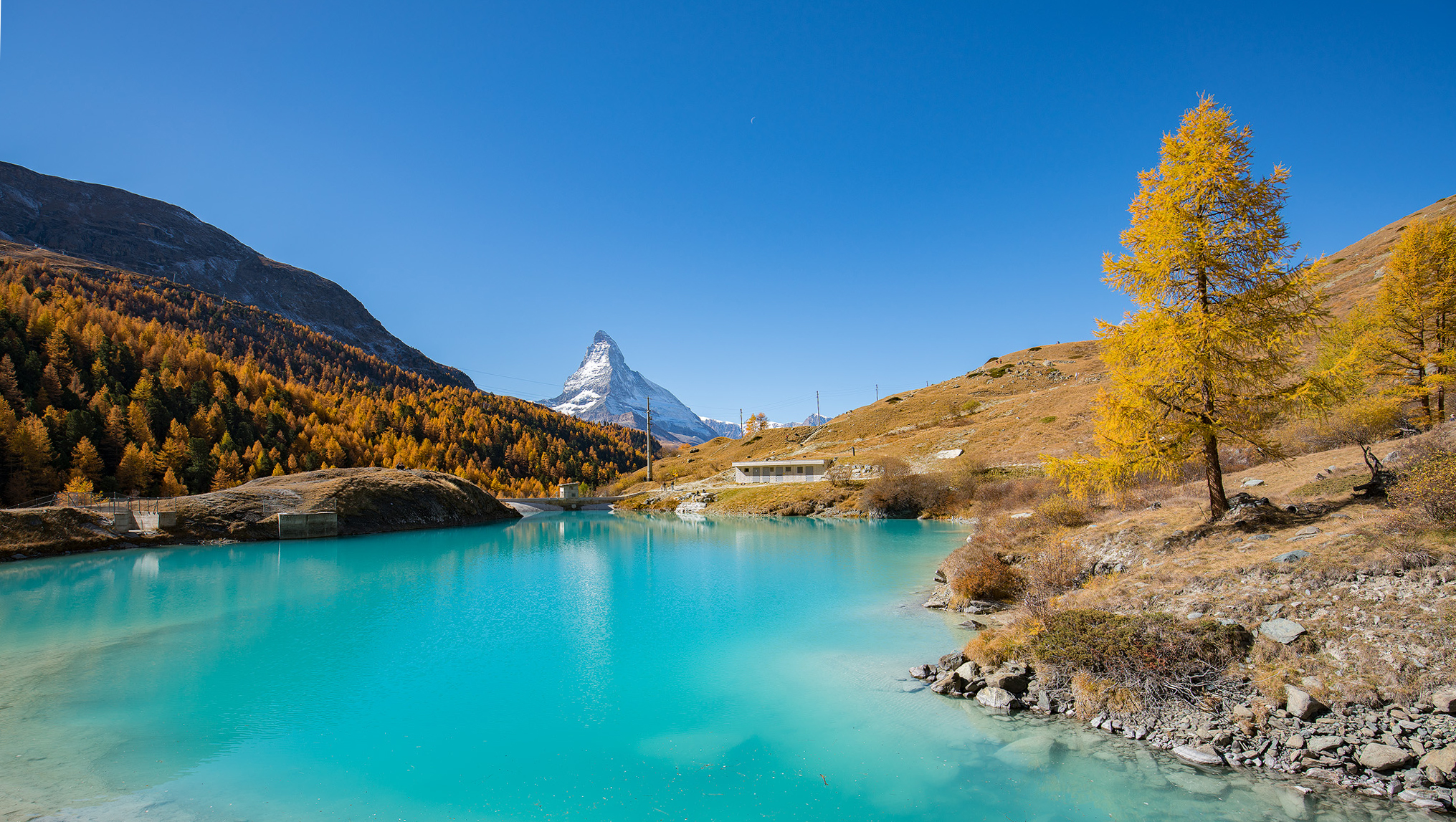 Because we were staying only two days, we chose to make the better of it. Of course, taking the train to the Gornergrat was mandatory. 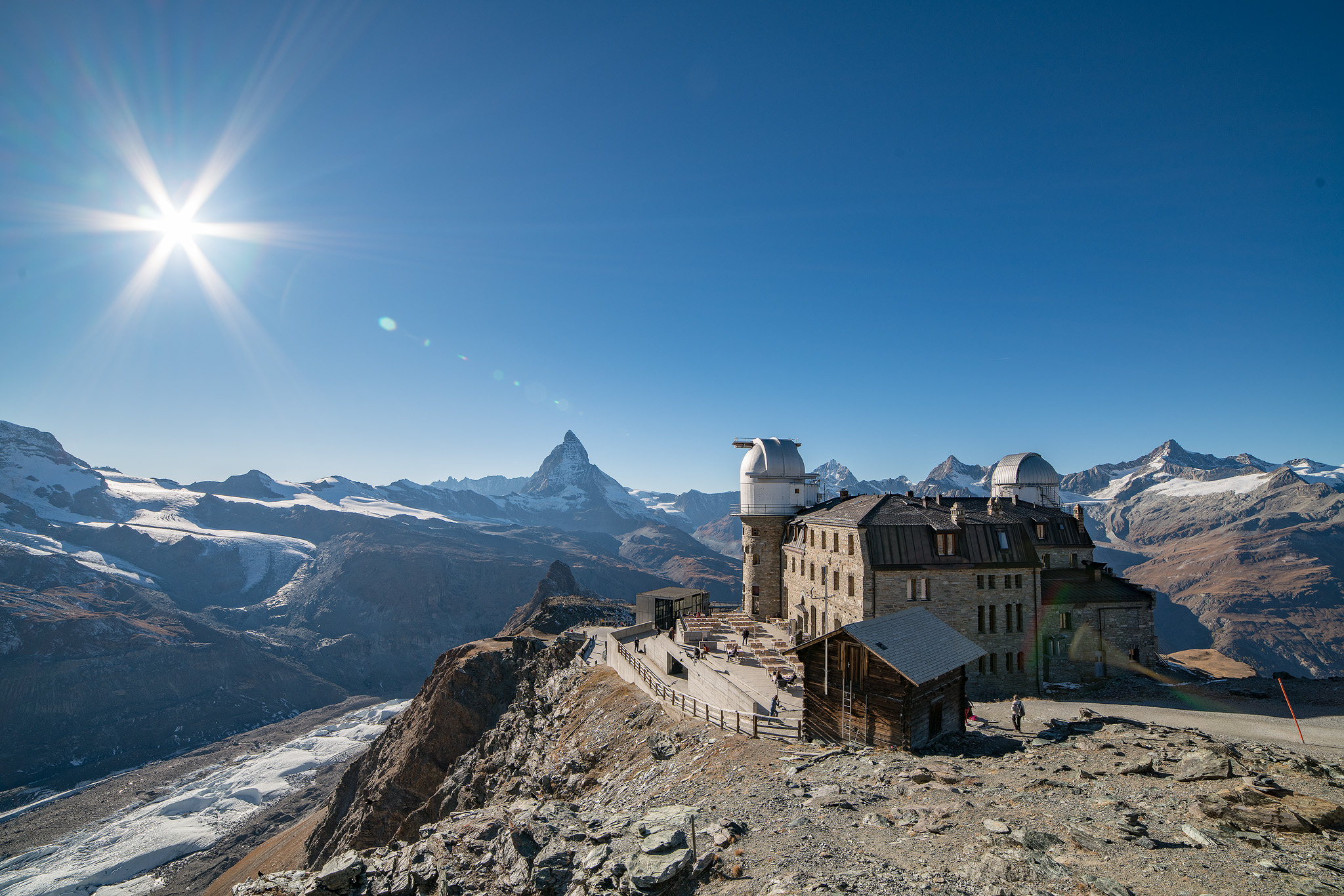 300.-CHF for 5 persons, including two children under 16 years old makes one savor the trip even more. 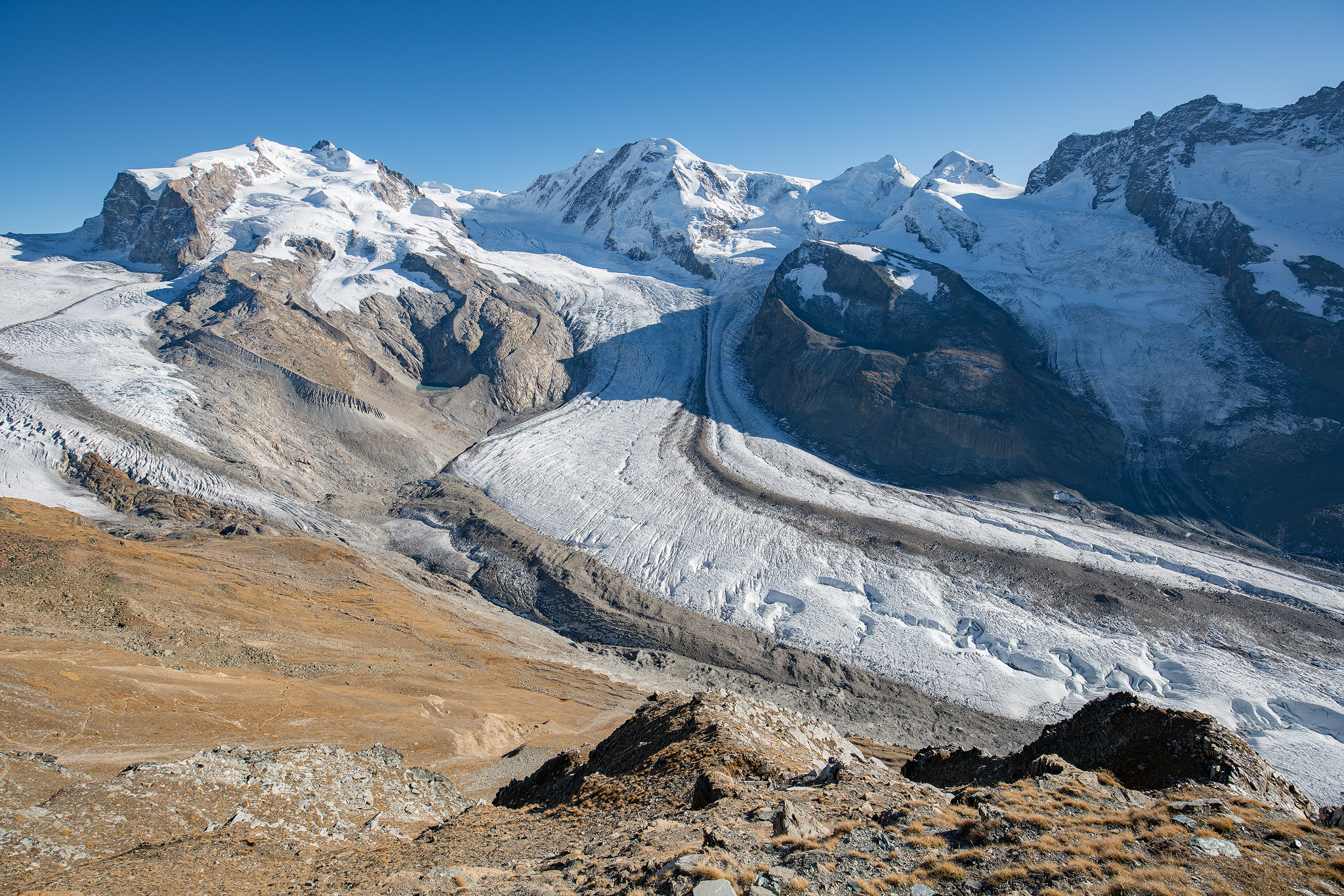 On day two, we had plan to go up to the Klein Matterhorn (petit Cervin), or Cervin small brother, at 3883m high. We were surrounded by skiers, including Lara Gut, a famous Swiss Alpine skier. Zermatt is one of the few places where it’s still possible to train during summer and fall. 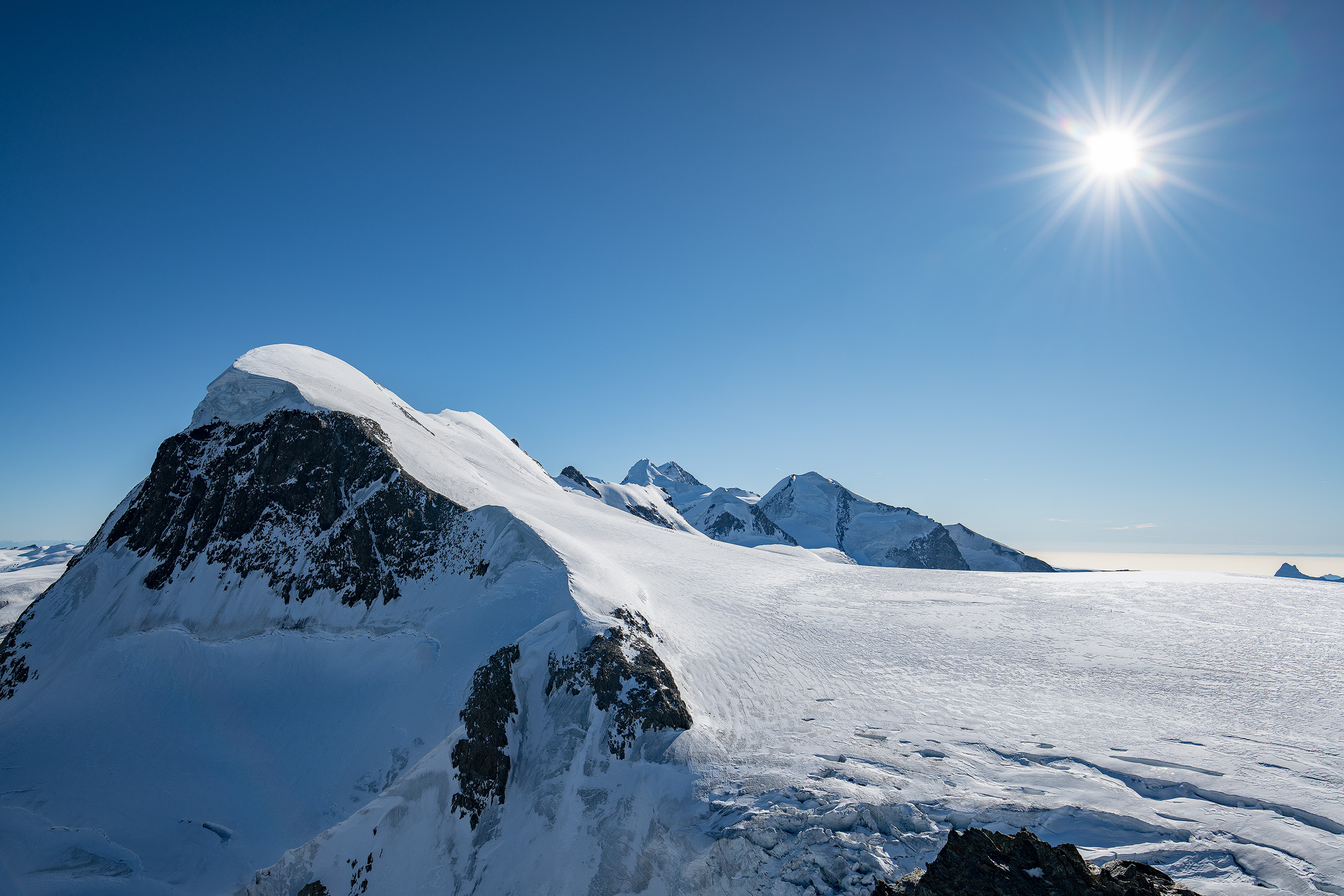 In my younger days, almost 20 years ago, I spent all my summers snowboarding on glaciers, thus I was filled with fond memories while watching the skiers gliding down the slopes. 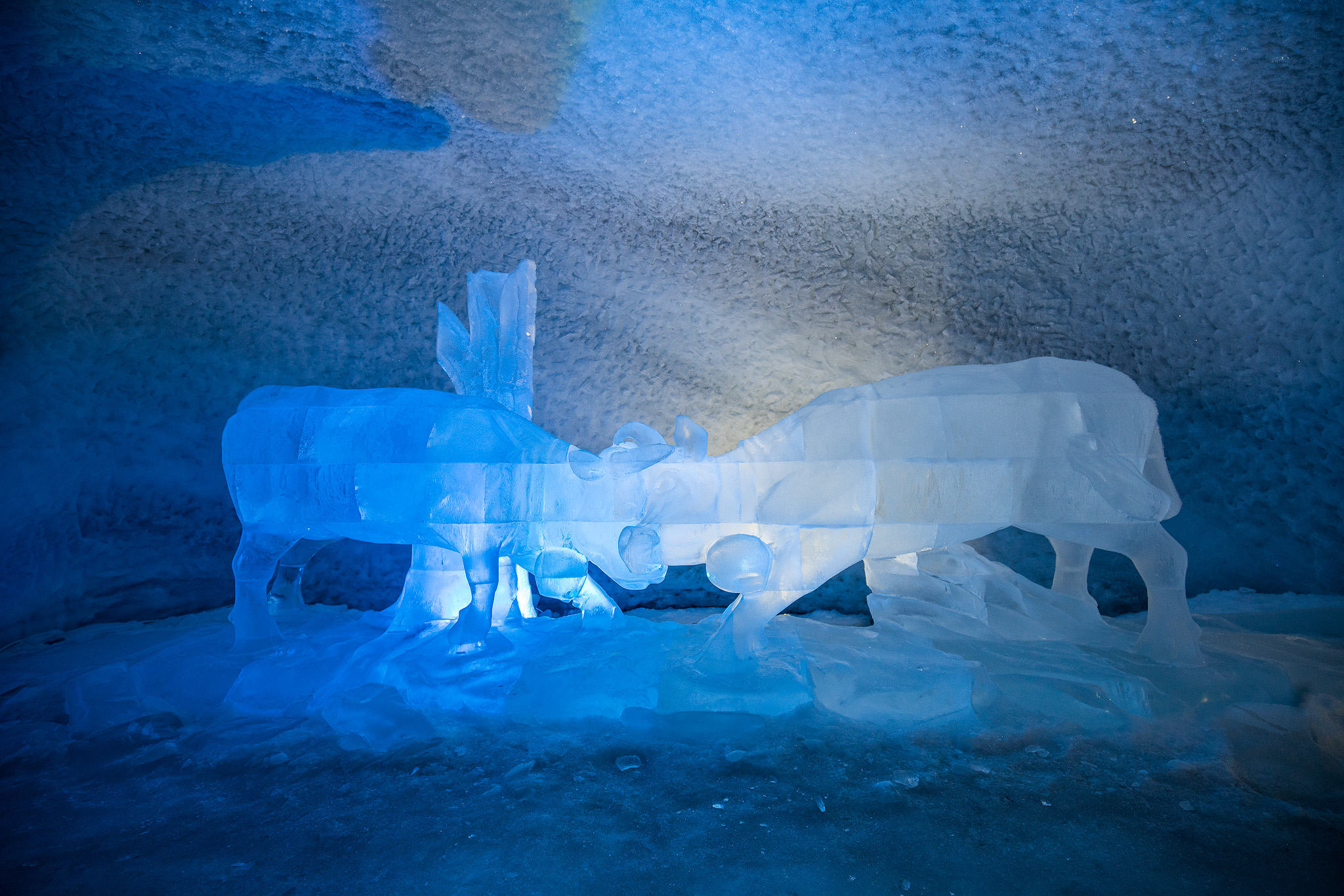 The end station on the Petit Cervin is built through the mountain; you literally walk through it. One can also take a lift and visit the Ice Palace, which is below the glacier, under the ski slopes. 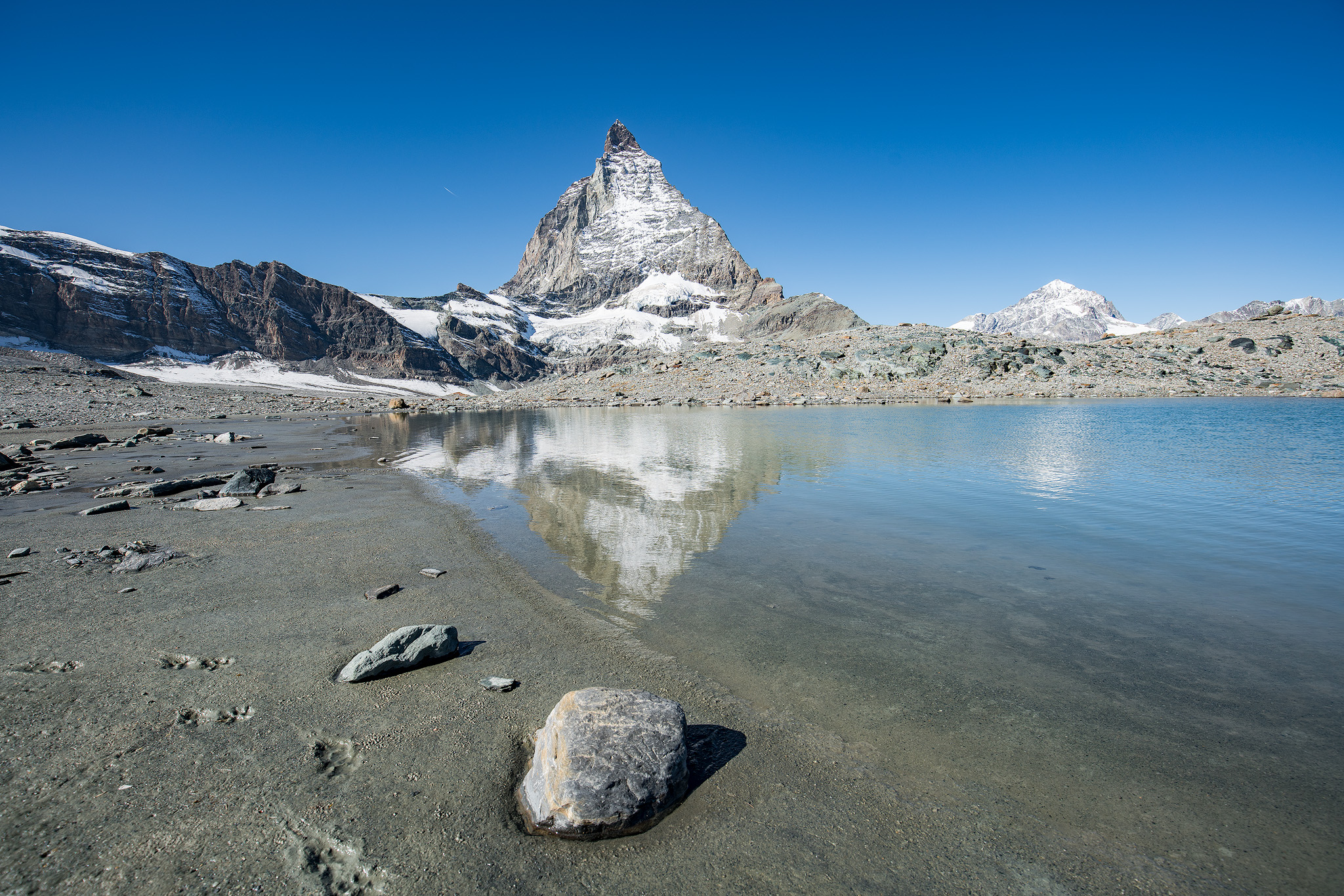 We moved down a little bit to visit some lakes and I took the opportunity to run and hike, getting closed to the Cervin. As usual, my time schedule was tight (1h), because of bored teenager and whining husband.

Leaving the whining husband and grumpy teenager at the rental apartment, I took some more opportunity to visit the beautiful larch forests. 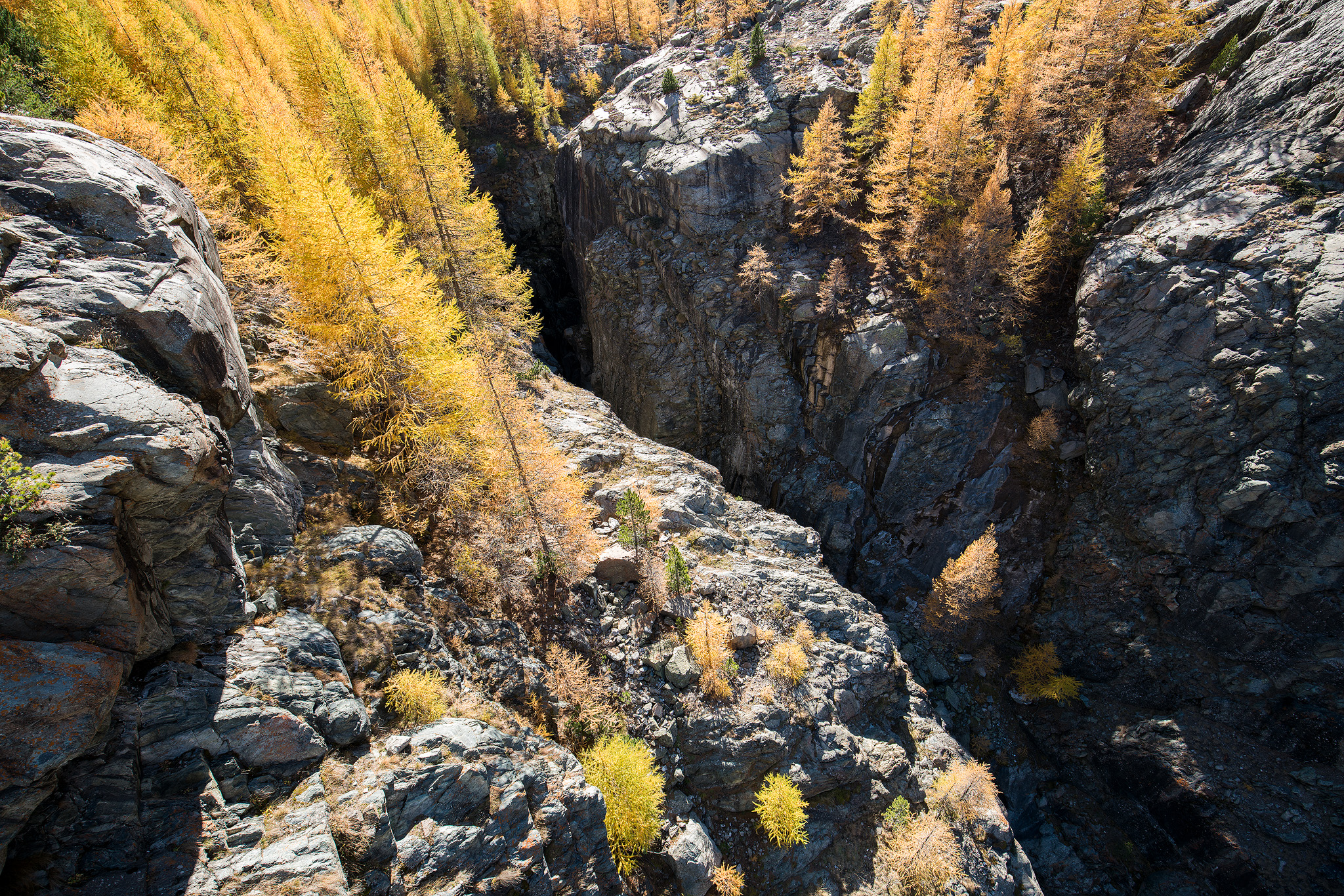 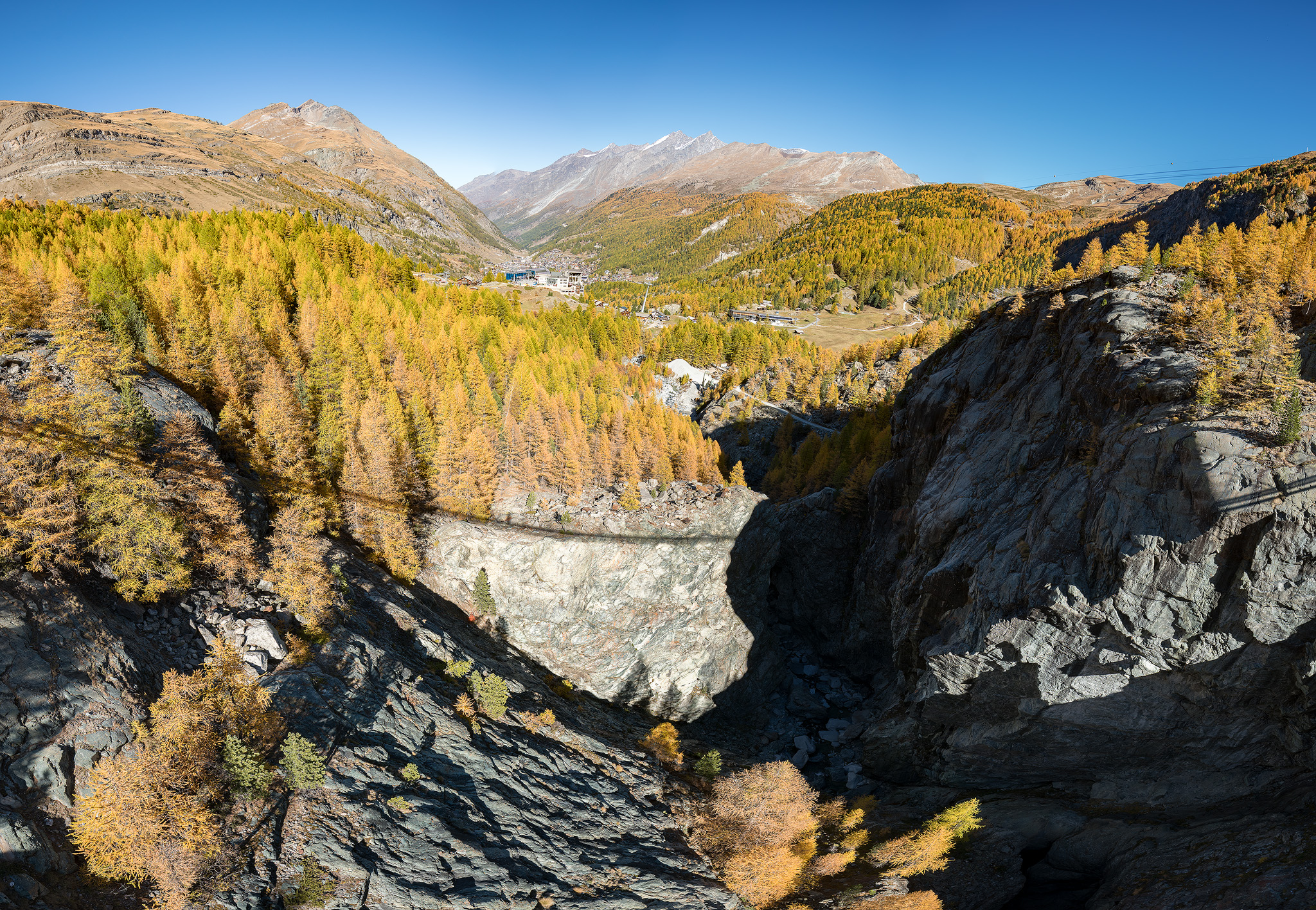 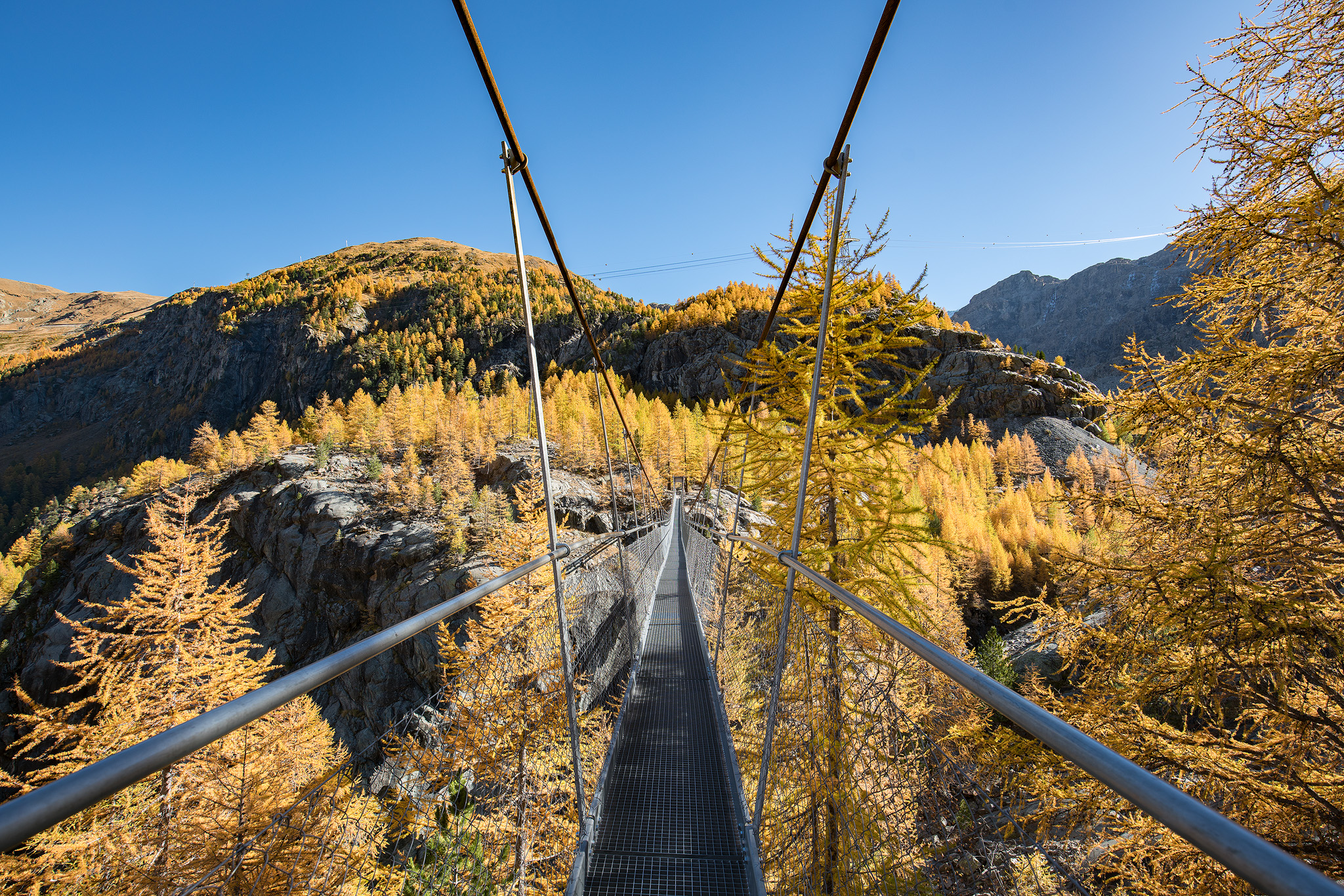 Note for the next visit; stay longer, leave husband and teenagers at home and rent a bike.