The Grand Col Ferret is a pass at 2587m between Switzerland and Italy. It is also on the road map for the TMB (Tour du Mont Blanc), for hikers, trailers and mountain bikers alike. Though hikers are the most popular participants. 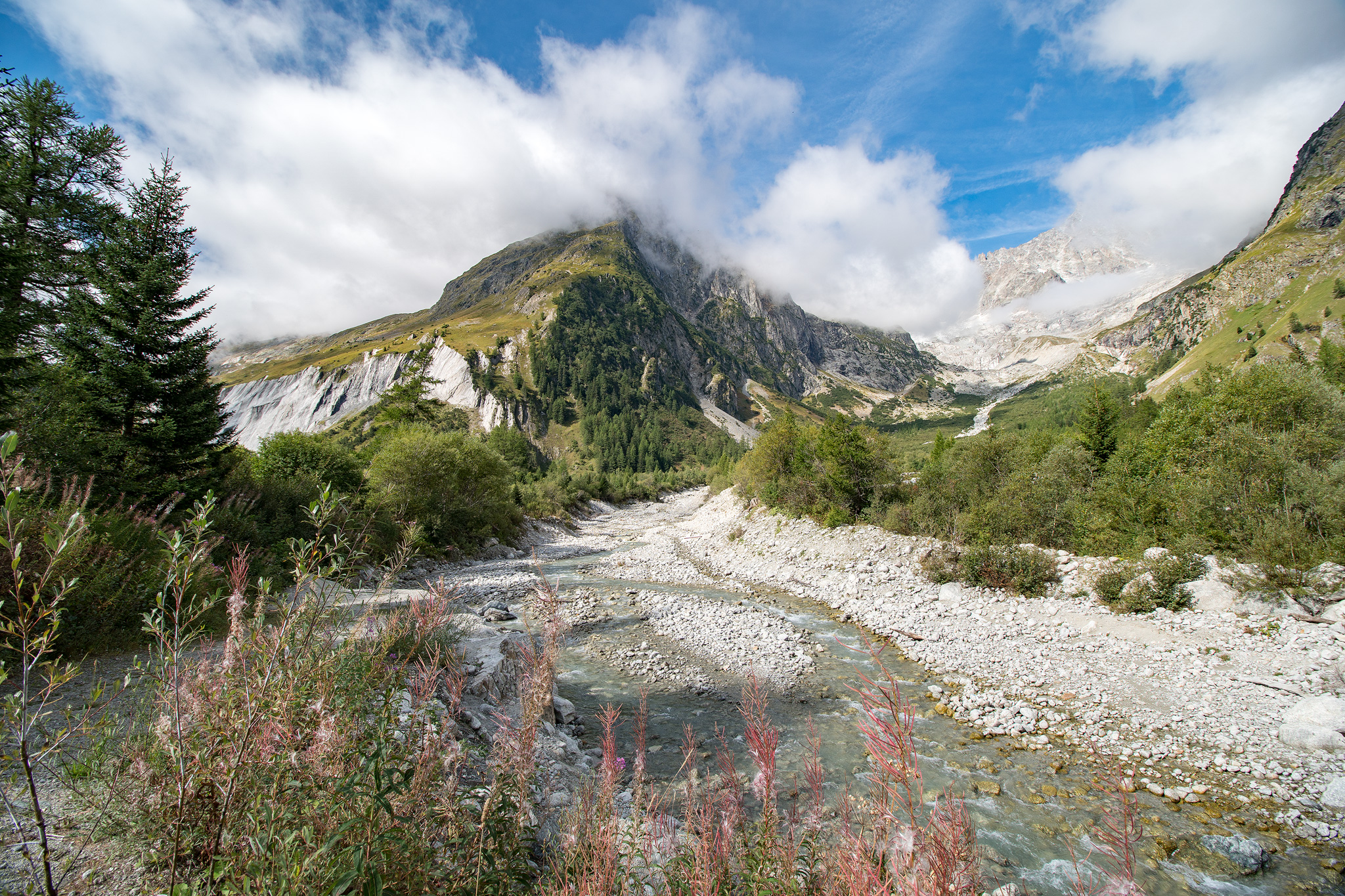 Back in 2014, I tried to climb to the Grand Col Ferret, but I had knee pain and lack MTB downhill skills. Three years later, it was a joy to climb up there. 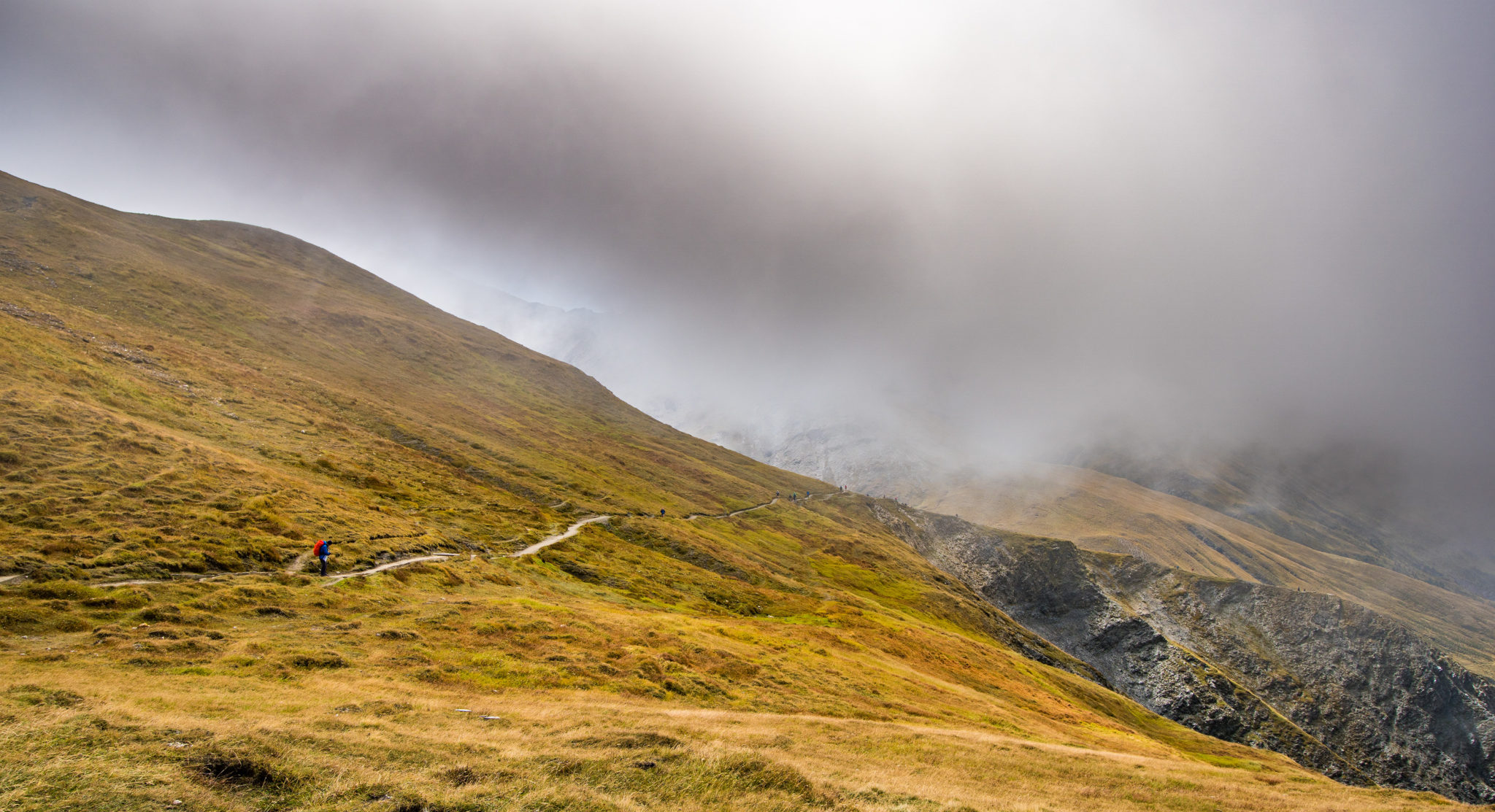 But, I’m still not a vibe master. Let’s explain.

My biggest mistake was to follow the TMB track counterclockwise. I met at least. 200. hikers.

Repeat this every 30m.

The good news is that I could practice my english, learn how to say “beware biker” in Korean, Italian, and some unknown language.

Oh, I learn also that some Americans call our cows “European Cats”.

Another news is that I’m now rather famous in Japan, Korea and maybe the US. I guess it’s the first time in over 30 years that I’m riding that someone takes a picture of me while biking. And I’ll probably never see these pictures, much to my dismay. 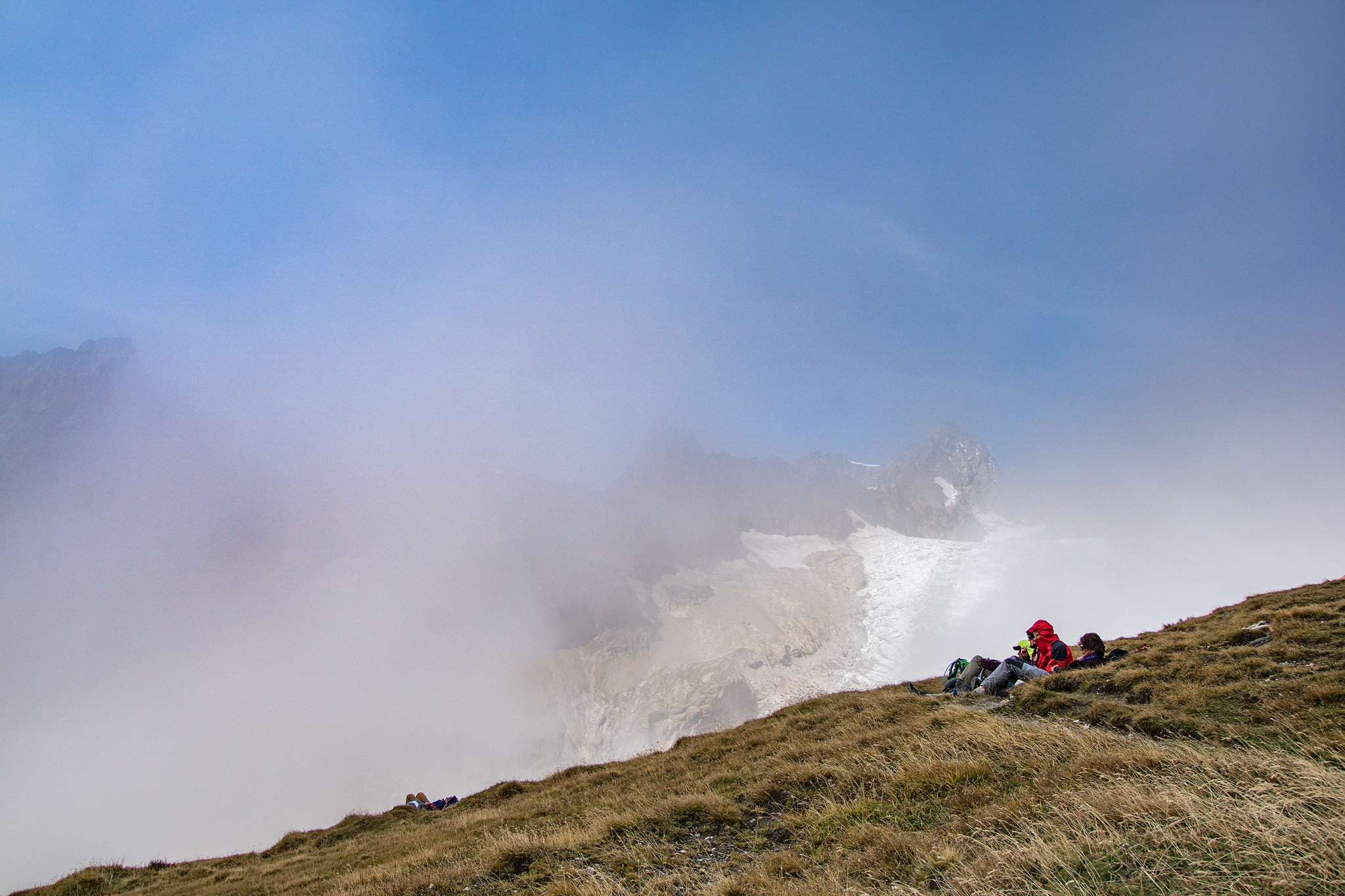 My second mistake was to trust the weather forecast.

After 3h30 and 1550m of climbing, I met nothing but fog, 4°C, strong winds and more tourists than the Place St Marc at Venice could contain.

But the downhill from the Grand Col Ferret was really, really fun. Except the tourists. The cows and more tourists. 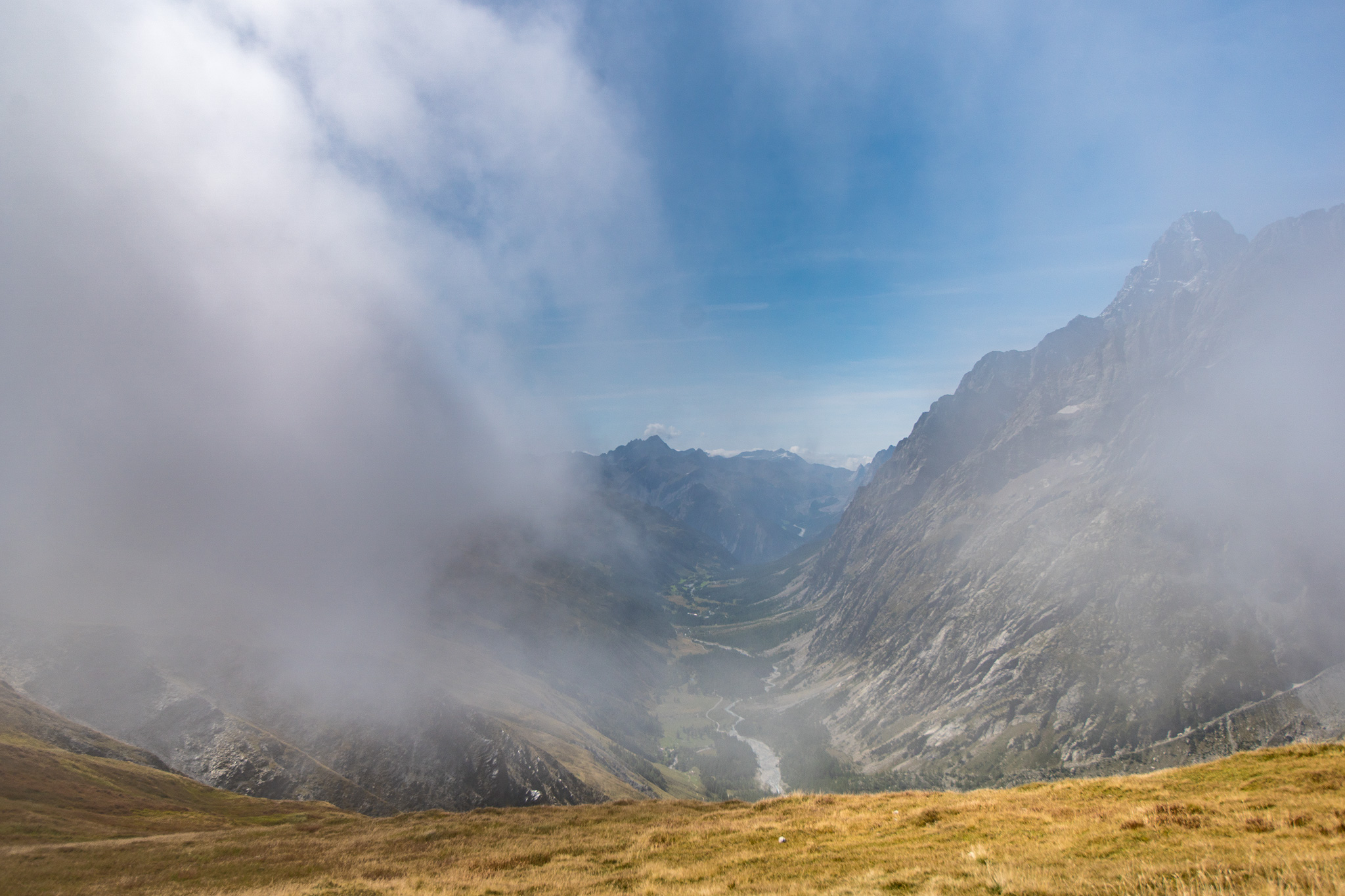 A note about the tourists; albeit I met a lot of them and was irritated by the outrageous number of them, the large majority was courteous. Most said “hi”, some cheered and said encouraging words, all did the best they could to share the sometimes narrow tracks.

The few that made a face were Swiss citizen..a shame.

Wandering in the mountains