Lenk is at the end of the Simmenthal valley, in the Bern area, Switzerland. Let enjoy some mountain bike tours.

As I have to compose with family scheduling, the time frame and duration allocated for riding are often odd. Plus, on mountain bike, it’s often difficult to plan a tour duration as sometimes I have to crawl, err, walk carrying the bike.

The day we arrived was my birthday and we had a nice pizza for dinner. One hour later I was on my bike, with over 37° Celcius, 20km ride and 1000m positive elevation in one climb.

To say that I was sick is an euphemism.

But on the evening, we enjoyed some great waterfalls, as the area is full of waterfalls, coming from glaciers. 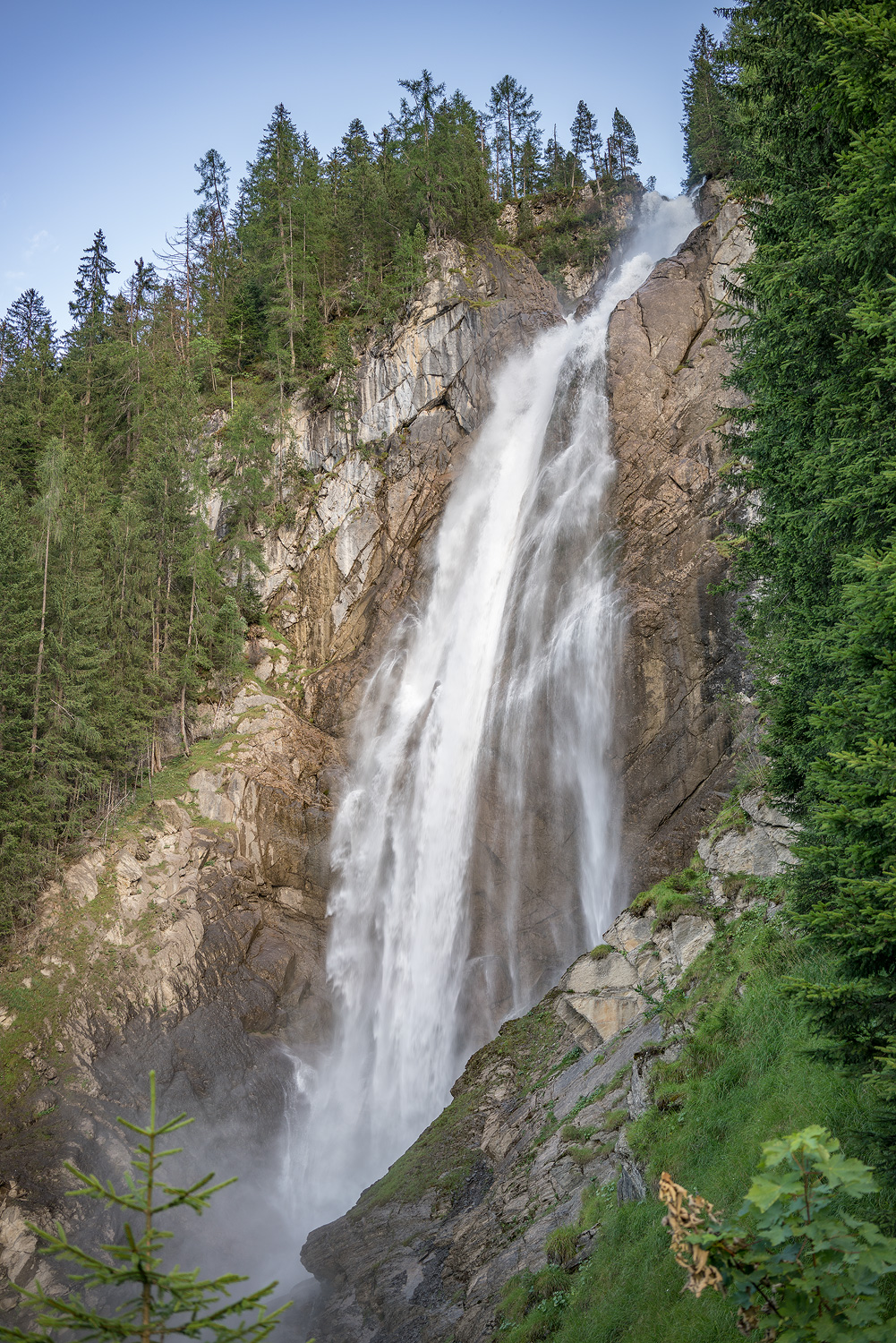 The lake near Lenk. 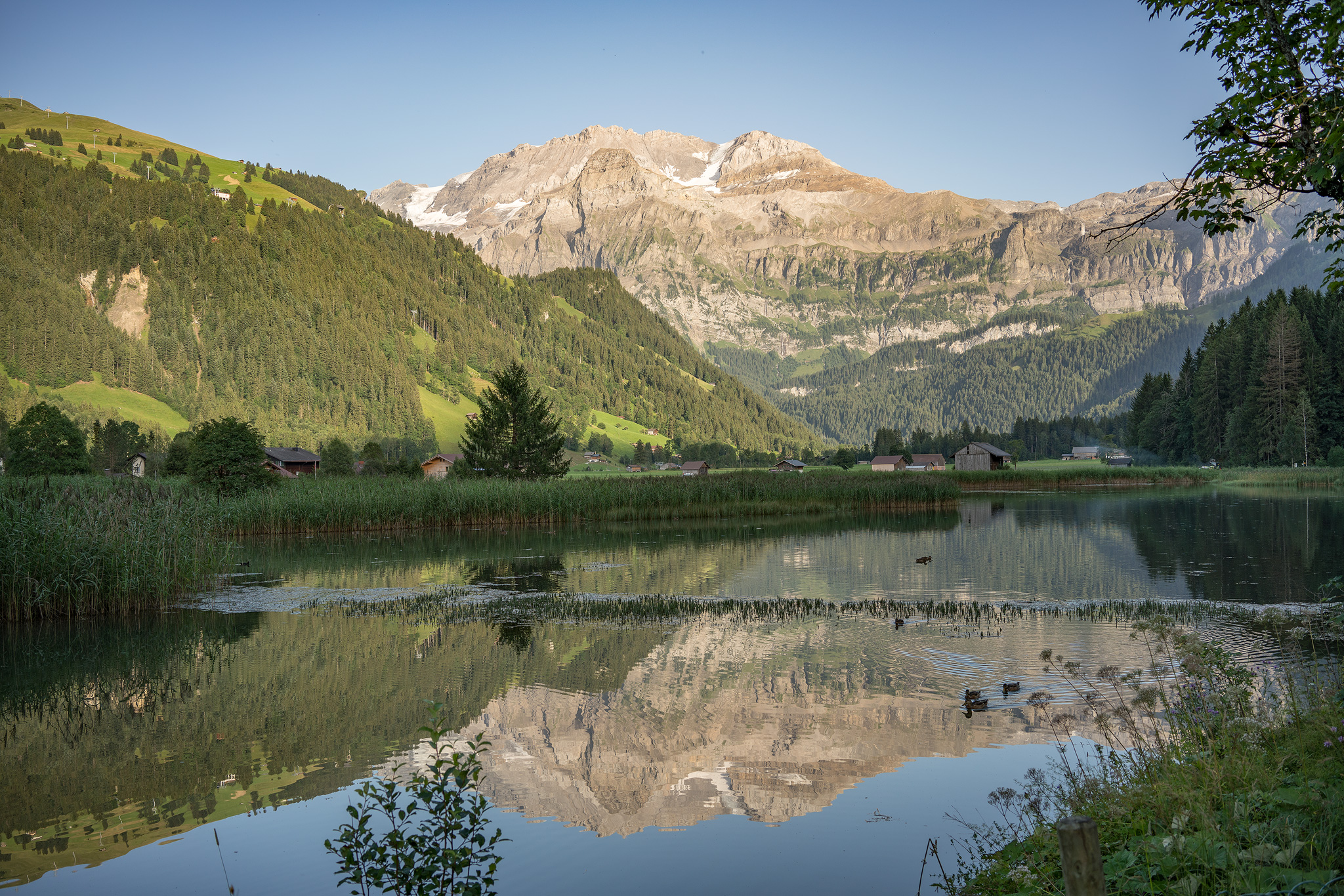 There was two different places that I wanted to visit, but couldn’t decide which one first. When I started riding, I decided for place A, but somewhere in the middle of the ride, I went to place B.

I wanted to visit a lake, the Iffigensee at 2100m high. But the last 3km and 500m positive elevation had to be done on foot. As I hadn’t planned to go there, I had only bike shoes with me.

Walking during two hours on steep mountain tracks in bike shoes is probably one of the most stupid idea I had. Not only did I destroyed my shoes, but also my knees, ankles and a few other unnamed joints.

The climb looks promising and at first I thought that I could ride up to the lake on bike. 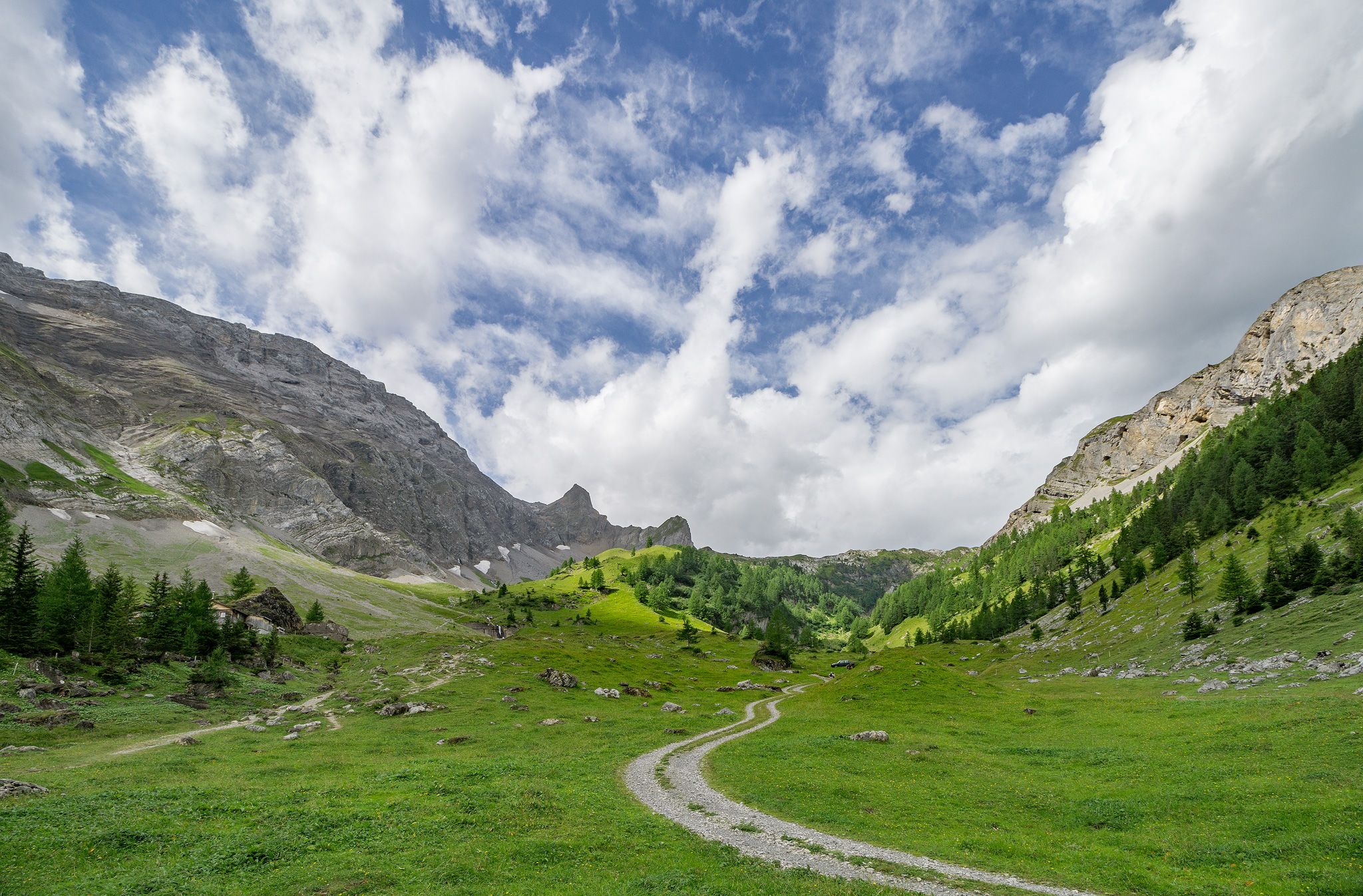 Quickly enough, I realized that unless I transformed my bike into an helicopter, that wouldn’t do. 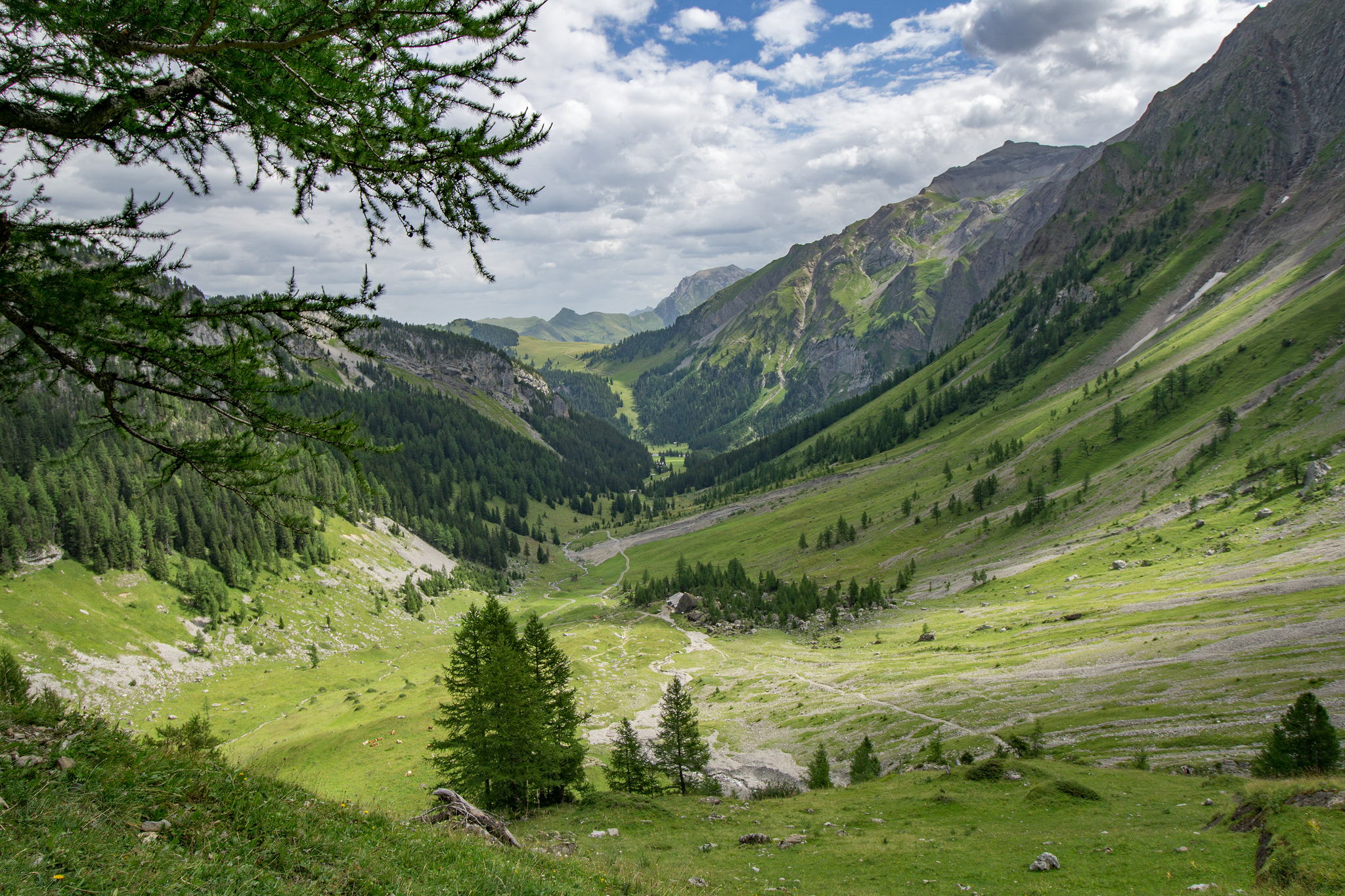 My stubborn self never gave up, only to discover a cloudy sky and color washout lake. 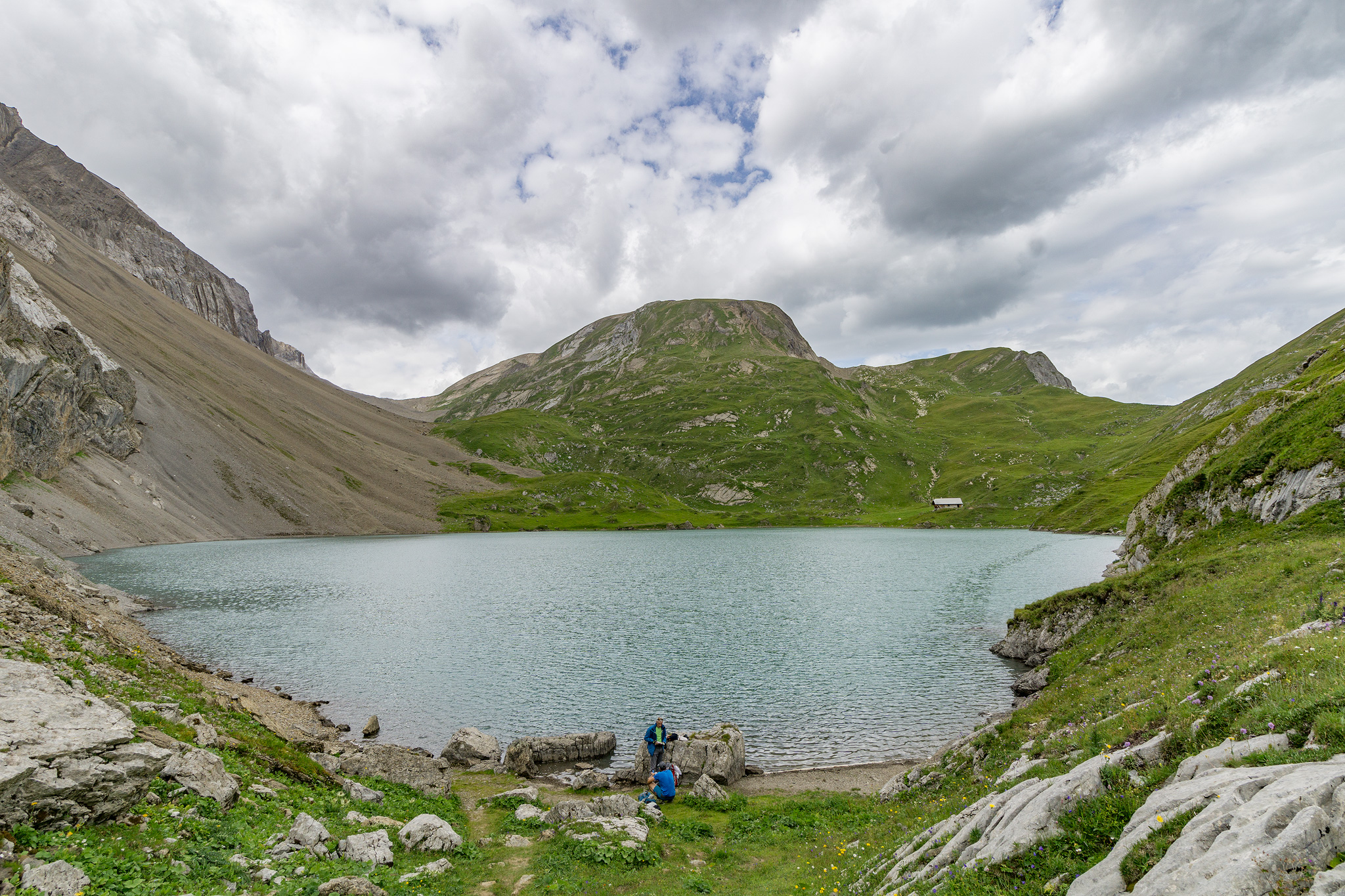 After my hiking days in bike shoes, I decided to pay a visit to the Simmenfälle, which are easily and quickly accessible on bike, unlike on foot. 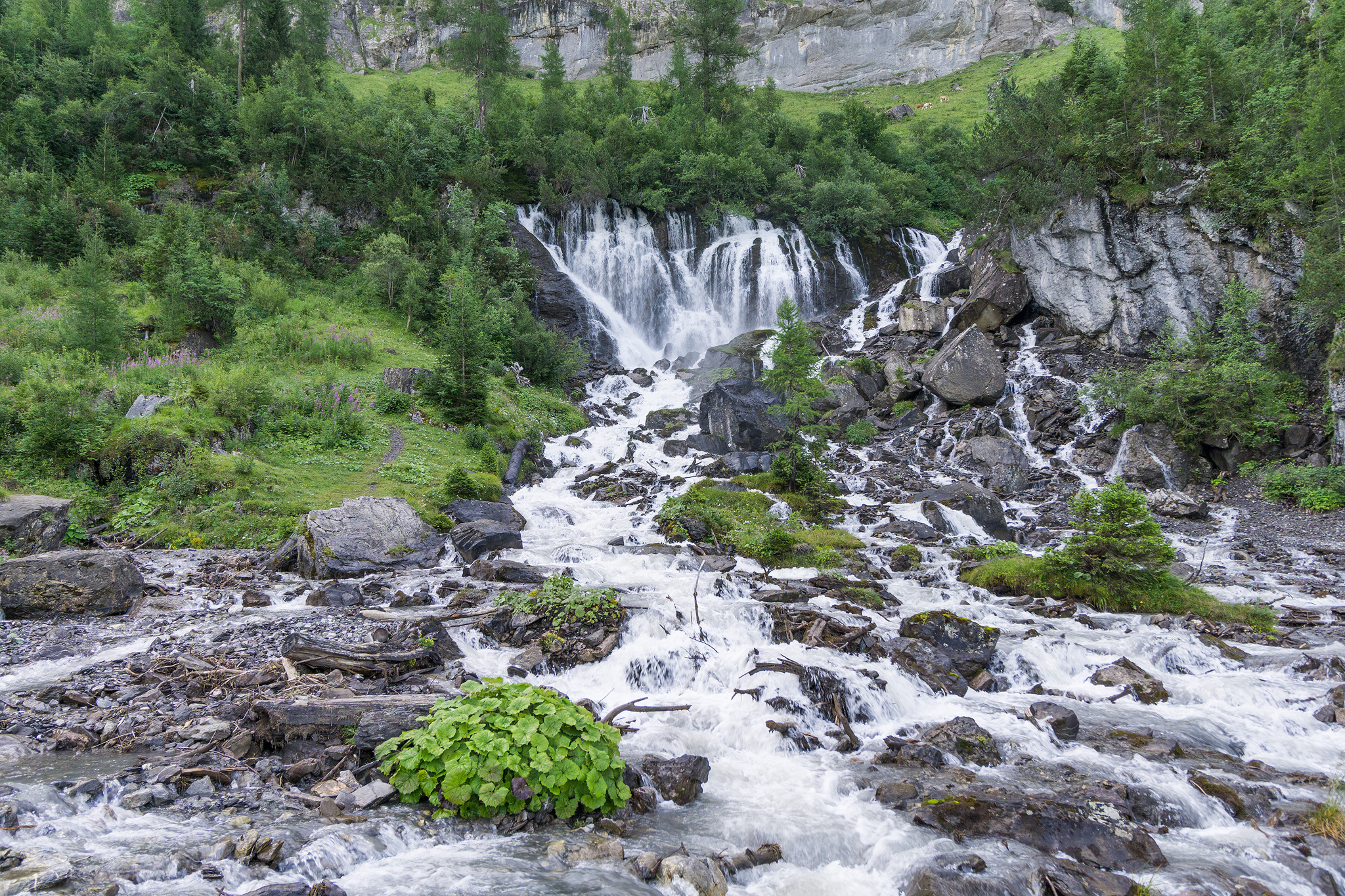 The famous Barbarabrügg and a free shower from the glaciers. 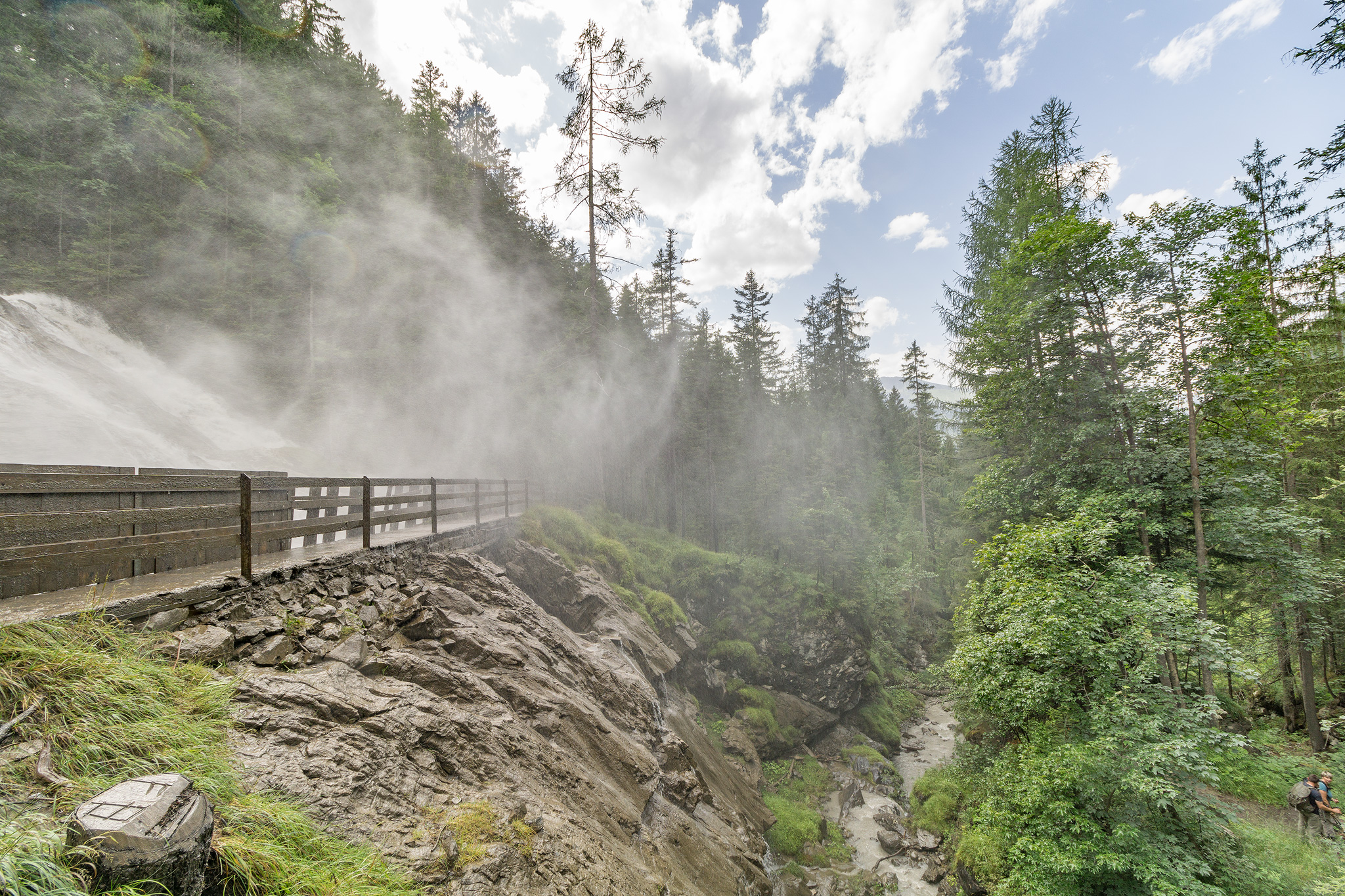 End of the day, not a bad view. 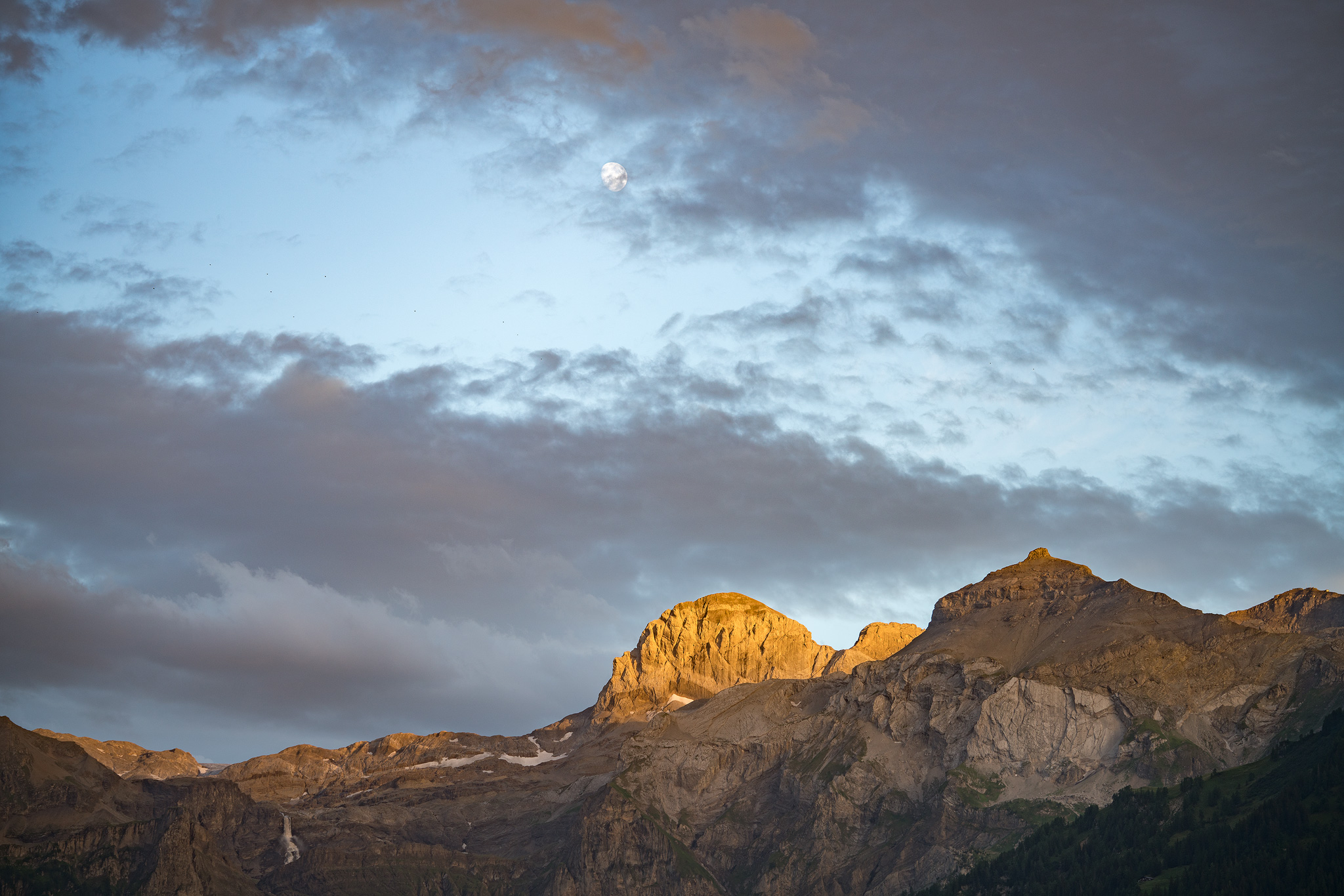 A few pictures form the apartment. 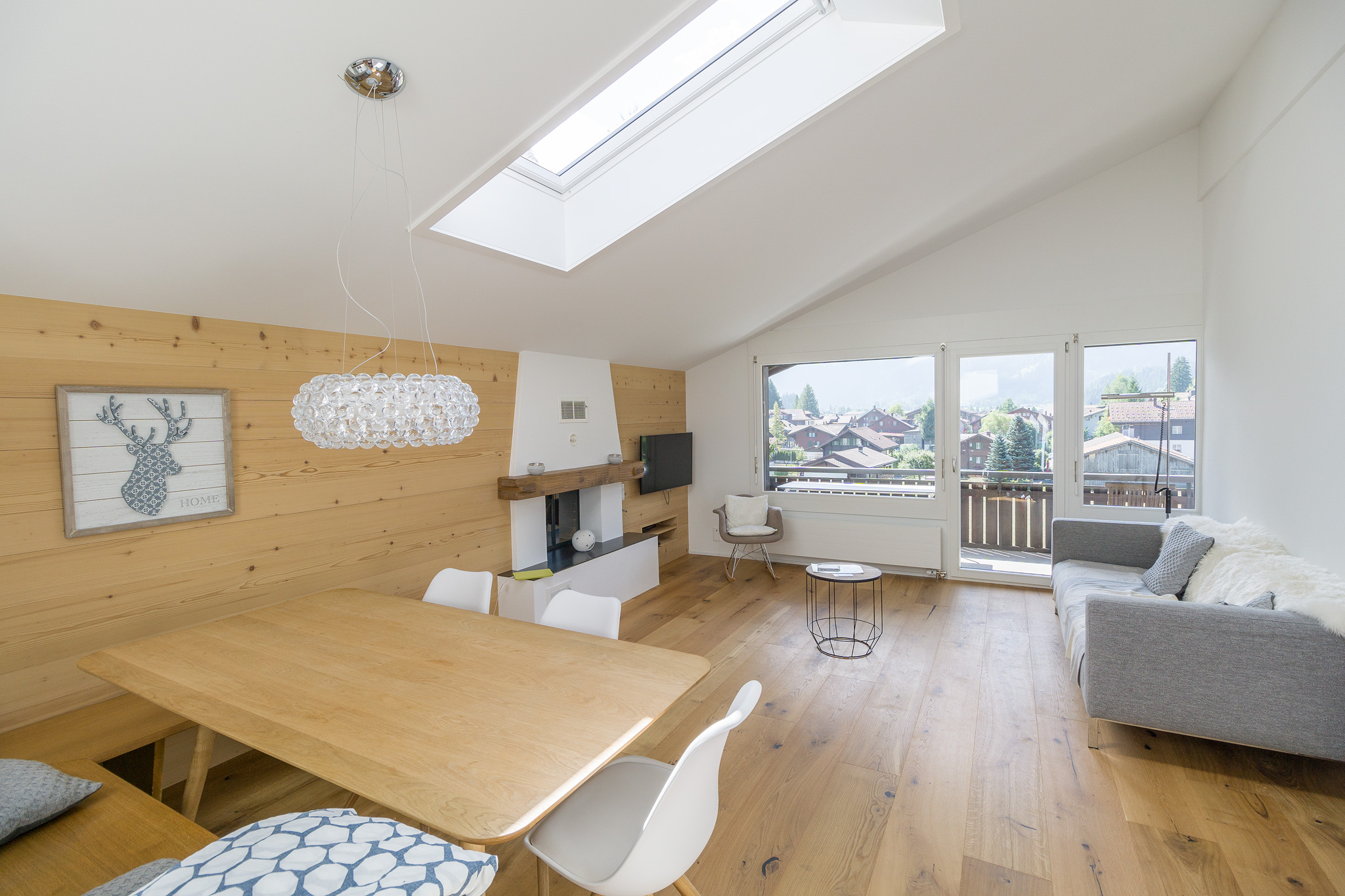 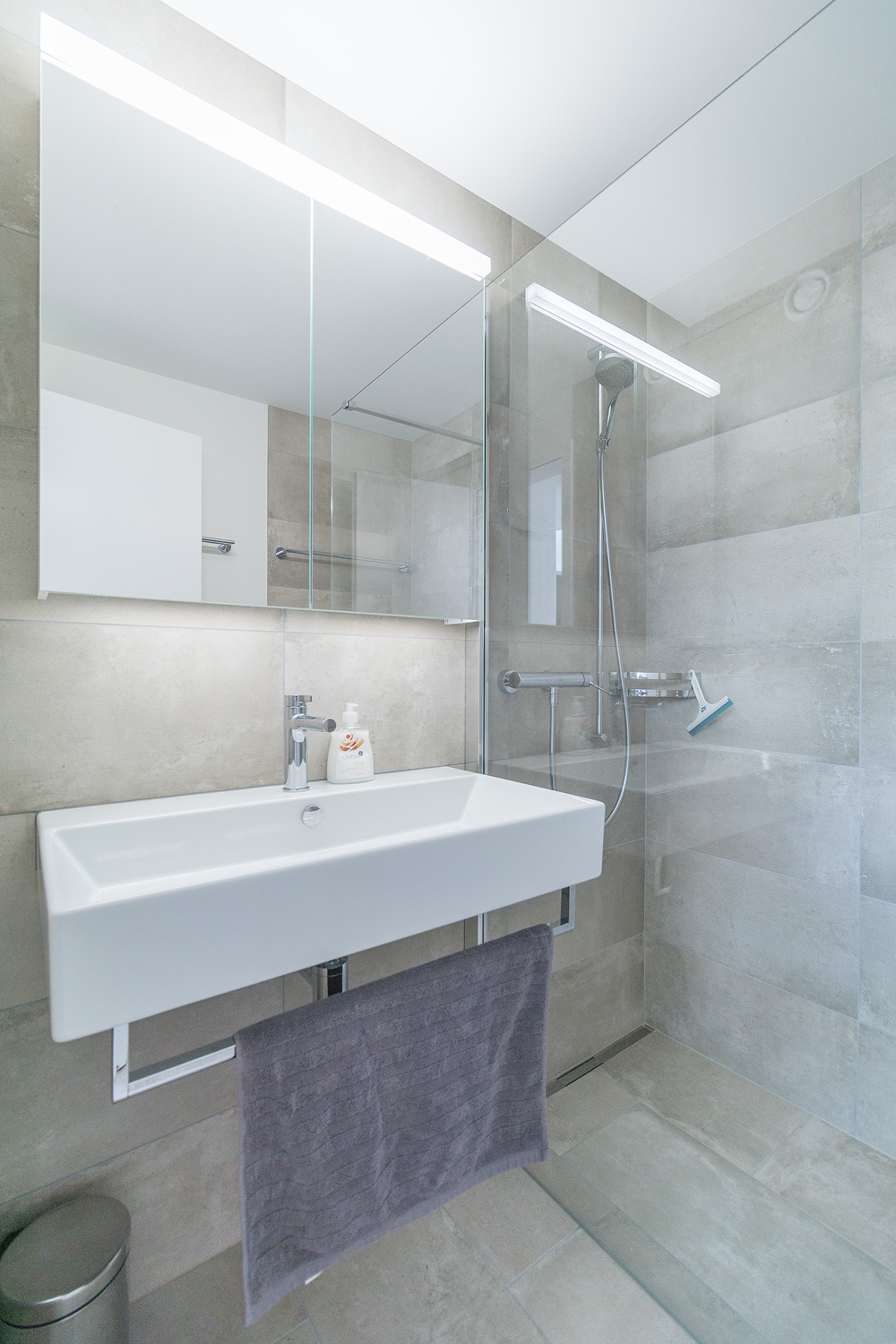 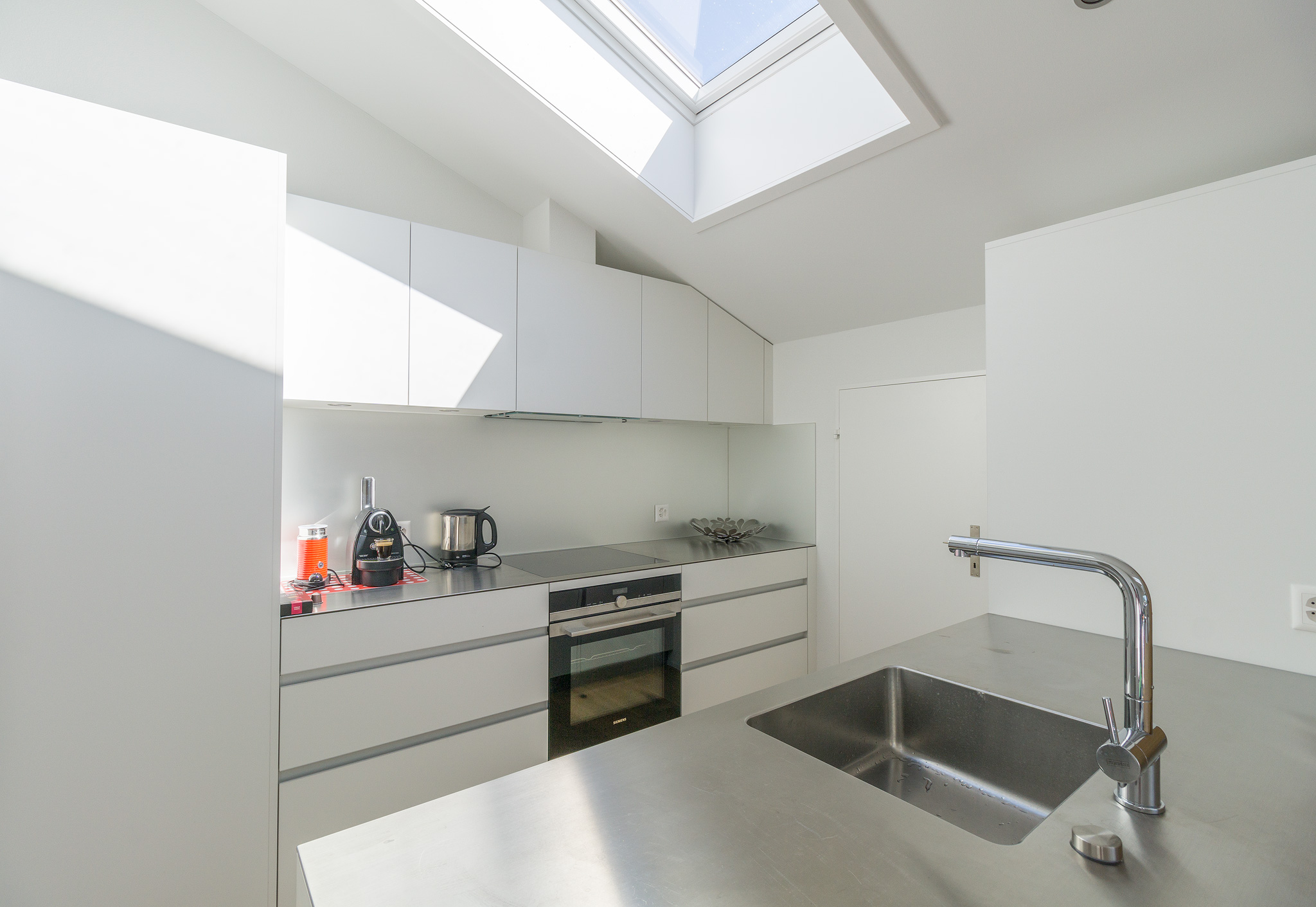