Another bike tour in the Swiss Alps, probably the last of the year, as snow is forecast for the next 24 hours. And that’s difficult to believe. Trusting (my mistake) the weather forecast, I embarked for my little trip with enough warm clothes to survive a winter in North Pole.

The moment I got out of the car on the parking lot at 1100m high, I knew I could leave my survival kit in the car as the temperature was already well beyond the forecast. 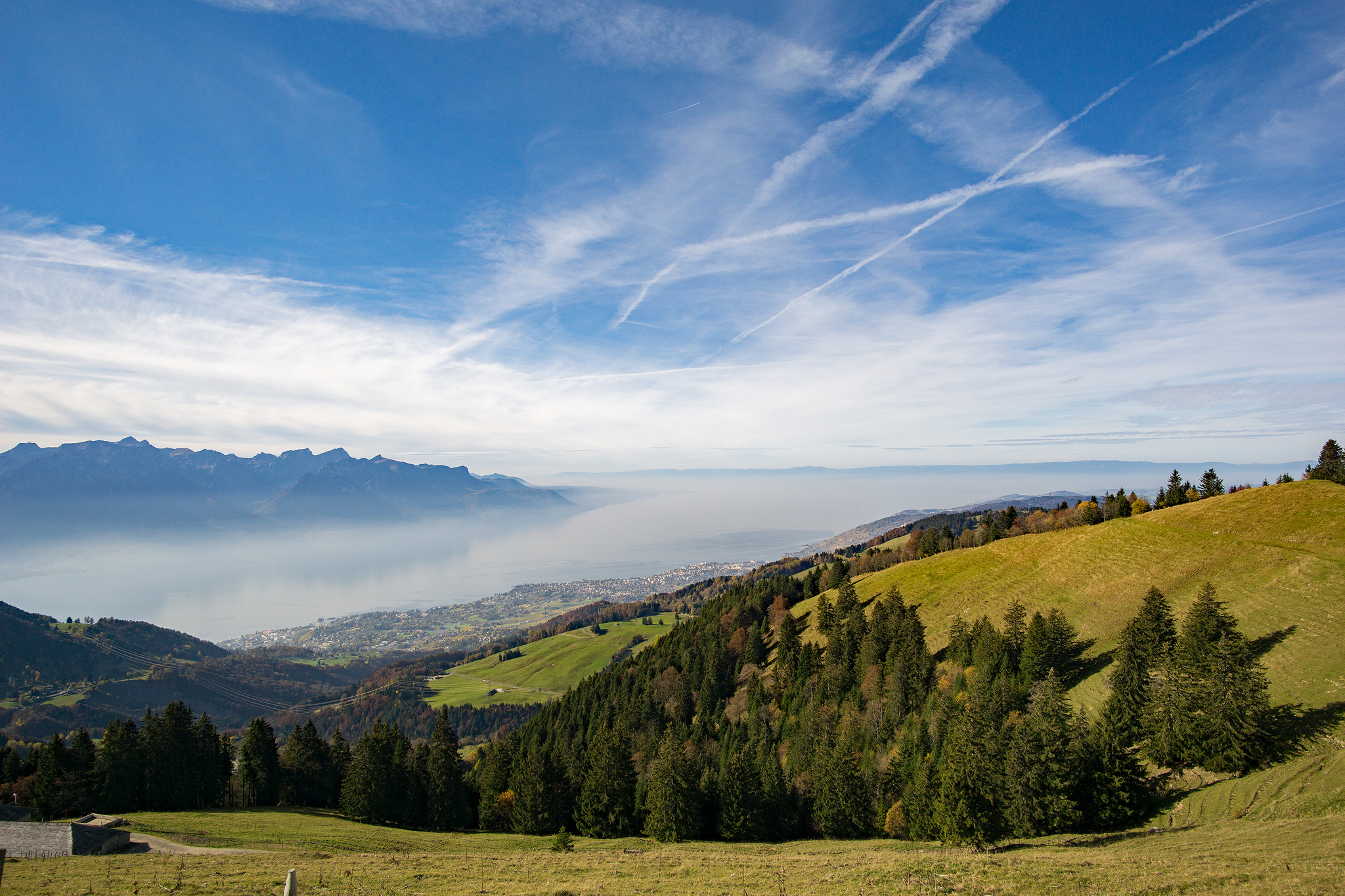 I leave out the usual troubles I’m running into while going for a bike ride; like complicated family plans, a rear derailleur that not matter how much I take care of it stops working when I most need it and the GPS following a track that should lead me to the moon. 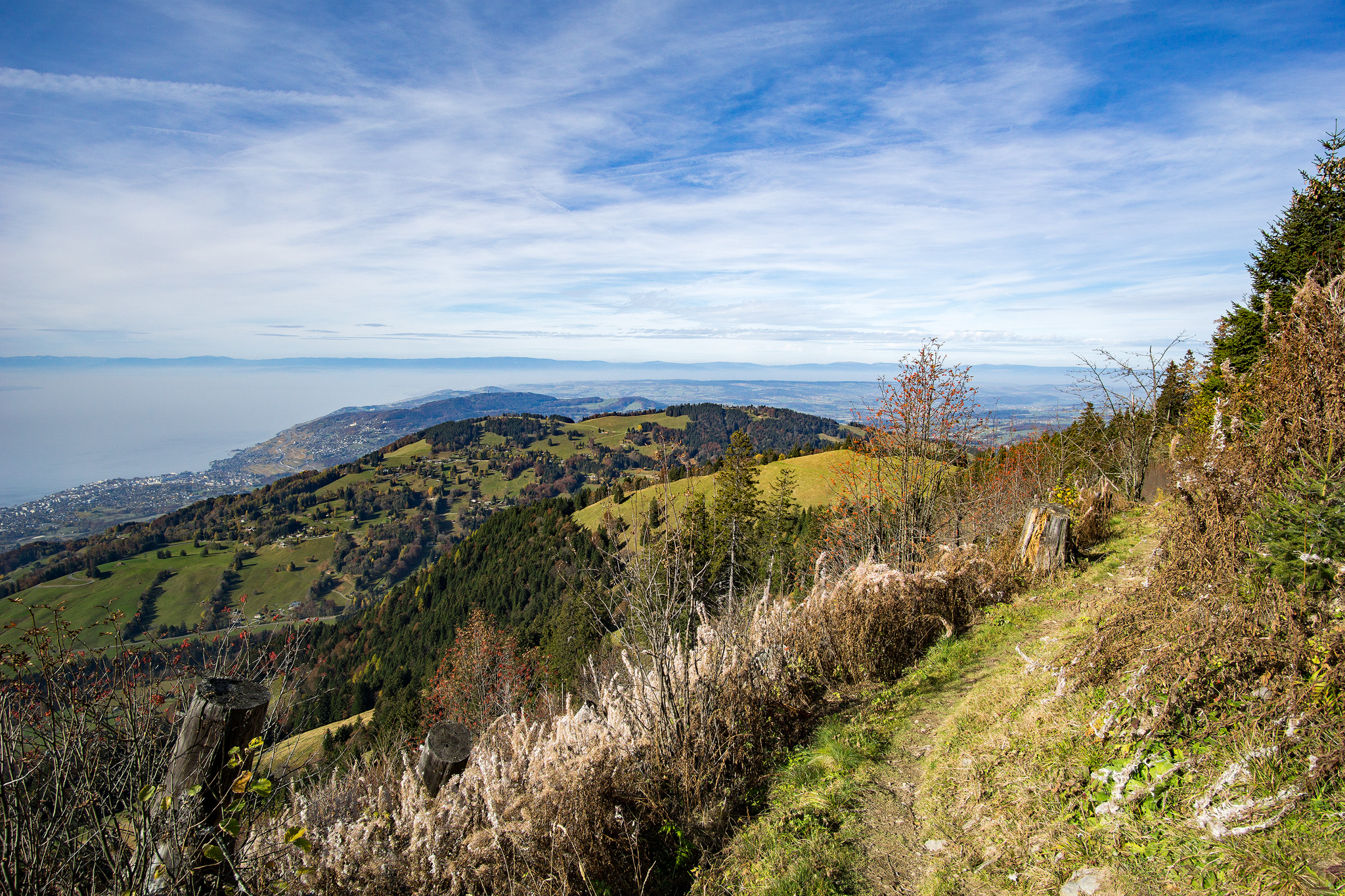 Quickly, the bike jacket found its place for the day; in the backpack. That left me riding most of the day in underwear. Because it’s already late in the season, the pastures are emptied from cows.

Because there are no cows, doesn’t mean human have disappeared. While riding a steep climb, a trailer passed me by. A bit further on an uneven ground, we were climbing at the same speed, passing another mountain biker by. The two of us seriously considered the possibility to continue on foot given our ridiculous slow speed.

That slow motion procession lead me to a trail which I expected to be fun and easy to ride. From experience, I know supposedly ridable trails can take ages to cross when I have to carry/push the bike and are somewhat exhausting. That particular trail was no exception. The trailer definitely vanished ahead. 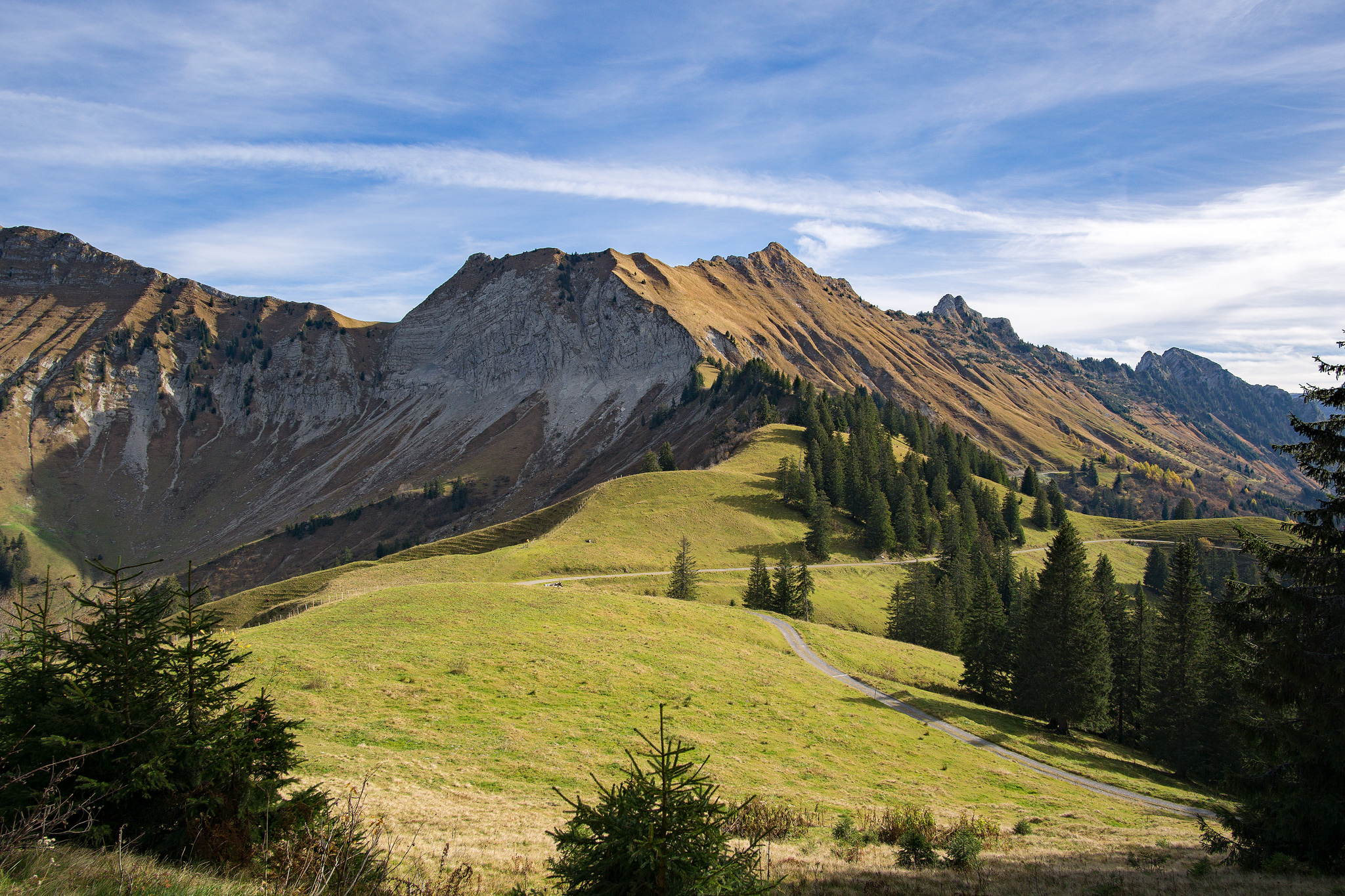 Eventually, I arrived at the pass I was expecting. The irony is that I deliberately chose another road to reach that pass because I wanted to avoid the 15-20min of carrying the bike. Definitely not a wise choice, but I was granted with beautiful sceneries and unknown trails, which were worth the detour. 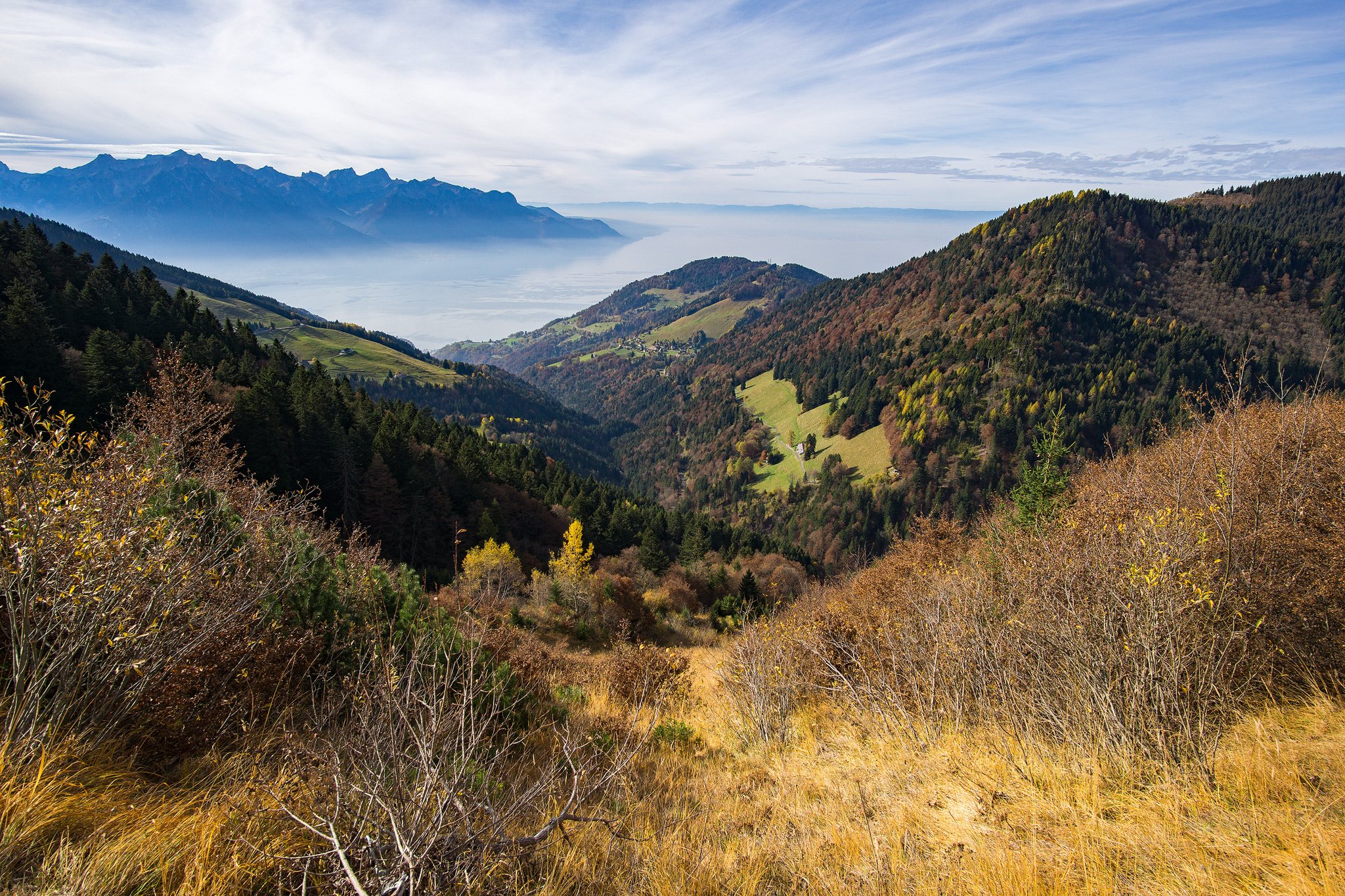 The Jaman pass was my next destination and the not so funny downhill as I rode with a hardtail bike and when I forget it, I manage to ride in a ditch and get all the impact in the back. At the foot of the Jaman pass, there is a valley of sort which has terrible vibes. I can’t explain it, I just cannot stand this place. It reminds me of horror movies (feeling speaking). I have no idea why, the scenery can be beautiful, though, but as far as I’m concerned, I just want to leave as quickly as possible. 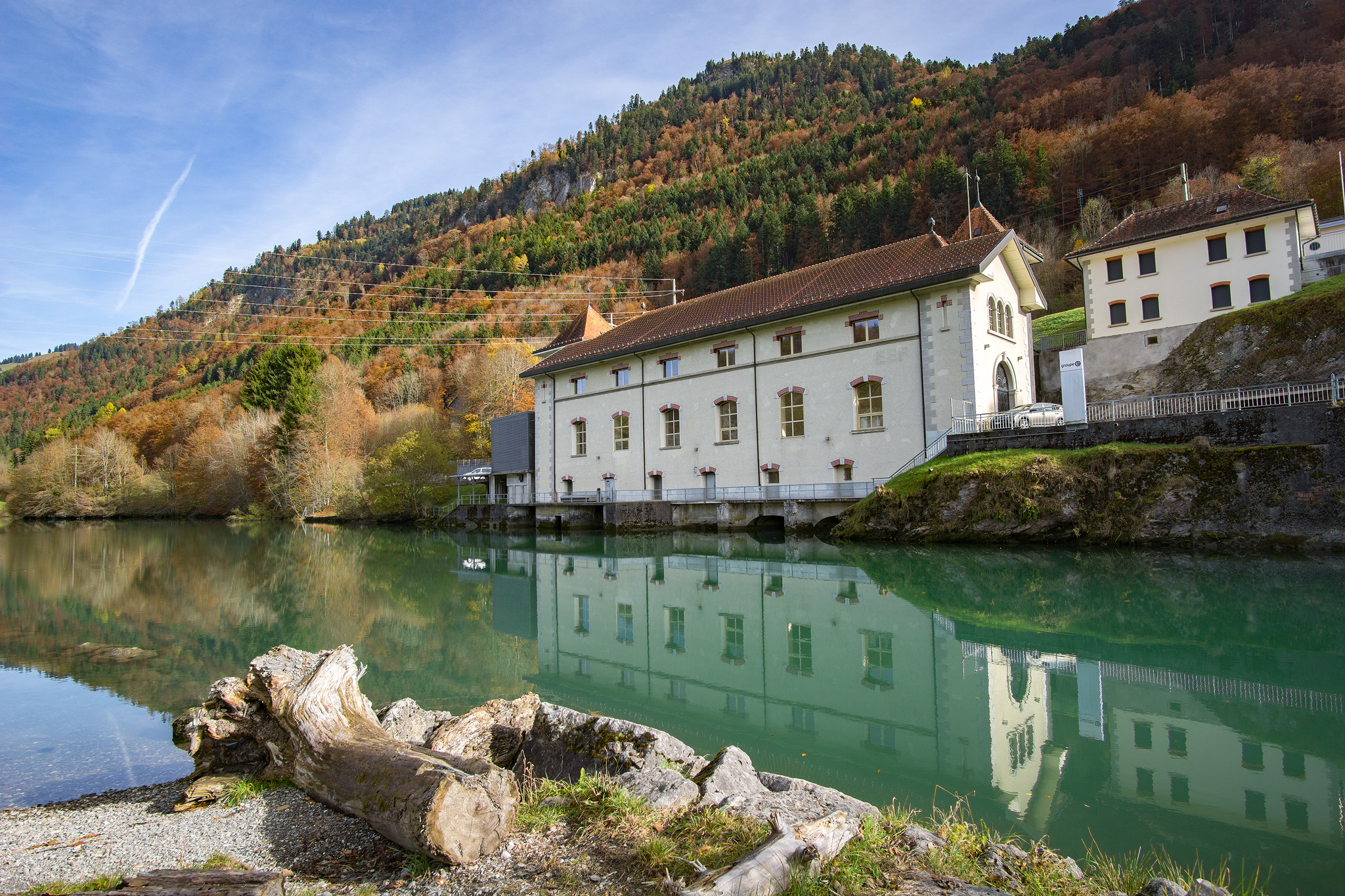 That uncomfortable feeling extends to the rest of the valley, albeit less strong. Even when I climbed back to reach my starting point, I could feel the strange wibes. There is something about that area that is off, I have no idea what. 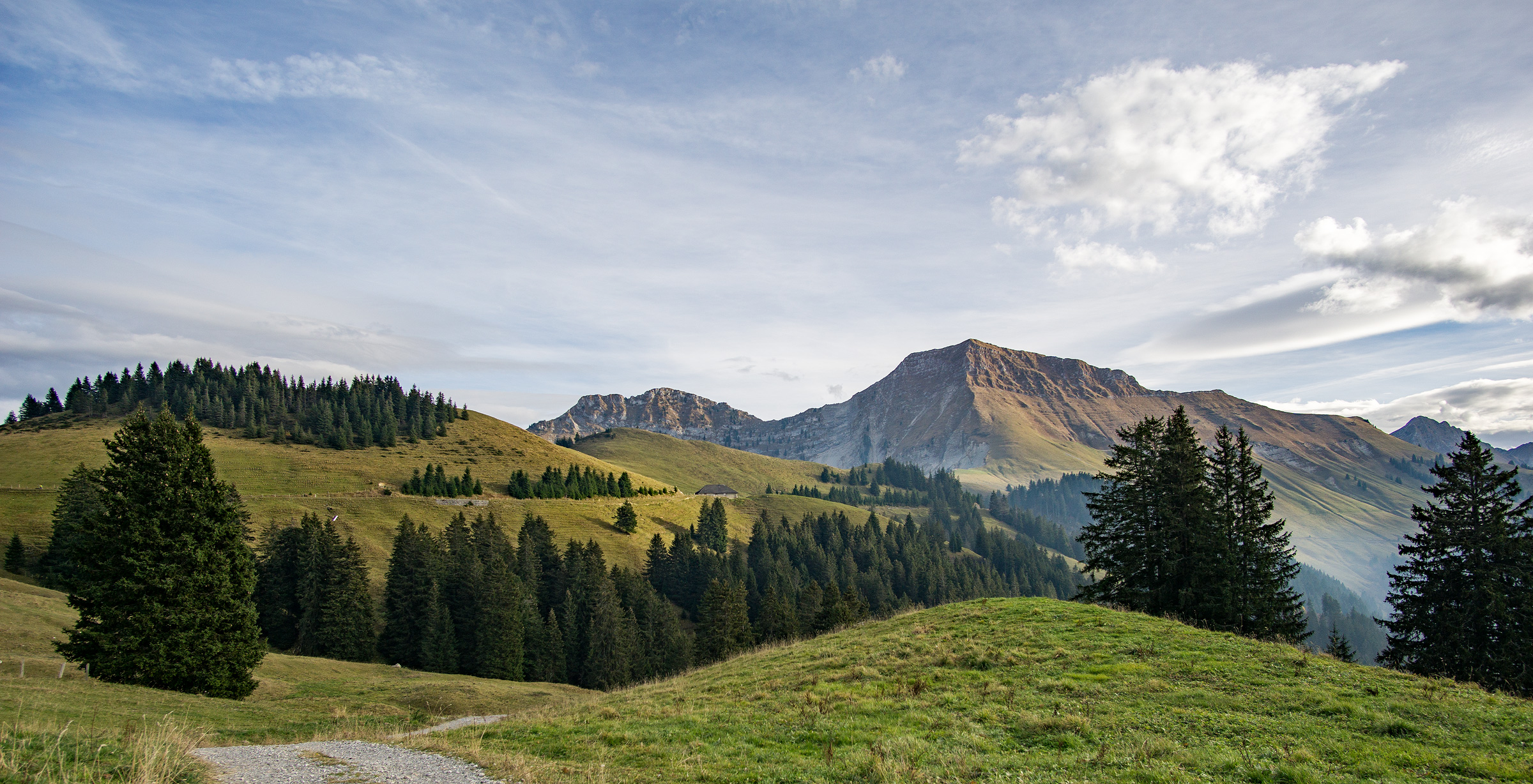 The sky was more and more cloudy, maybe there will be snow after all. In the picture above, you can see a blue fog of sort on the right. Someone lit a fire on the morning in that area and a huge surface was covered by blue smoke. I wonder when we (human as a specie) are ever going to become aware of our surroundings and Mother Earth and stop the madness of unnecessary pollution.

Wandering in the mountains