My second day of vacation of the year! Being self-employed and a mother has its advantages, as well as its disadvantages. Among the latter, vacations is a fantasy at the moment.

As far as I’m concerned, holiday means to be free of schedule constrains. So a day in the mountains is all I need. One of my secret dream is to have a whole week in the mountains! I’m not sure the whole family would agree, though.

For today, let’s explore the area near Liddes, Wallis, Switzerland. Last fall, I had visited Bavon, which is atop Drance, near Liddes. From the top, I could see a trail, seemingly (emphasize on “seem” ) flat, going from one end of the valley to another. That looked pretty cool and I noted to myself to explore the area when the warm season would be back.

And explored I did. Actually, I found out that the tracks I followed are prised by mountain bikers.

It all started near Liddes, going gently upward, then less than gently. 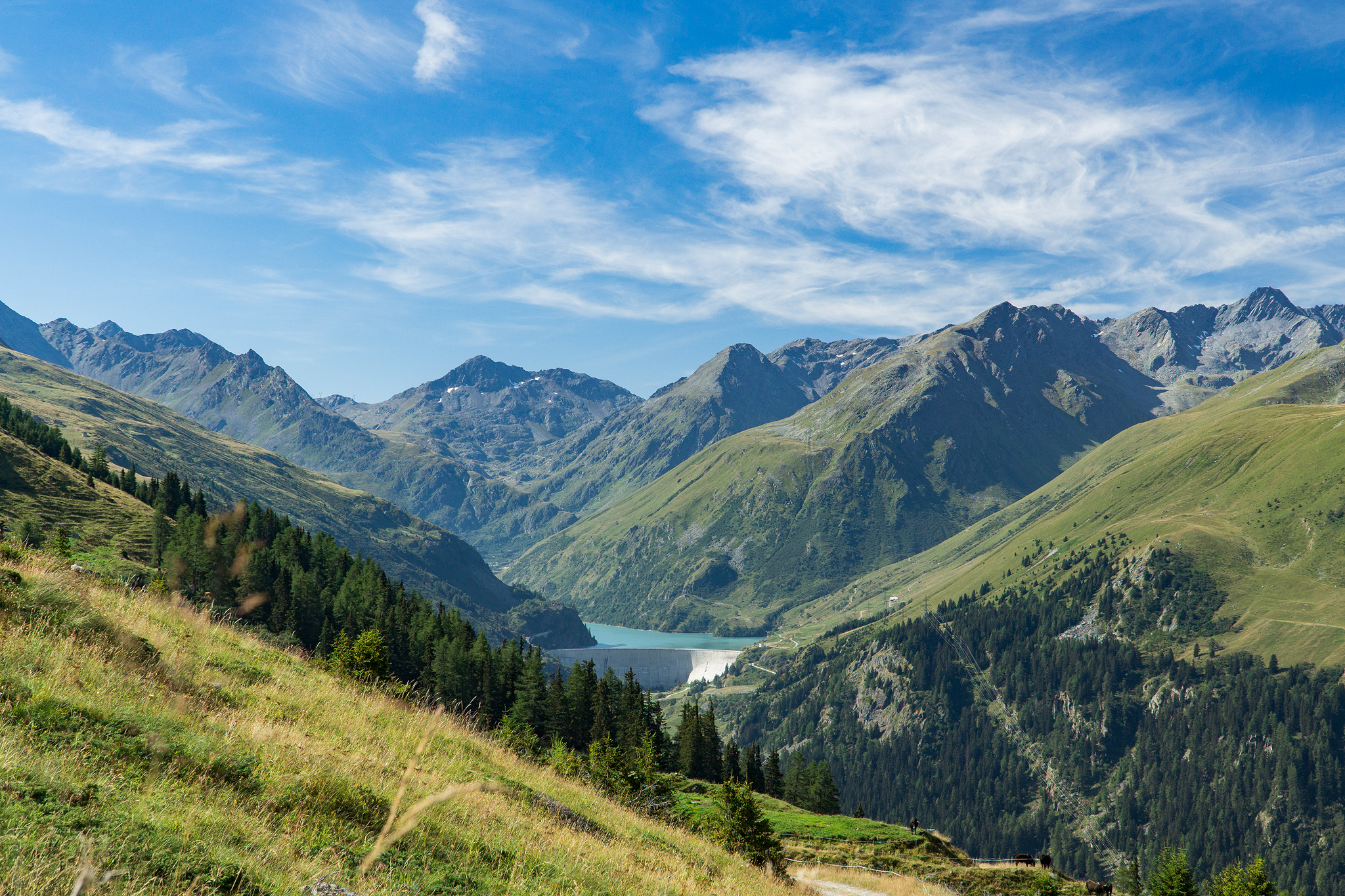 This is when I realized that the track wasn’t flat at all. Oh, it was, for at least 1km. 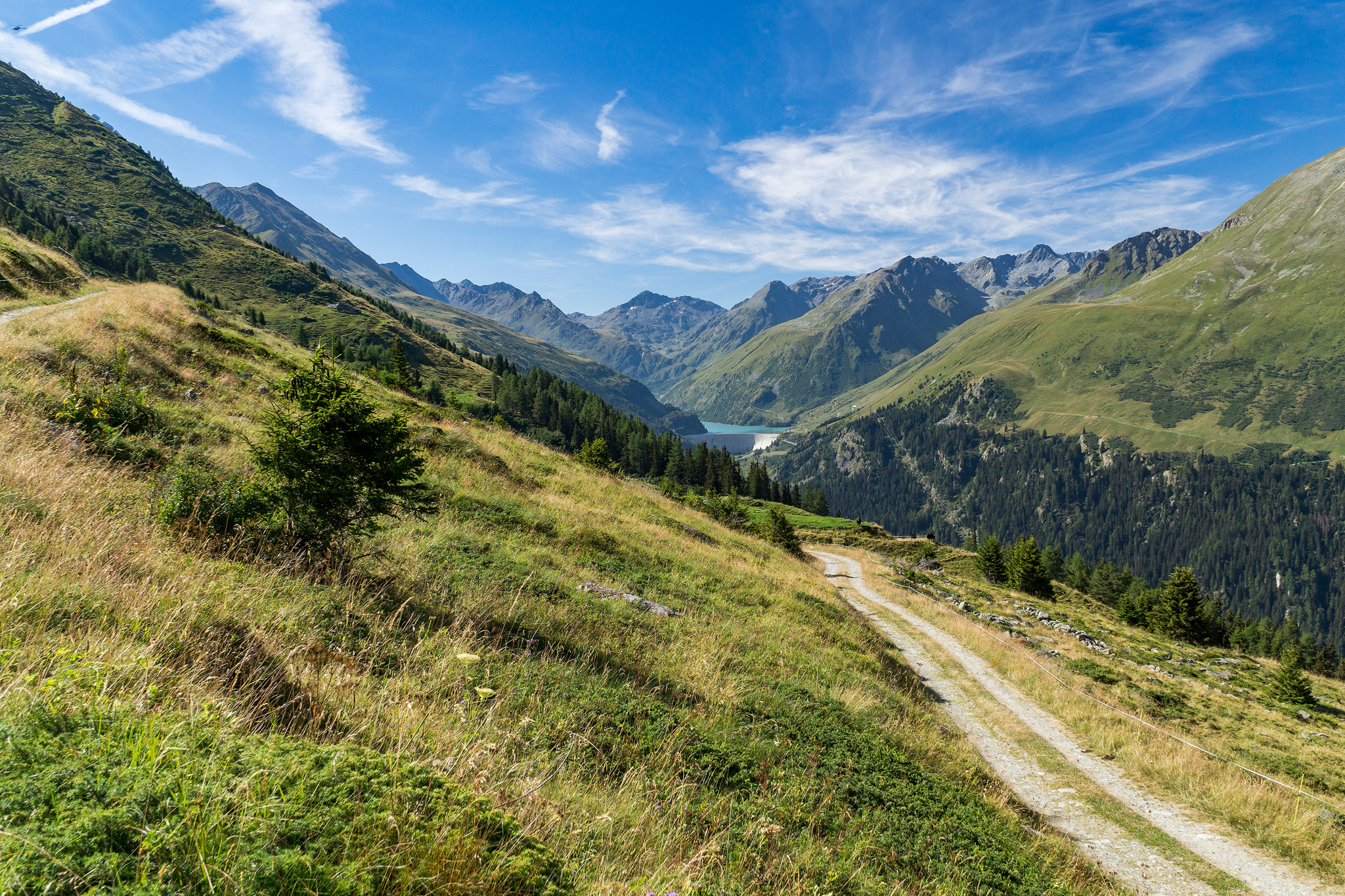 Now, there are all these rather nice summaries on the web from people who have done the trail and put comments like: “so easy, I just climbed on the rear wheel, then went straight downhill through a cool track tailed for mountain biking. Fingers in the nose.”

I forgot how shrewd the human ego can be. 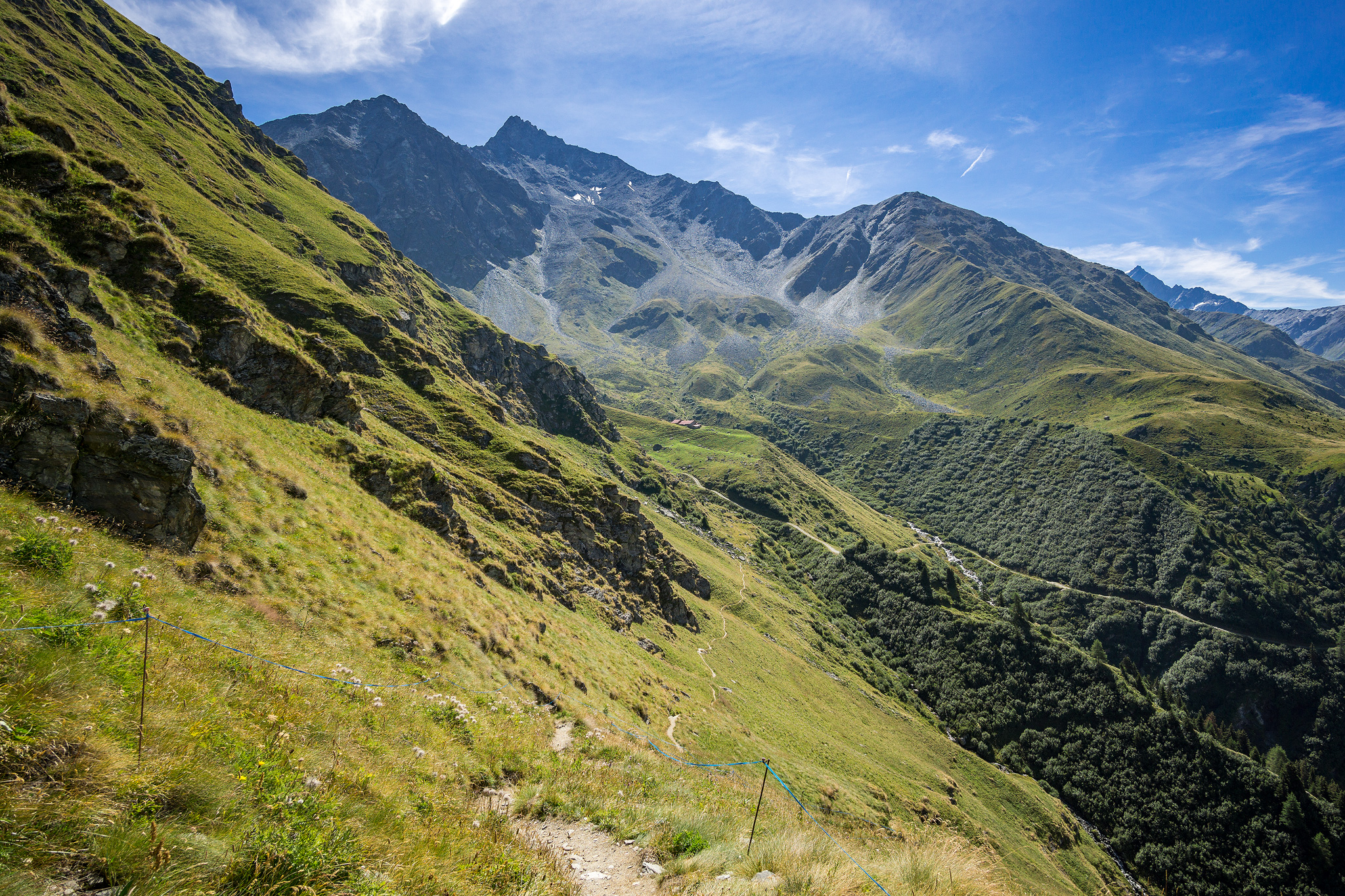 Did I tell you that the not so fun part about losing weight is that now I’m aware that my bike weights *a ton*.

Anyway, after much pushing/carrying the bike, I arrived at Le Coeur. By that time, my already tired self was sliding toward exhaustion. 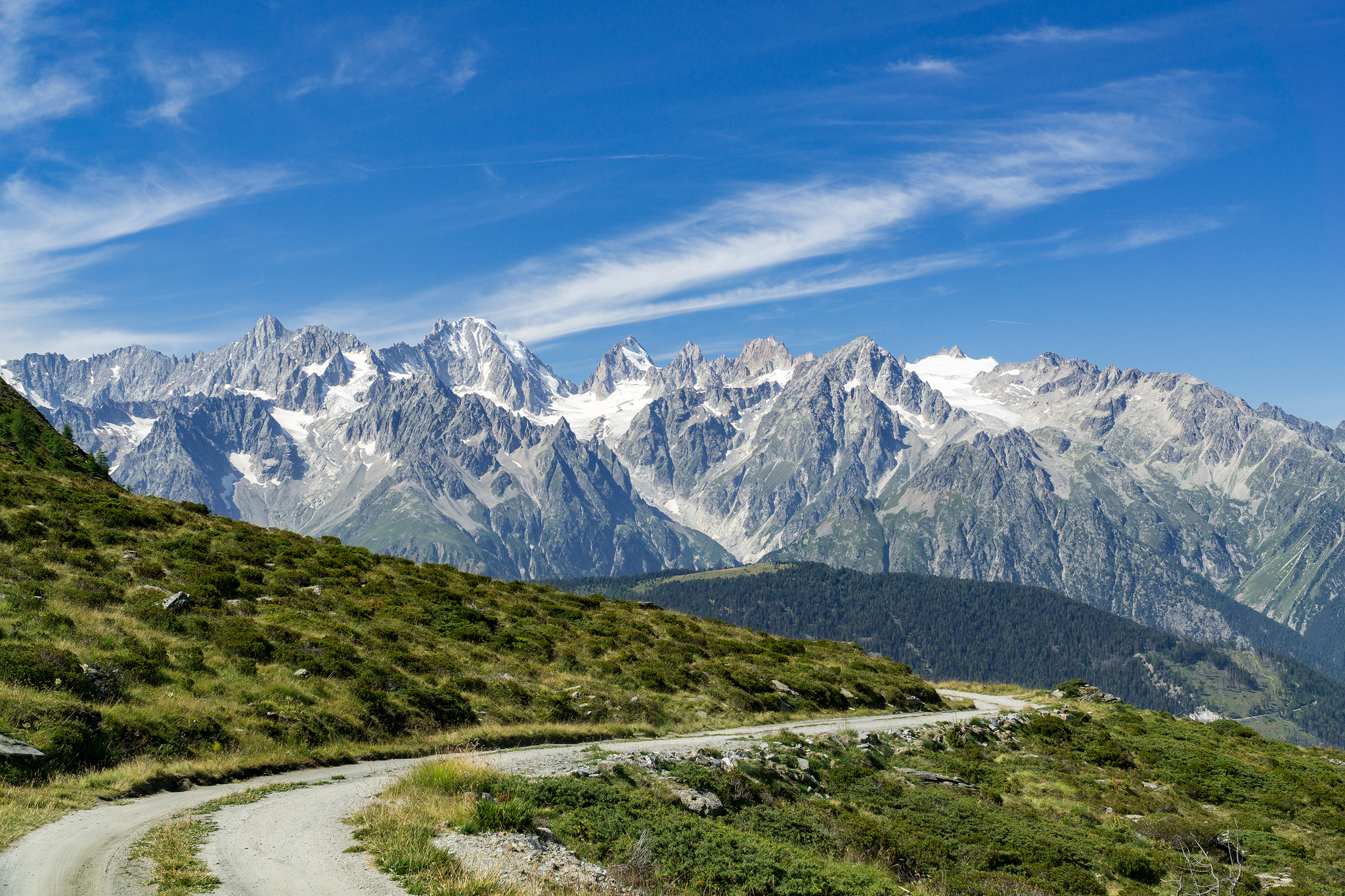 My destination was the Col de Mille. But when I stopped at a beautiful fountain with clear mountain water, spent 20 minutes taking pictures of anything, eating whatever I could find, I knew I wasn’t up to 35min of climbing/pushing/carrying anymore.

But, I still trusted that review on the web, and searched for the Holy Graal tracks which should have led me straight to the valley.

I found nothing but cows and trails that, hum, maybe a downhill world champion would enjoy. Me not. 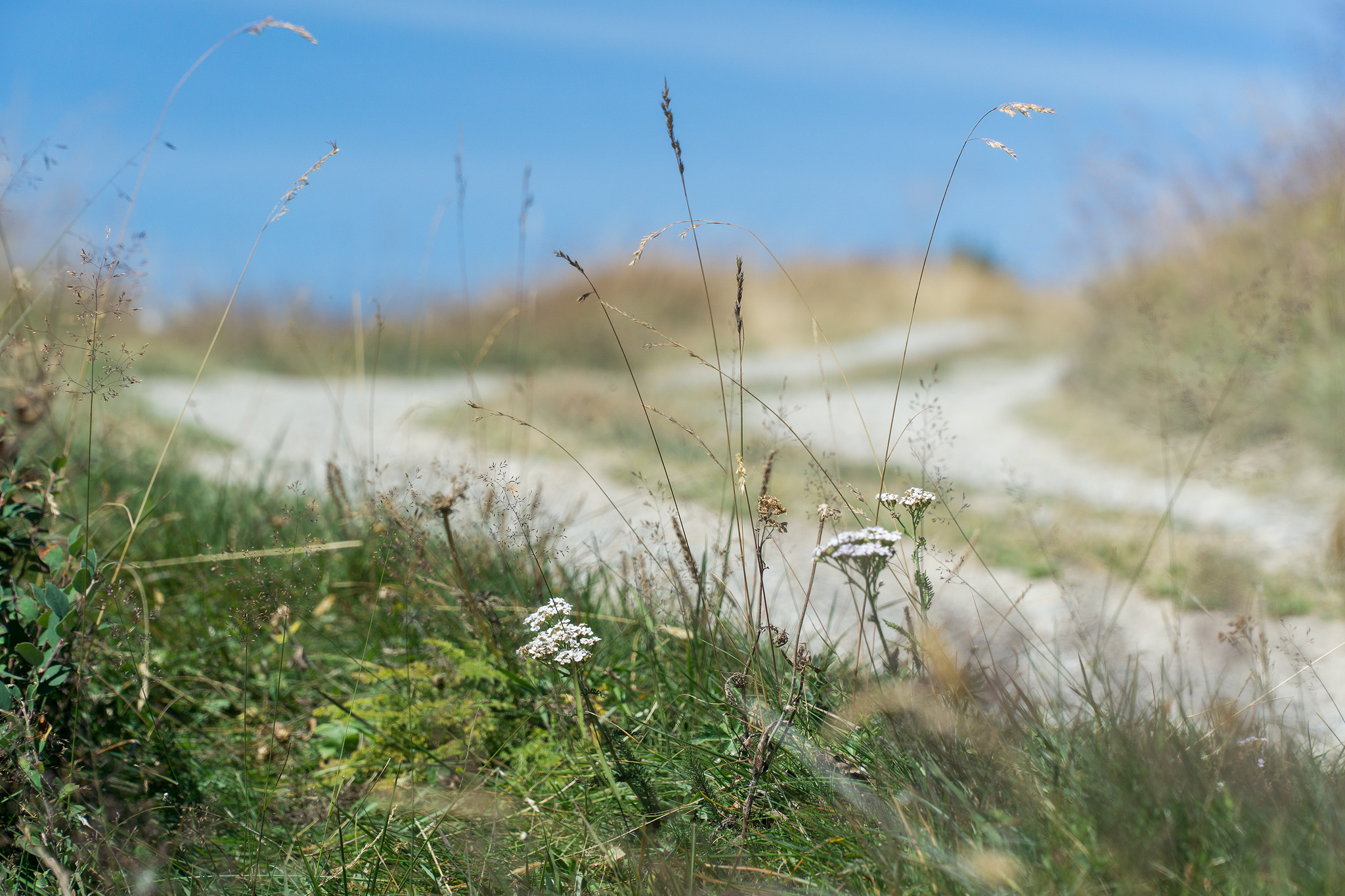 So, I was a bit disappointed, but happy nonetheless to have spent the whole day alone. Almost. Met at least 104 cows.