Europe is going through an interesting cleansing period, for those who have eyes to see. Actually, the more aware one is, the less fear and stress the apparent turmoil is having an impact. As far as my small and insignificant person is concerned, two days of sun were enough to enjoy my first “vacation day” (if 6 hours can be called a day) of 2016, away from all possible turmoil. 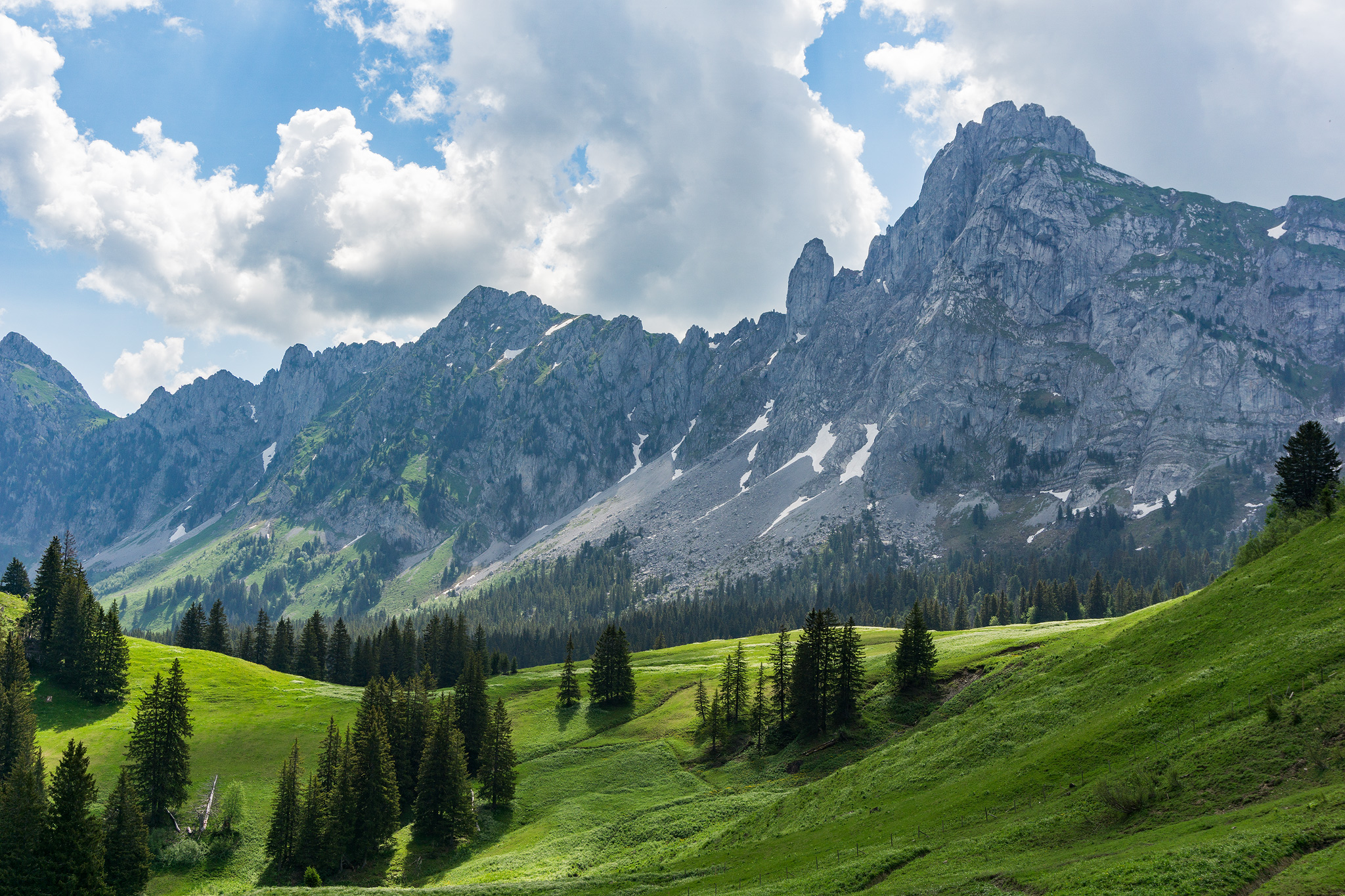 The plan of the day was apparently quite simple. Ride my bike and enjoy myself. Somehow, the goal was achieved. For those enjoying more lengthy tale, here you have, though I’m not good at telling stories. The track was roughly about starting from Charmey and climb up to the Hochmatt, a mountain somewhere in Jaun area.

The first challenge was to pack my stuffs and these of one of the child who was going to the swimming pool. I’m not sure a bike helmet would have been useful for bathing but her swimming suit would definitely have been no use for me. I solved that part by dedicating time span for each task. 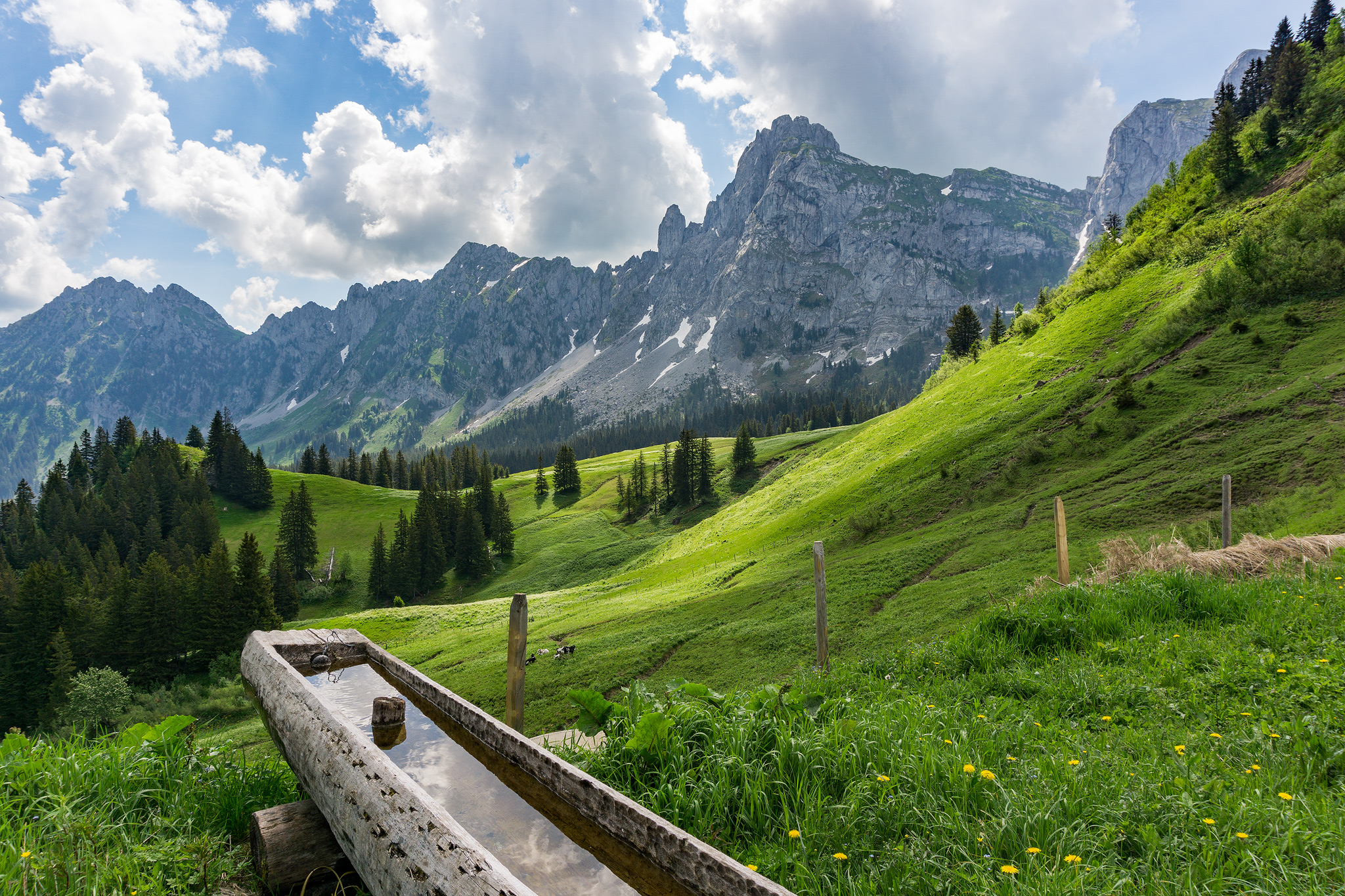 La Gueyre, Hochmatt. The most welcome fountain of the day.

What I forgot, though is that my mountain biking skills were on pause since two months. The first trail was quite tricky for my rusted skills and one of my hips now has a nice blue/violet colour after a close encounter with the ground. 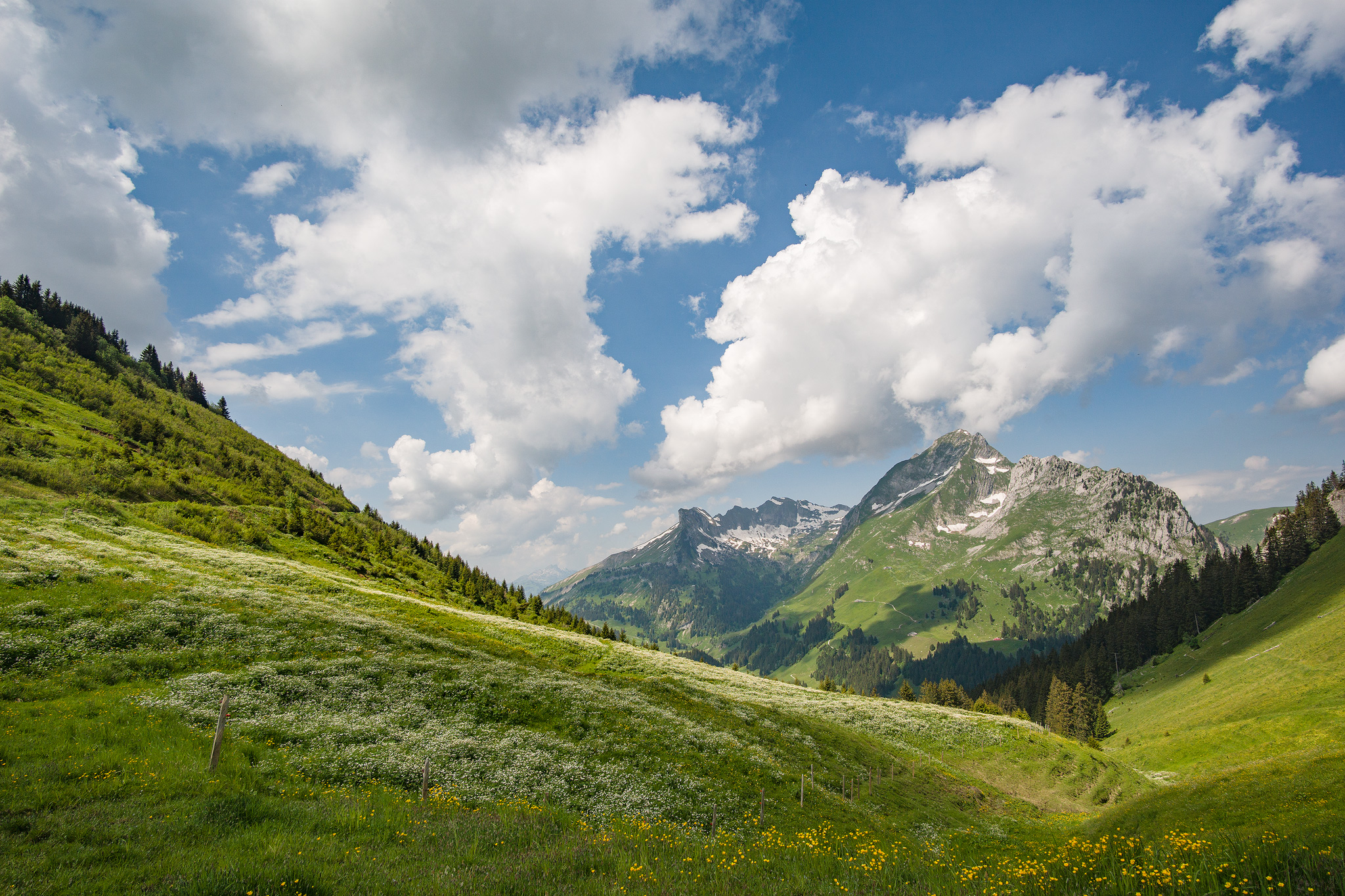 While climbing, I tried to clear my mind from the neighbour’s barking dogs. I won’t go into the details about what I think of people adopting a German Sheppard dog (along with two cocker)  in a residential area and locking the dogs alone at home during 6-8hours several times a week, specially at night. Obviously, the dogs bark continuously, much to their neighbour dismay (I think by now you’ve figured who). The hardest part is trying to have a conversation started, specially when no one is returning the calls. 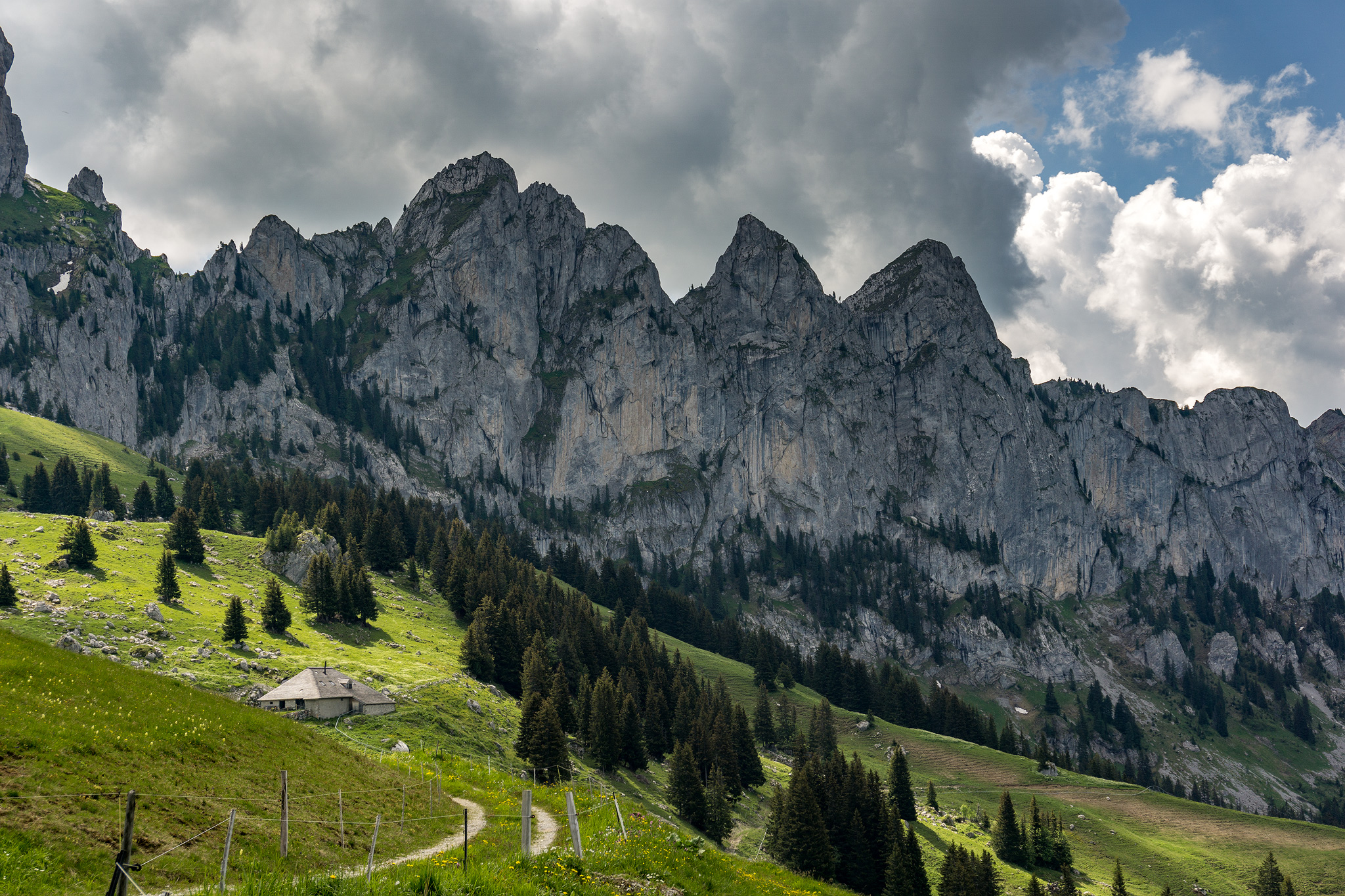 Enough of barking dogs, now on with the bike ride. After a long climb, I finally arrived close to my destination. But the place La Gueyre was so gorgeous that I spent most of my time here (being somewhat exhausted might have had something to do with it). I still fondly remember the fountain, with its crisp and clear water, the most refreshing drink I can remember. 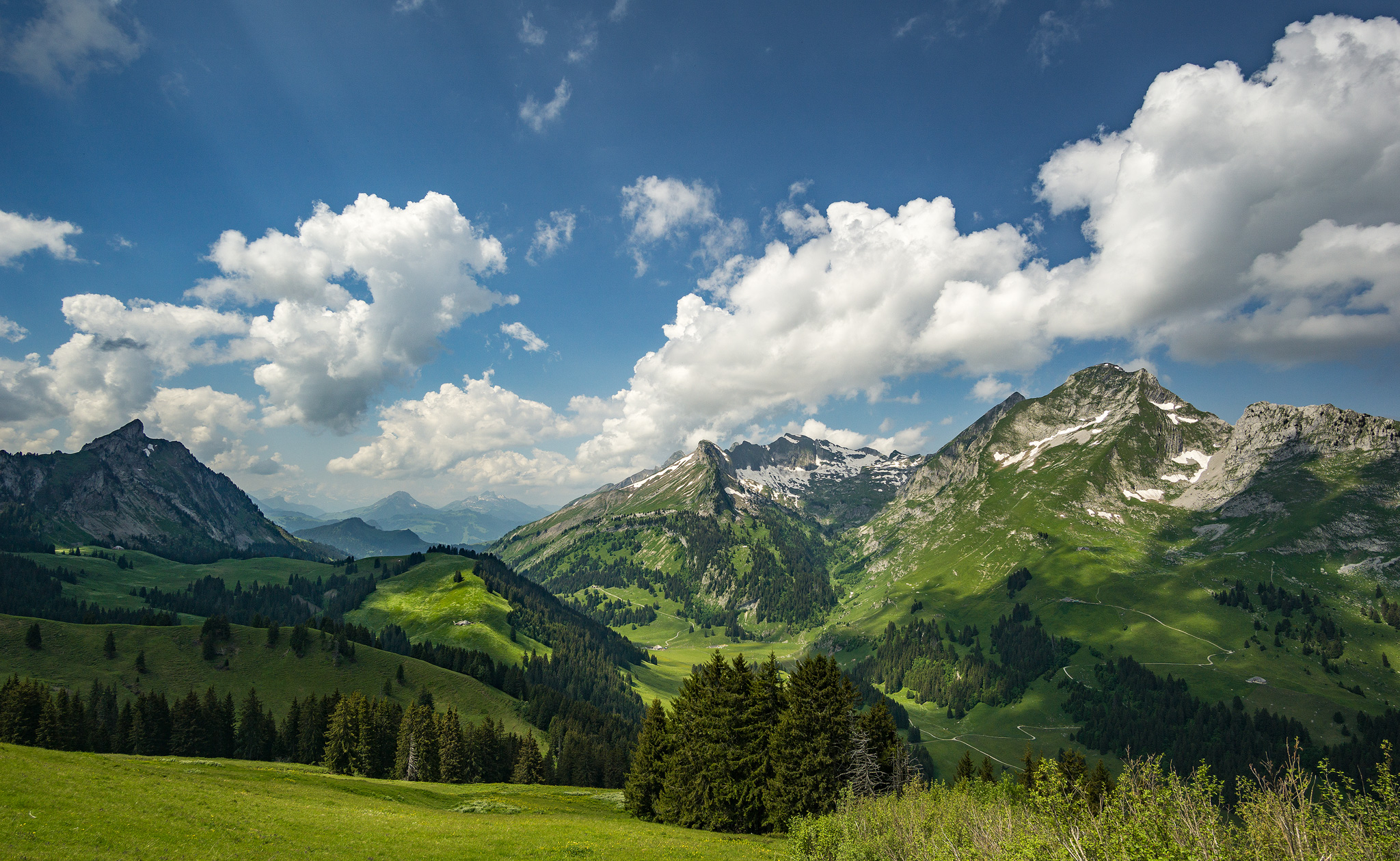 As you can see with the image above, the scenery for dinner was quite good! My only regret was to haven’t brought a camping tent, a sleeping bag, threw the cell phone in a ditch and then disappear for a month or two. 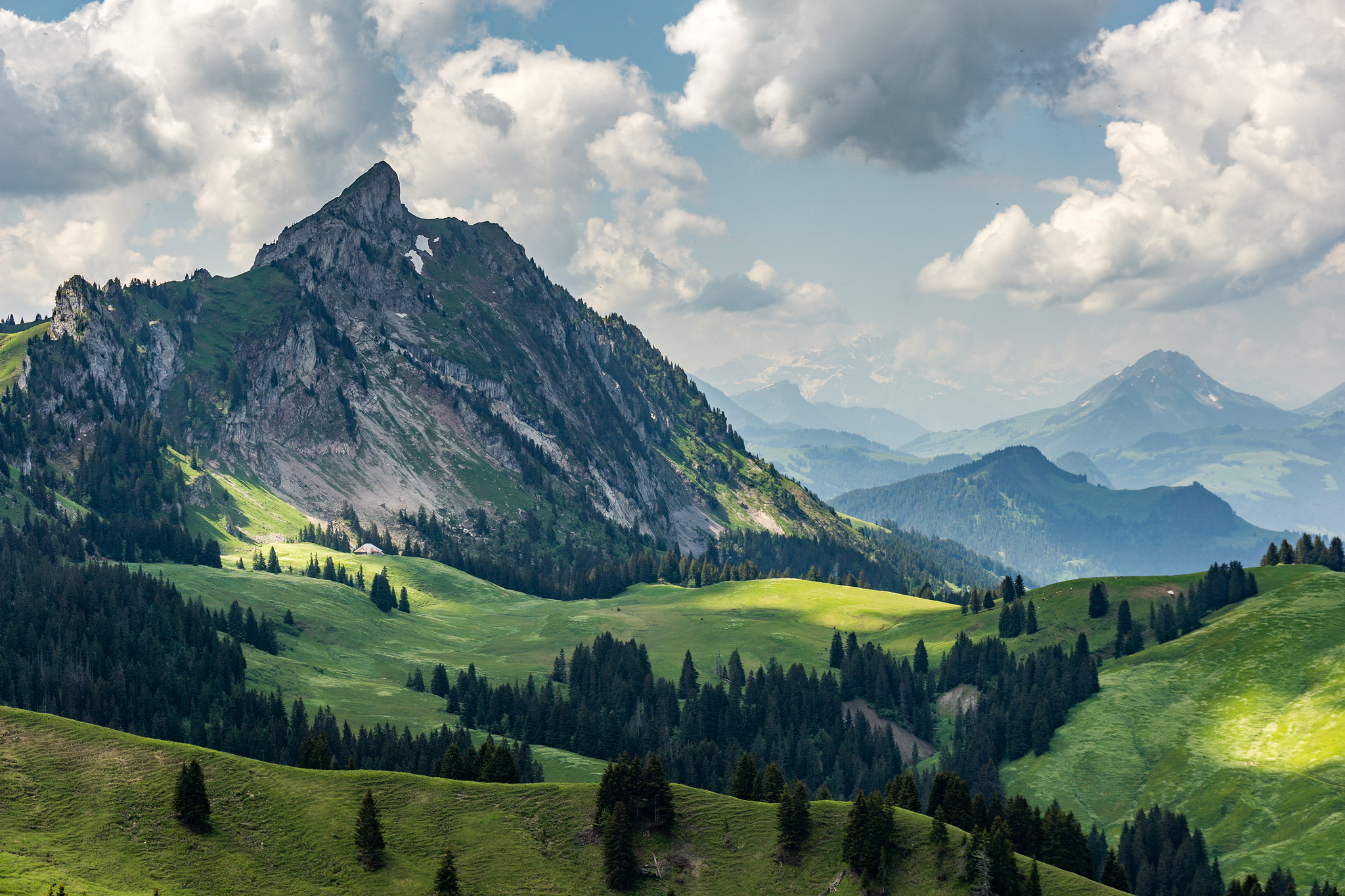 After having finally gathered some courage, I prepared myself for the long downhill. But, after 5min or so, I spotted a trail leading to the Hochmatt pasture. 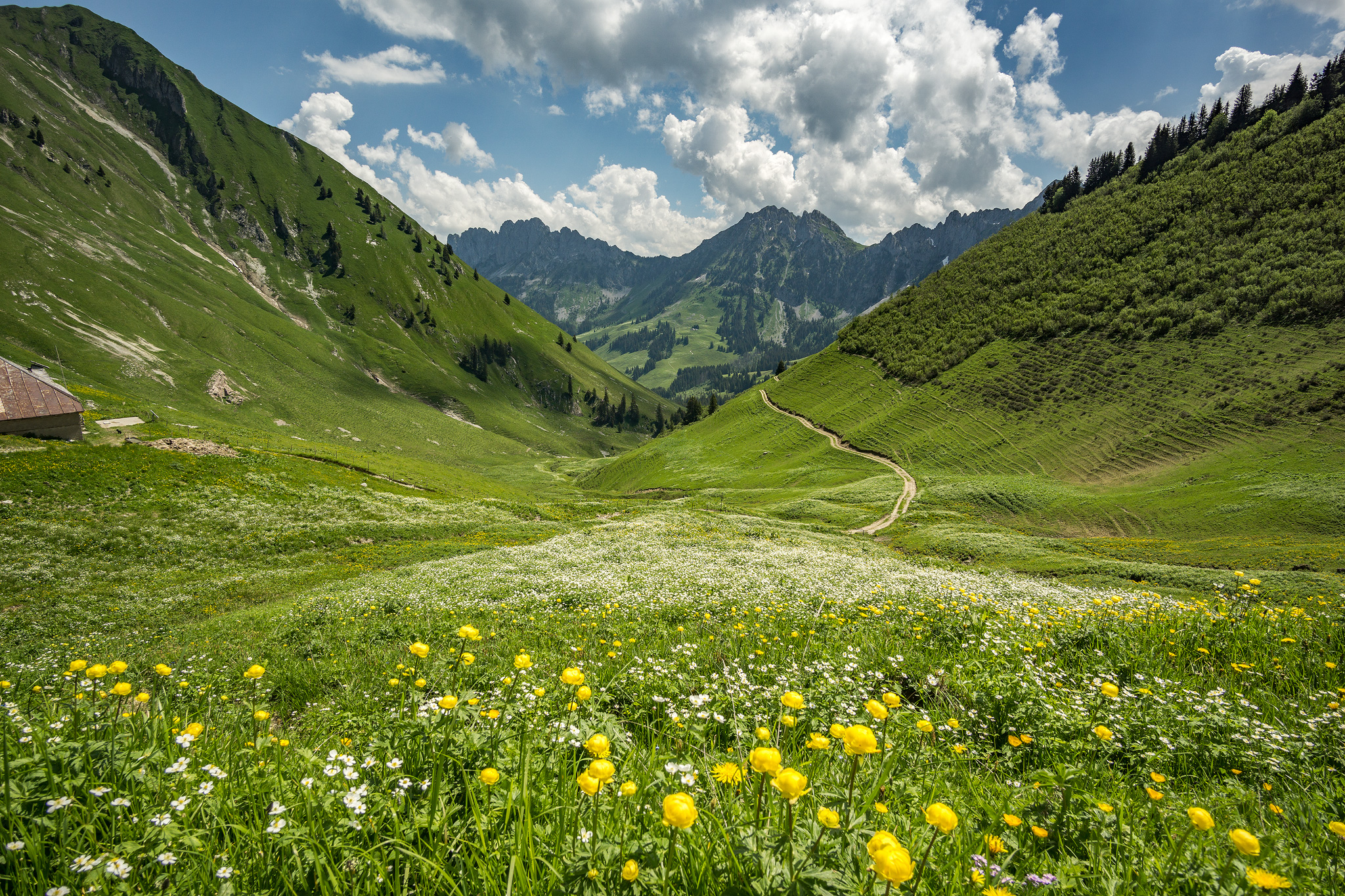 There was only one person apparently living at the pasture, probably for the whole summer. I seriously considered kicking the guy out and settling there. Unfortunately, I know nothing about taking care of cows. 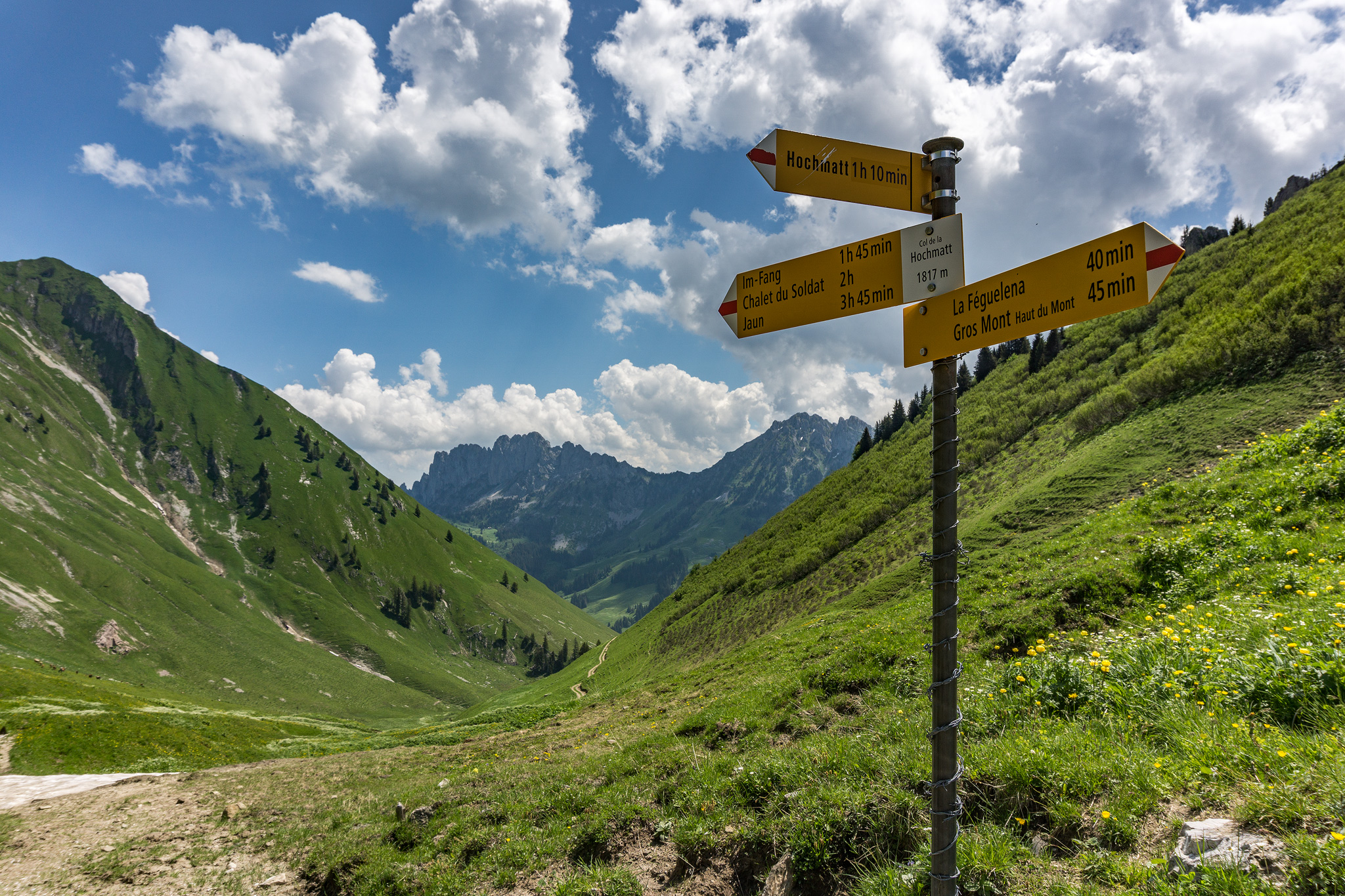 I couldn’t resist climbing up to the Hochmatt pass, expecting a nice view, alas, it wasn’t worth it. That let me with only downhill to go. Minus 1000m elevation. I’m looking forward to the next ride!