I’m still amazed that after decades living at the same place, there is more to be discovered. The Isle of Ogoz is one of these places. The artificial lake of Gruyère waters are very low at the end of winter and early spring, revealing usually hidden landscapes.

During winter, the Isle of Ogoz is accessible on foot, where there is a chapel and ruins. 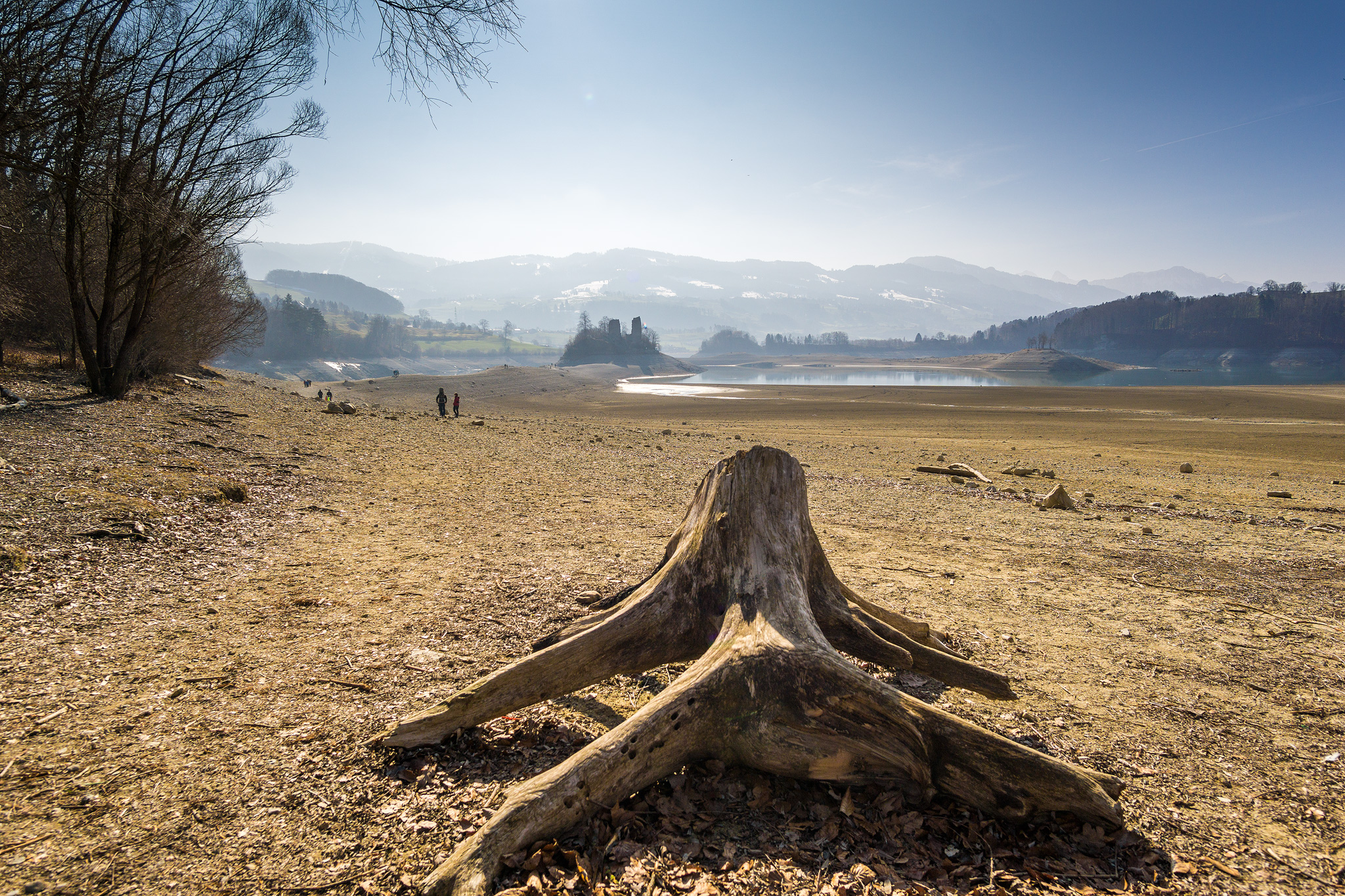 I won’t go into the details about what happens when one brings children along who happen to enjoy splashing in the mud, even if they’re well over 12 years old. 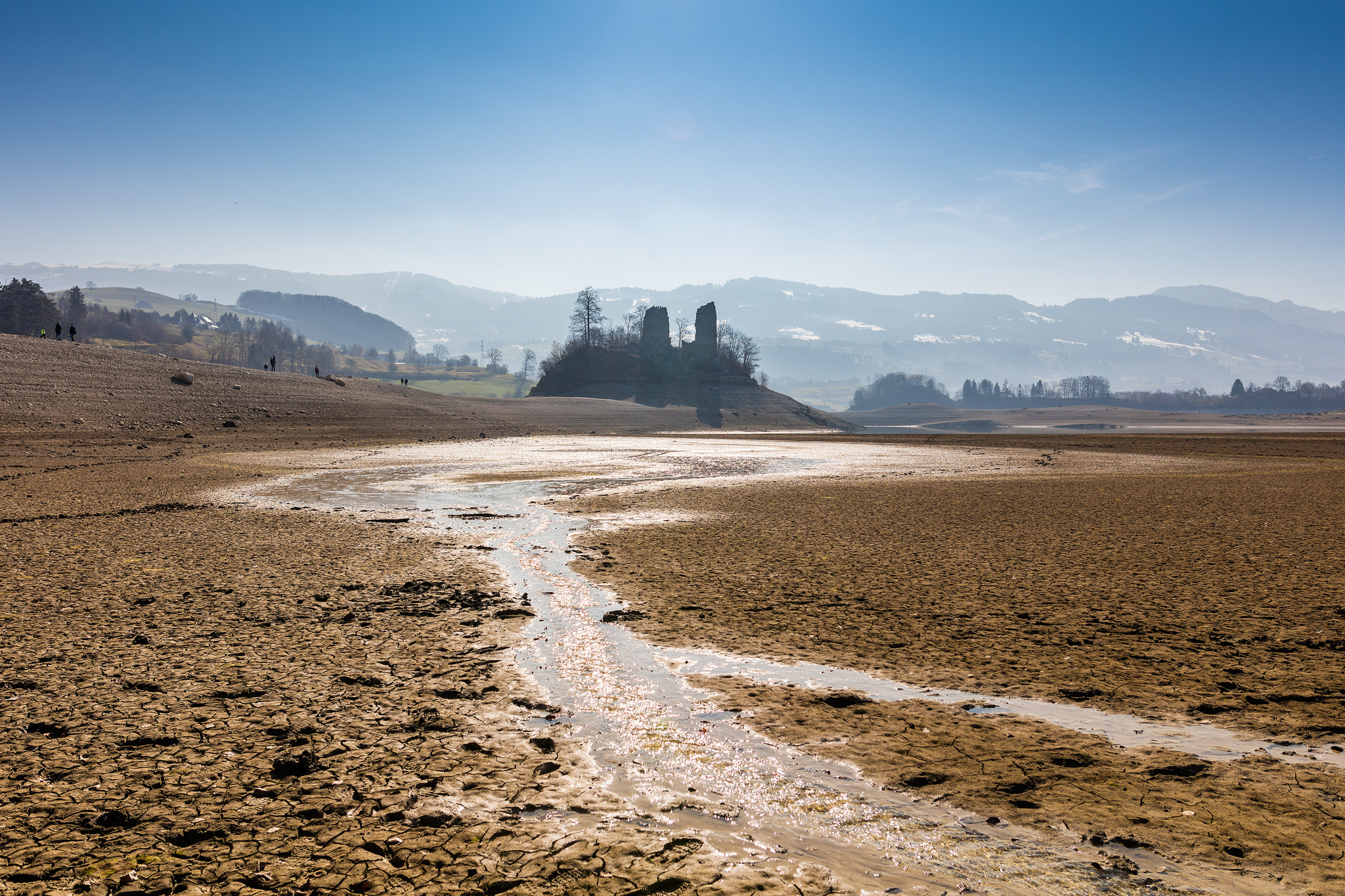 Unusual low water level, 20 meters below the average for this season.

During summer, the Isle is only accessible on boat.

The highway along the Gruyère lake.

Highway bridge structures being revealed. Sunday isn’t the best day of the week to pay a visit to this place, unless you love to mingle with the crowd. 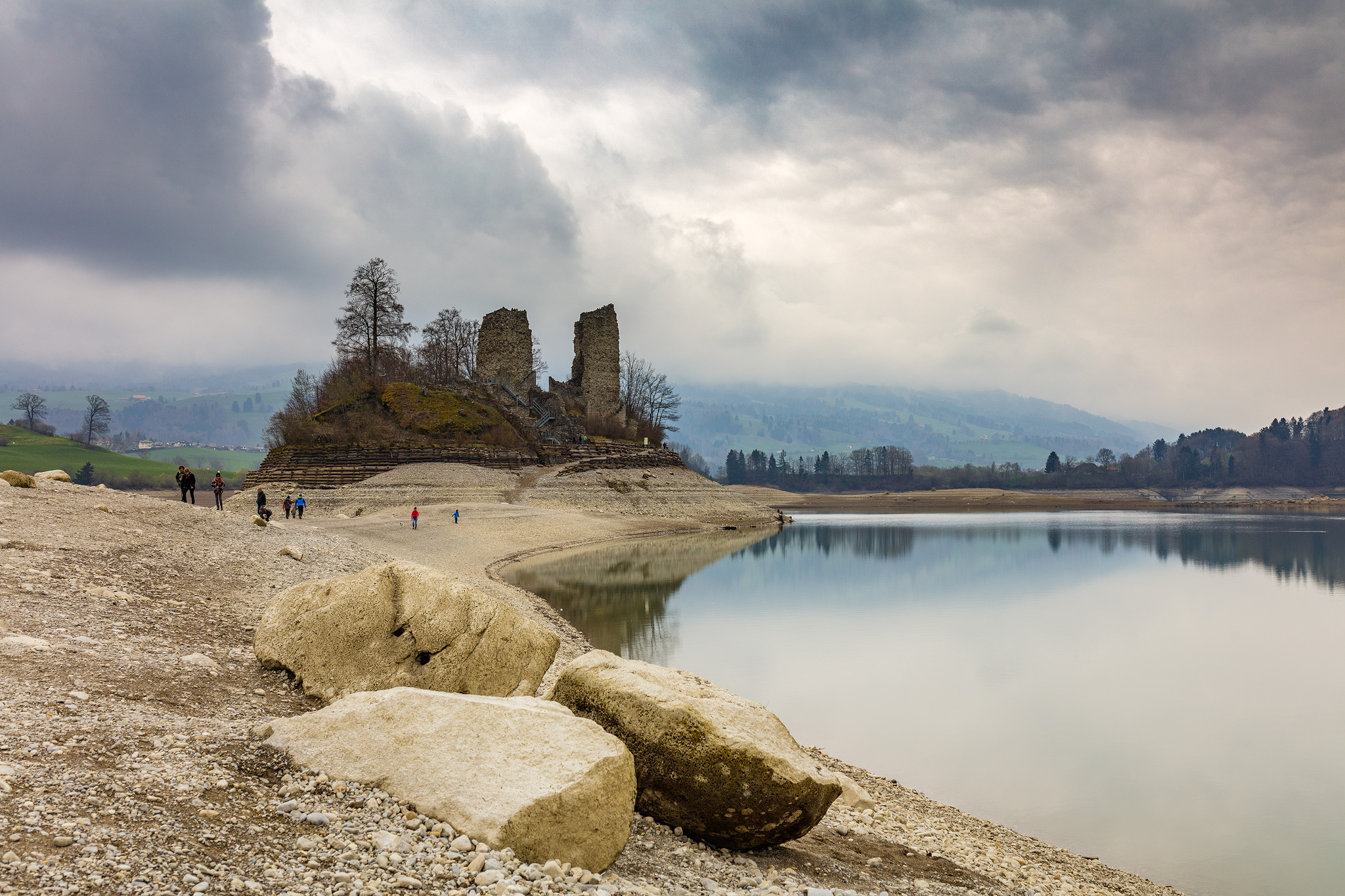 Unfortunately, sunny days seem to be optional in this country. 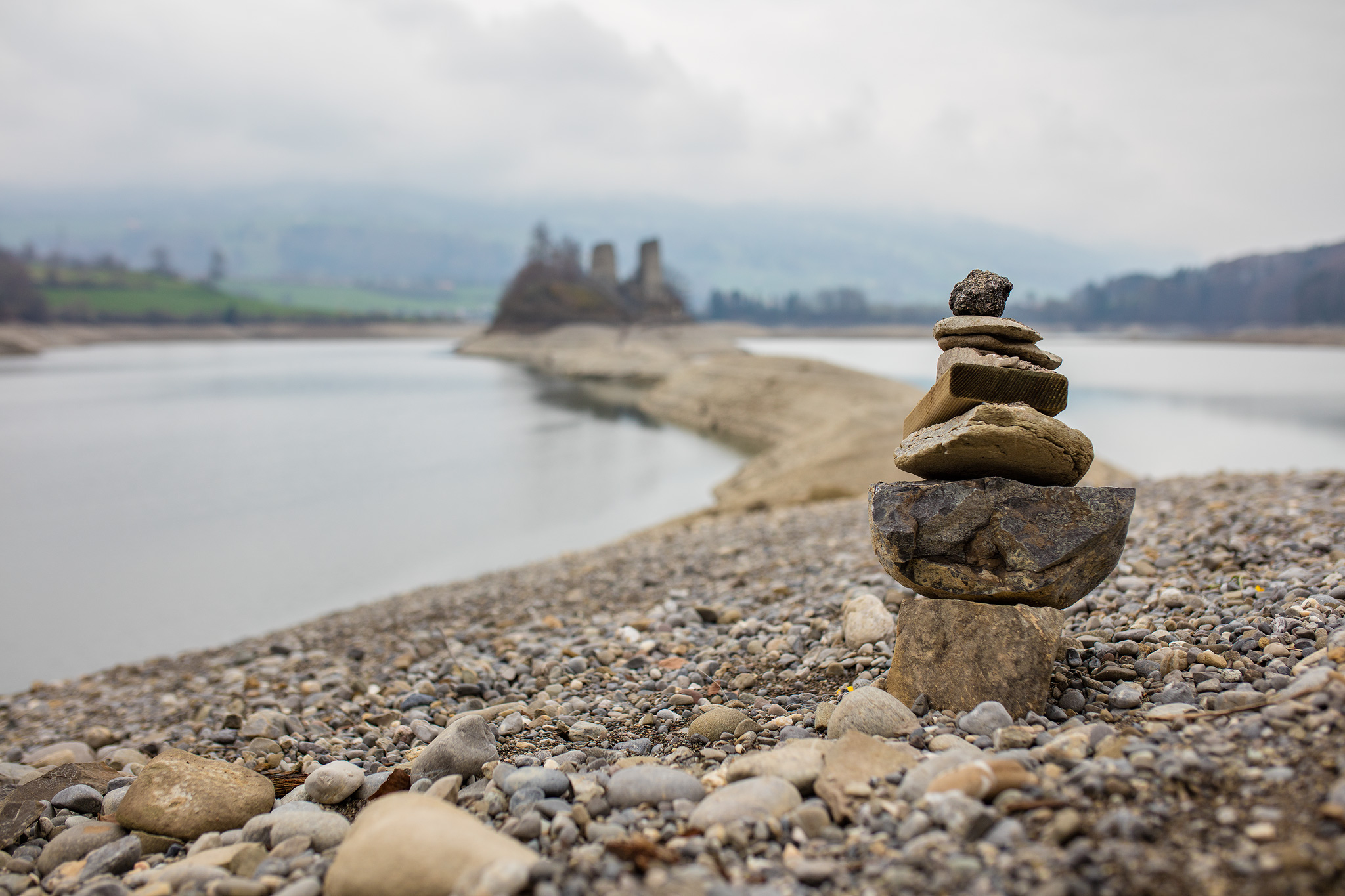 In mountains these rocks piles serve as guide when the path is hidden.

Instead of sunny days, we have snow storms in May. 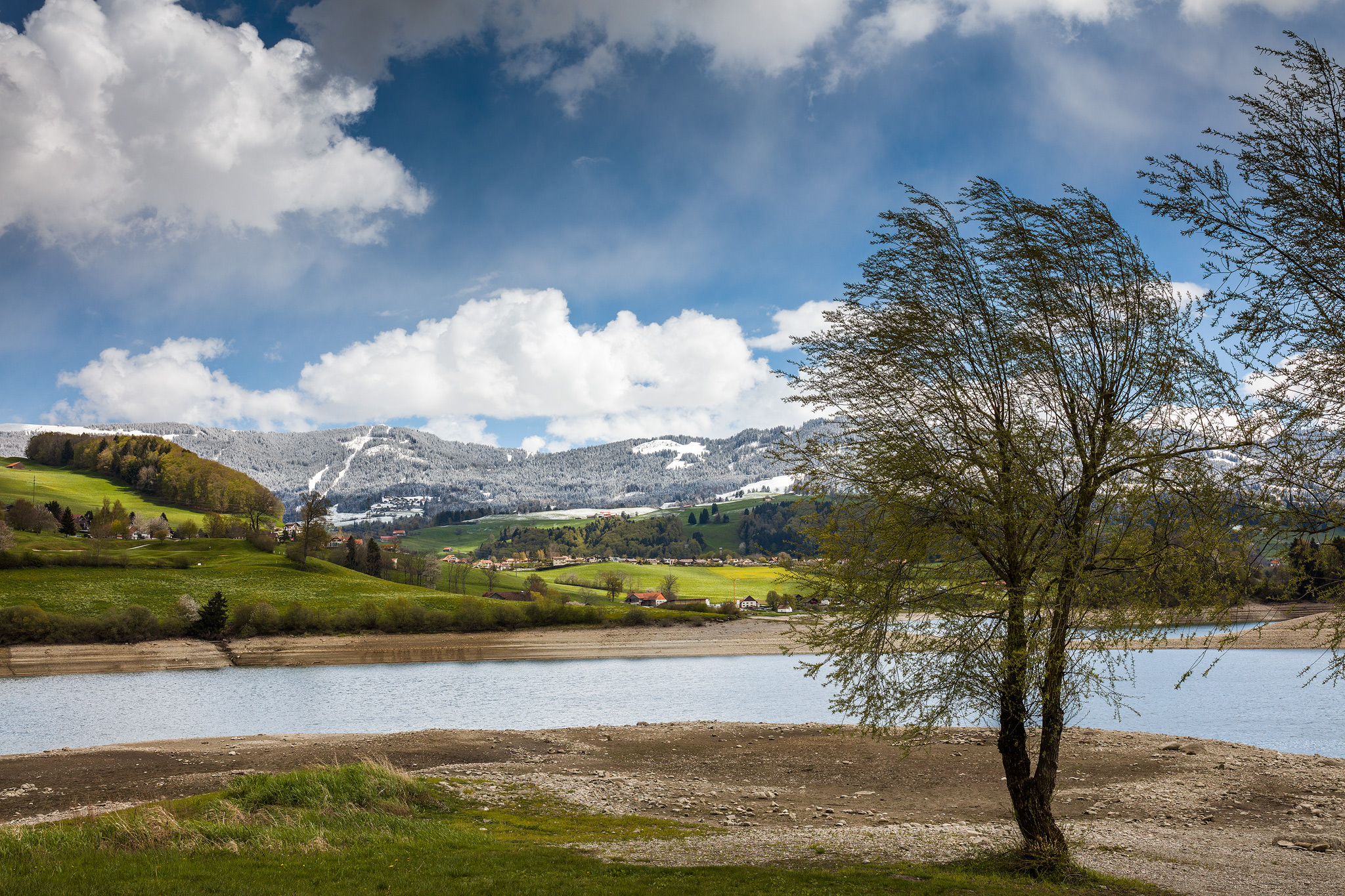 Late April, early May. If you consider paying a visit in Switzerland in this season, you’re warned. 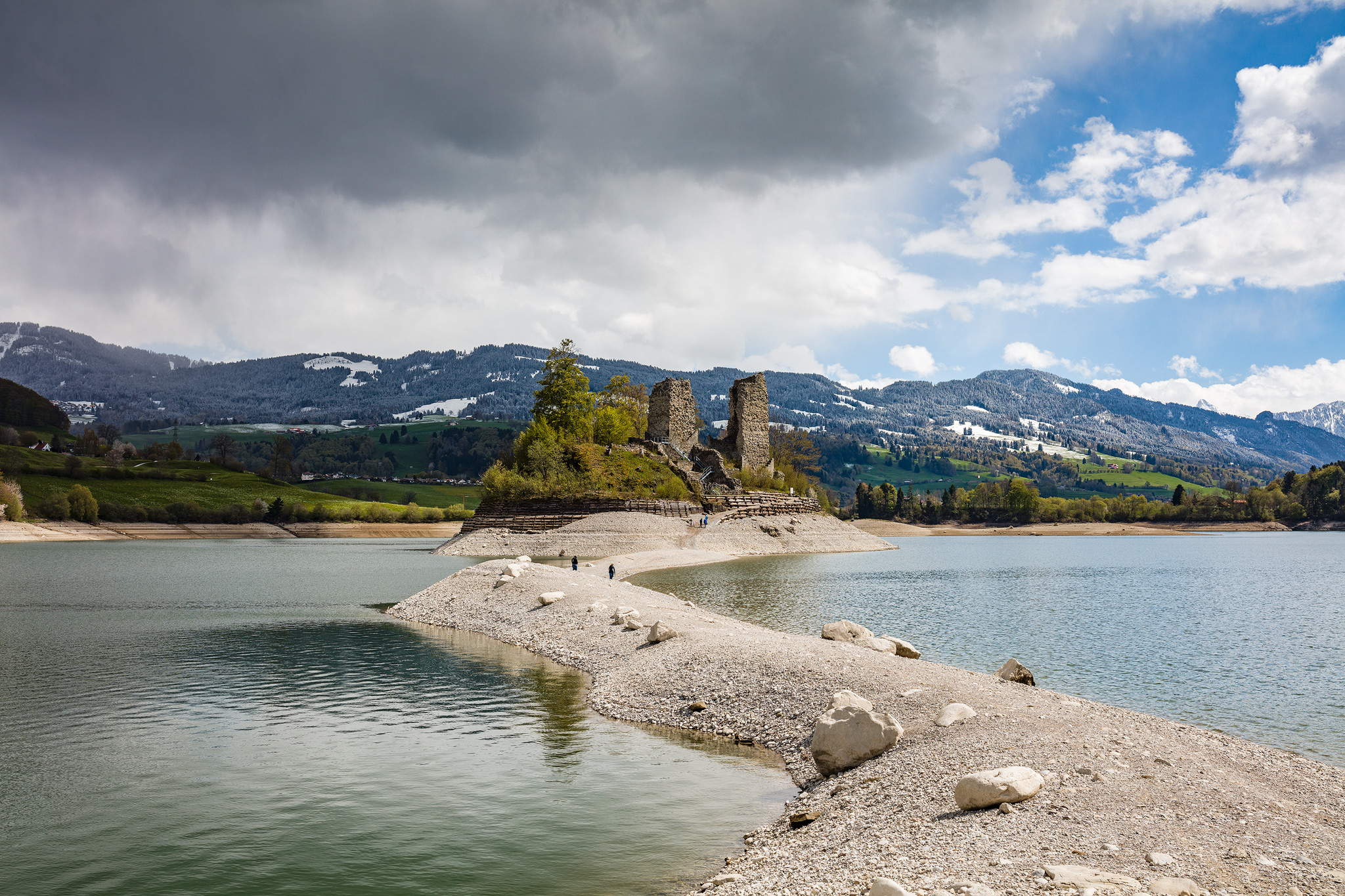 On the photography side, I eventually got the Canon 5DS back, after its defective sensor was replaced. I won’t ramble about the repair service centre. Just be aware that if you happen to live in Switzerland, you’ll have to be patient.

I finally mastered the 5DS; to make a long story short, forget about the ‘P’ mode! Unless having blurry pictures is your favourite style. So, I either use the Tv mode, forcing the camera at least twice the focal length, or M (manual), when I need control over both the depth of field (portrait) and focal. The only thing I leave to the camera is the ISO, which are on ‘automatic’. Fortunately, this function stops at 3200iso. I must admit that I’m delighted having to use the 5DS that way. Not being able to use the ‘P’ mode to produce acceptable results might sound as a drawback and indeed, in a sense it is. But, I’ve learned photography on film (yes, *that* old..), where pressing the shutter button costed 1$. I still shoot that way, thinking twice before taking a picture, because, well, time is money and having to sort 2341 pictures of the same place is not fun. And having to “think” the shot more thoughtfully (vs leaving it to the camera), brings me back, well, quite some years ago!

Crans-Montana and summer in Switzerland