Paying a visit to beautiful snowy mountains, while there is snow. 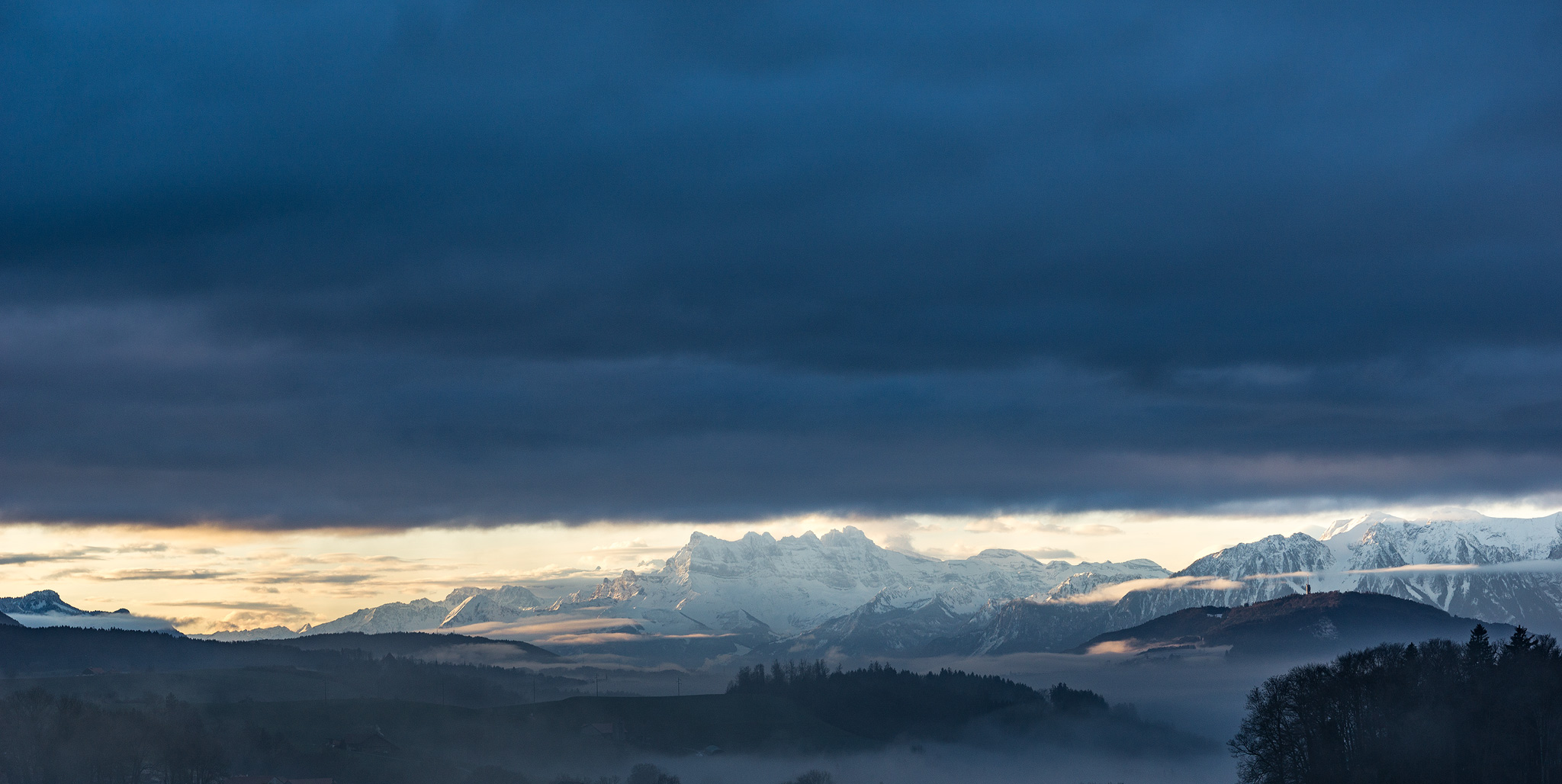 This is the view I had while waking up..doom and gloom.

I’m certain that you remember this post, it’s time now to pay a visit to this place in winter. 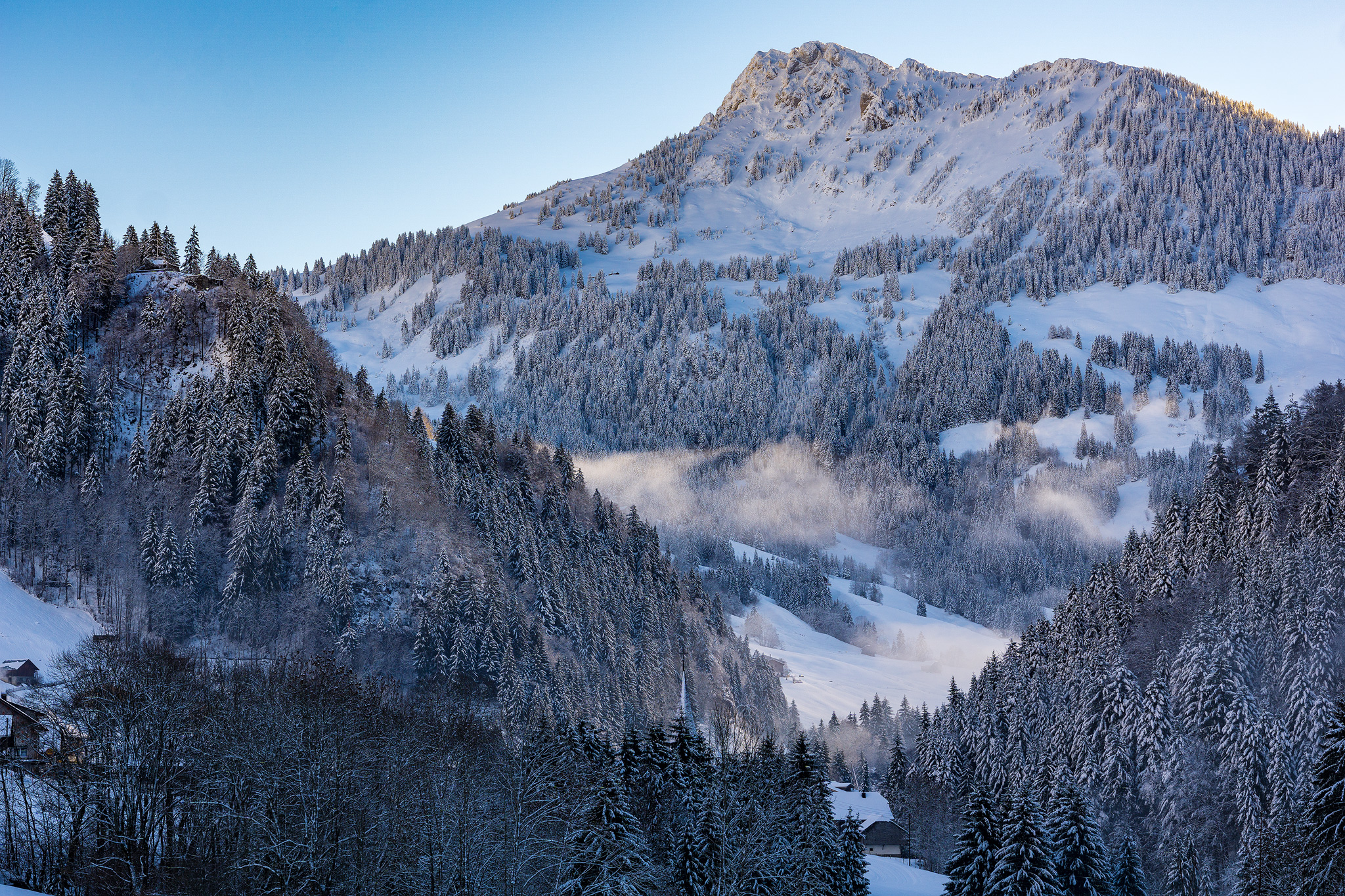 The temperatures are bit crazy nowadays; around 15-20°C difference within 24 hours. Thus, catching fresh snow before it melts is like having the winning ticket at the lottery. 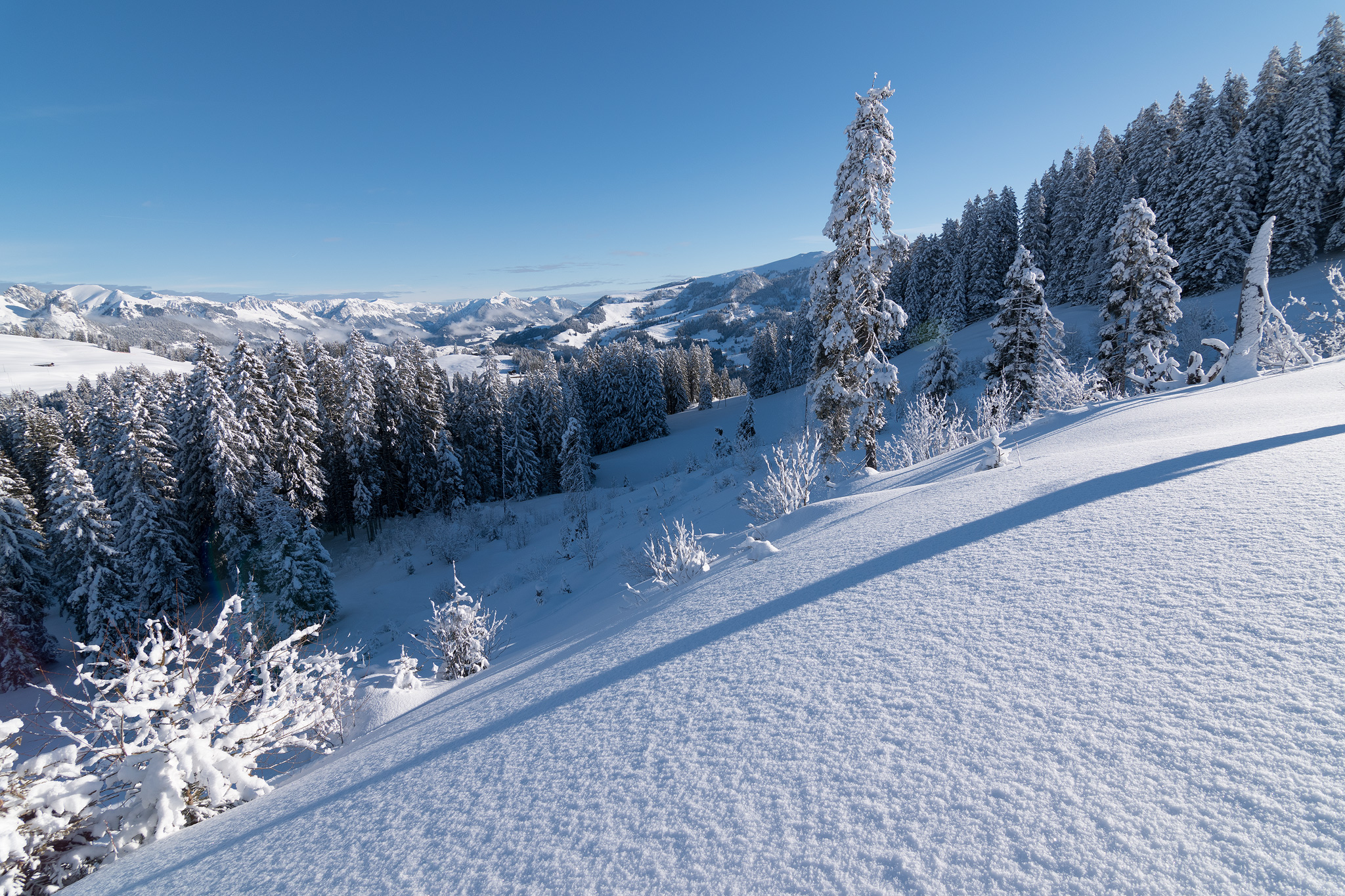 Fresh snow for the downhill.

There was a lot of people on the Jaunpass, probably having the same idea. 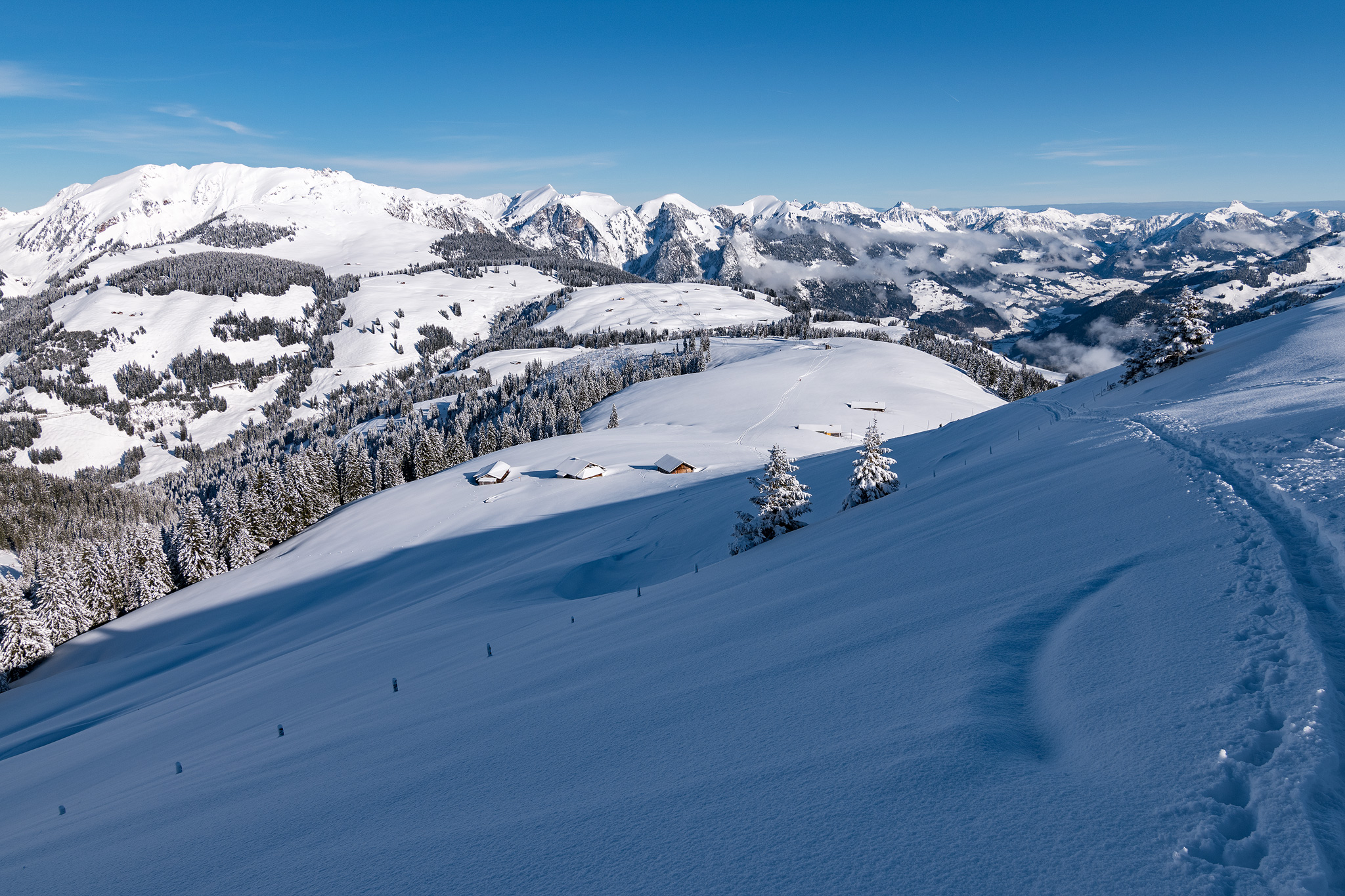 I was lucky enough to be among the first people who climb up there.

View over the Simmental.

On the photography side, the Sony a6000 has been promoted from backup camera to main camera. 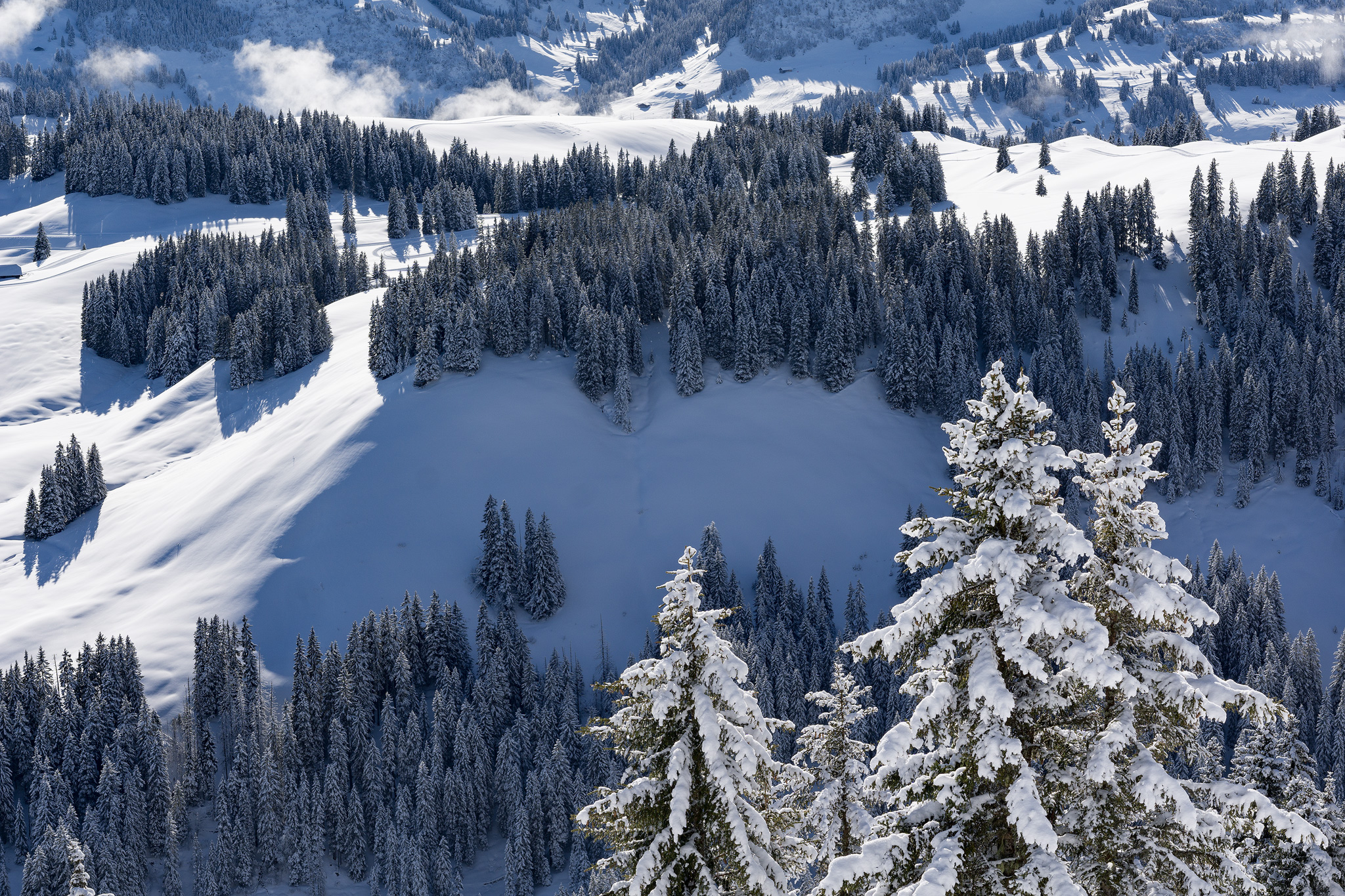 I had the luminous idea to take night sky pictures with the Canon 5DS, which revealed a nasty yellow band in the middle of the pictures. After inquiry with Canon, the camera was sent back for repair. Alas, having landed in a customer service centre probably located at the other side of the globe, I was given the wrong address for repair. Now patiently waiting until the camera has finished its little trip.

Winter comeback and a sandstorm