After the accidental discovery of Wikiloc, (too) many hours are spent exploring beautiful tracks in the Swiss Alps. The last one, is Charmey – La Berra – Schwarzsee – Jaun – Charmey, a 48km long and 1800m positive elevation track. 5h30 hours in movement, 1 hour walking (pushing or carrying the bike) and 7 hours out in the wild.

Do you know how it feels to be alone in Nature for 7 hours? To talk to no one? Well, almost. I talk to myself like the majority of dysfunctional human beings walking on planet Earth. Anyway, after 7 hours, I was refreshed (and a bit, err, a lot exhausted). 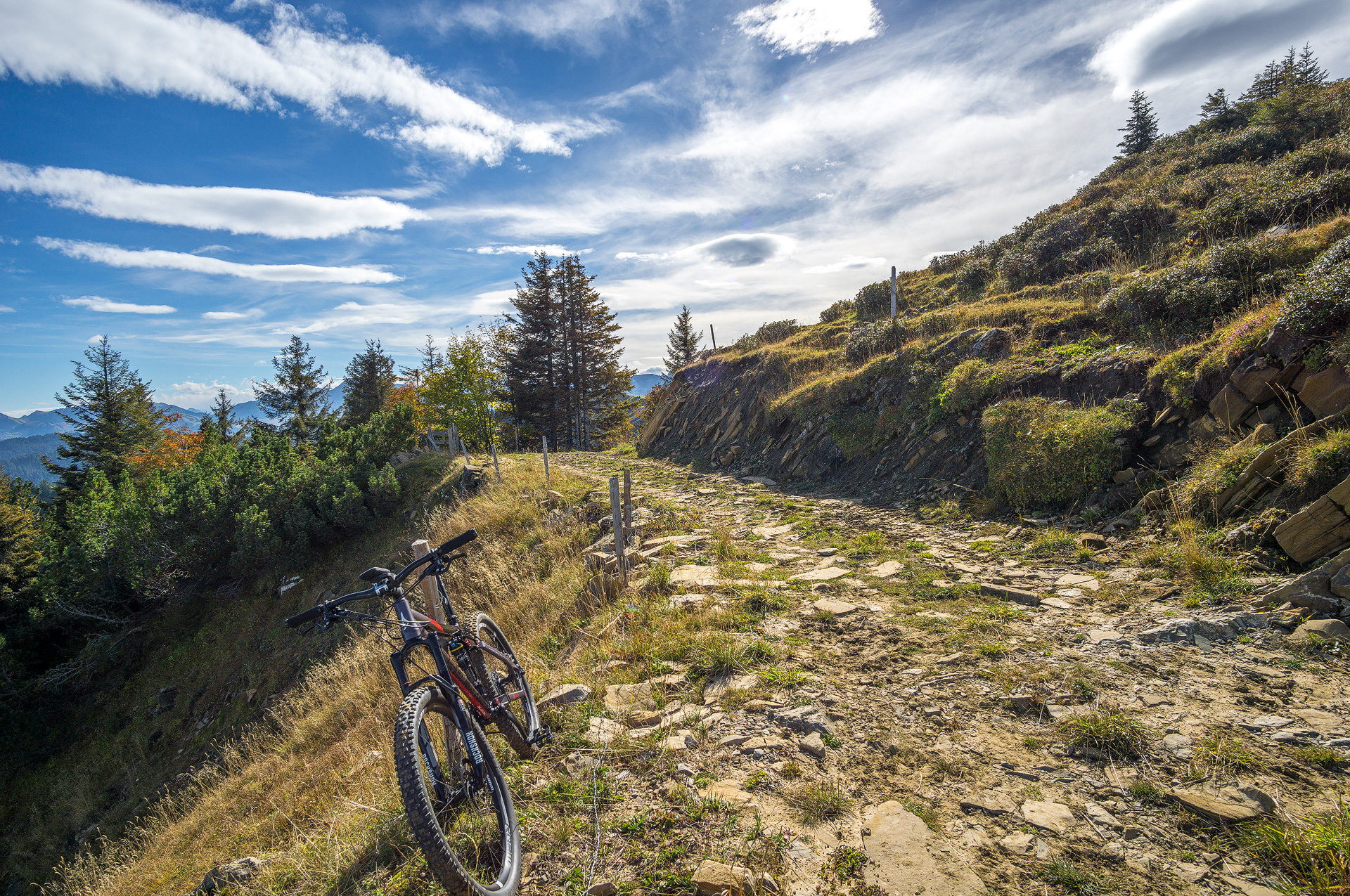 Le Berra, my first destination and the way I climb (when not pushing it)

La Berra is used as a triangulation point, thus one has a 360 view of the surroundings. 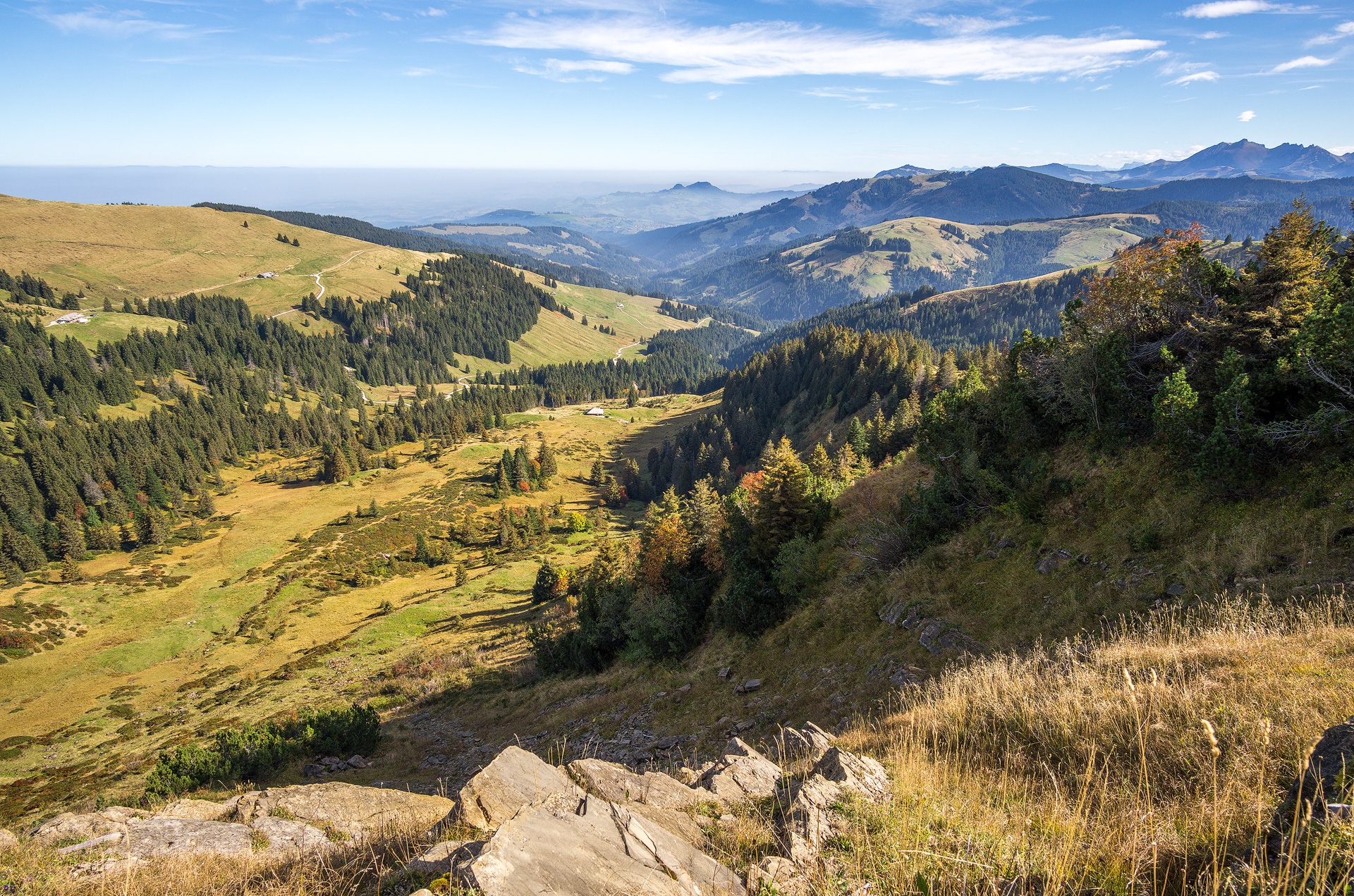 View from La Berra, heading to the Swiss plateau

The downhill to Schwarzsee (Lac Noir, Black Lake) is done by following the mountains peaks. For those unaware of, Switzerland has four national languages; German, French, Italian and Romanche. German being the most spoken (68%). The tour I explored started in the french speaking part and paid a visit to the german one. One has to change the way we greet people! 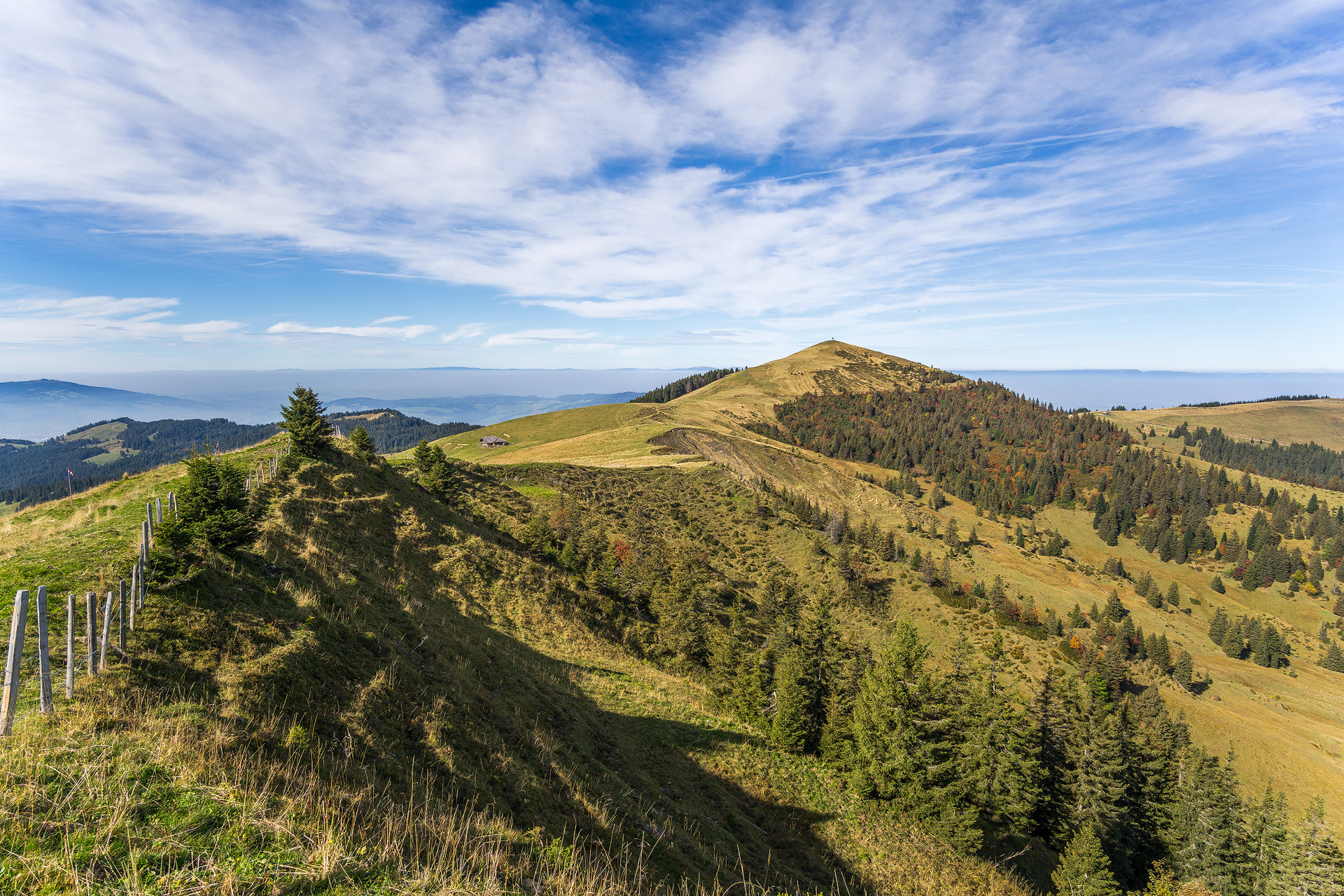 La Berra and its triangulation point on the top

Schwarzsee is a ski resort in winter and its lake is appreciated for ice skating. In summer, ducks and tourists happily bath there. It’s also frequently visited for paragliding. Talking of which, one of them landed in a pine tree and they had a difficult time getting the paraglider off the tree. 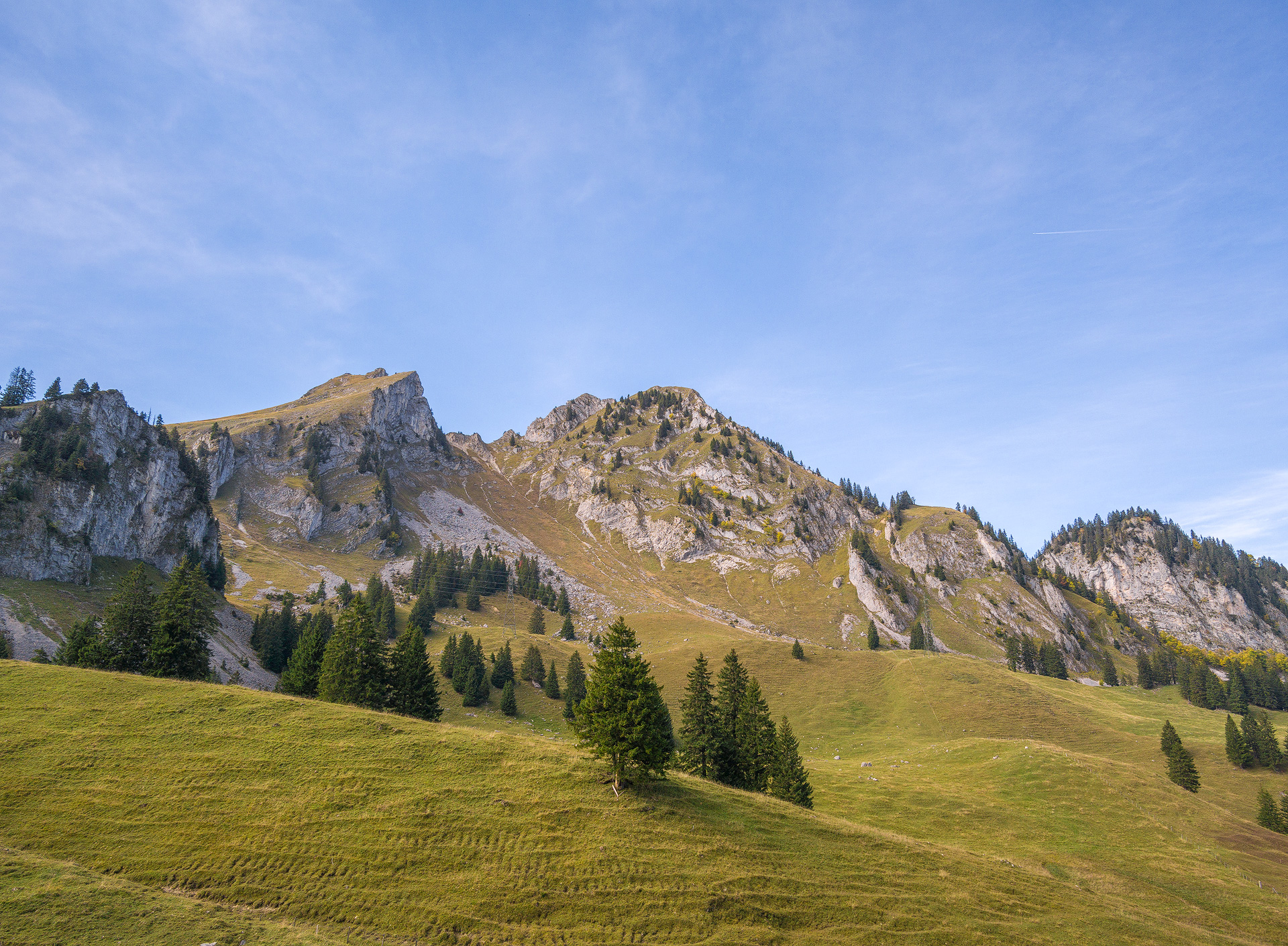 This was the last pass of the day and I was mentally prepared for a cool ride back to the car. As you can expect, things didn’t go as planned. 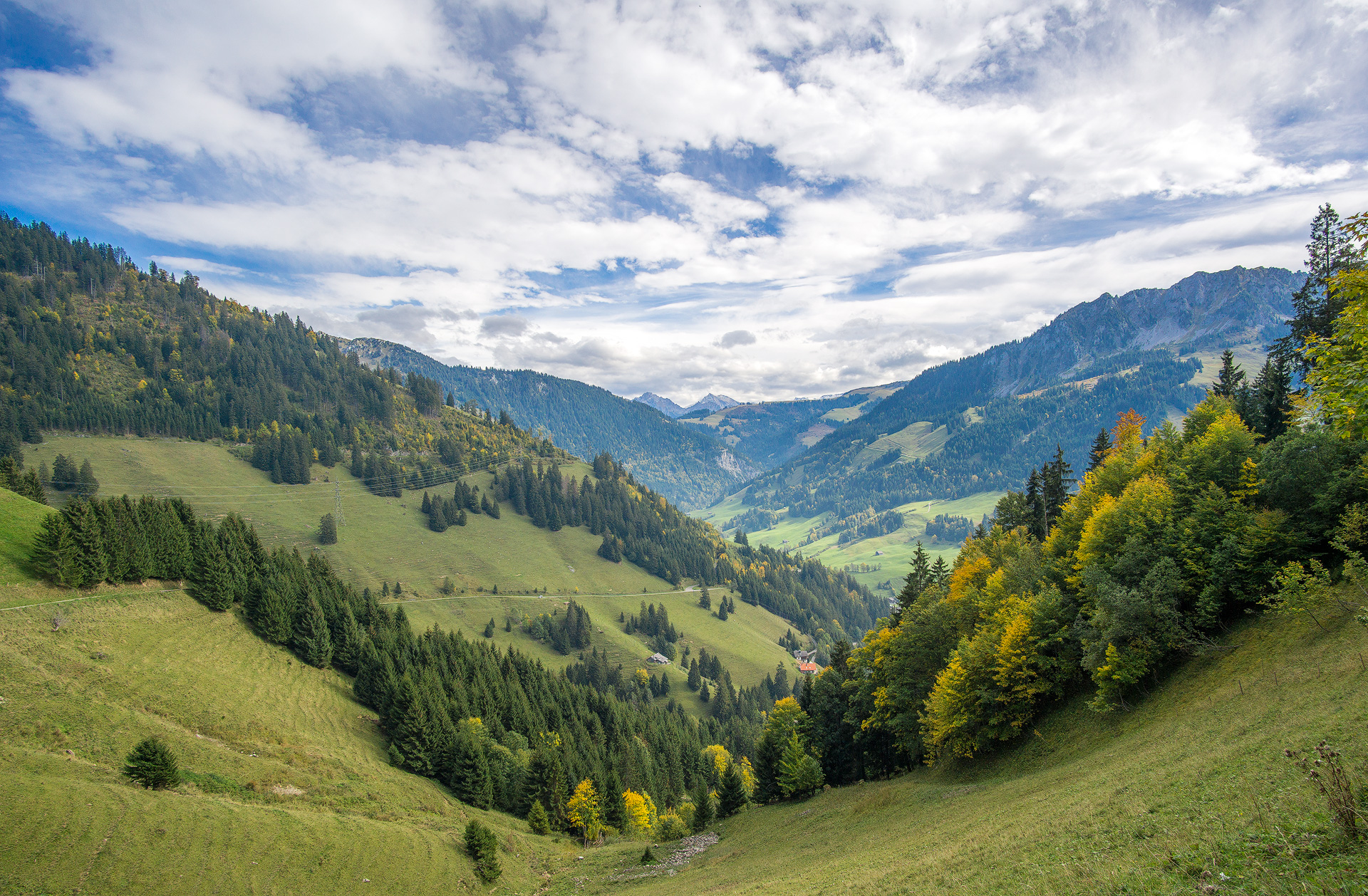 Jaun from the top

I have chosen a track which was supposed to lead me to beautiful sceneries and eventually back to the valley. But I had to take a small hiking path linking two roads. Actually, the path had disappeared over the years. There was nothing but steep slopes, completely destroyed by cows. I spend half an hour in bike shoes carrying the bike the best I could, walking in mud and cow’s shit. That wasn’t the best way to end the day.

There is a hiking path here. Actually, I am supposed to be walking on it. Can you see it?

For once, the GPS was my saviour (maybe buying a recent model has something to do with it); usually, hiking paths are marked by either yellow, white and red or blue (avoid that one if you’re not an experienced mountaineer) signs. My goal was to follow the yellow marks, as there was no path. But there was no stones either to put the mark on. Instead, there was small wooden sticks painted in yellow here and there, no longer than 20cm high. And at some point, I saw this.. 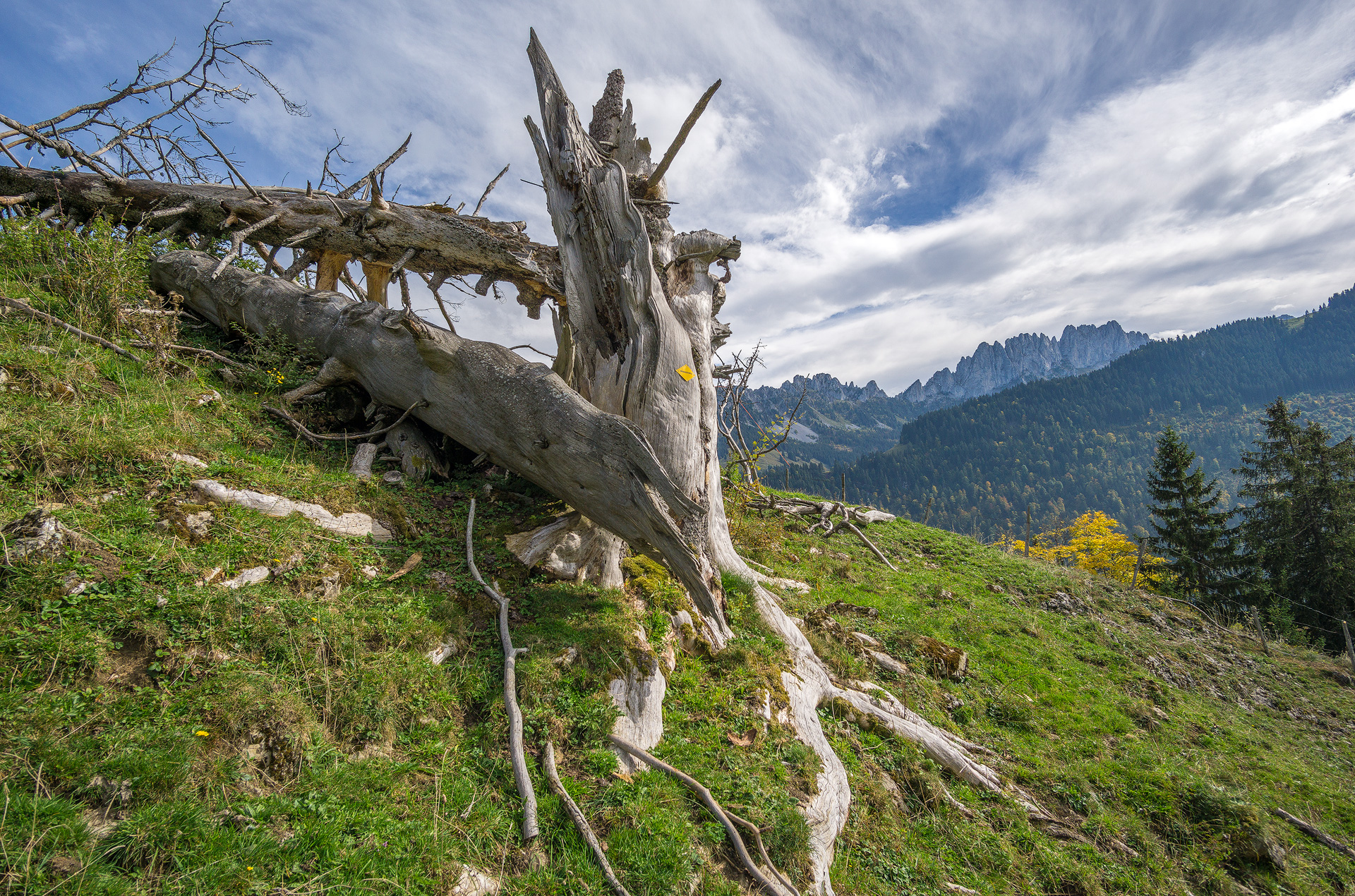 The moment I knew the GPS would be my only guide

Fortunately, the return to the starting point was done along a river on a beautiful single track, lightening my mood.

One note on the photography side; all pictures are taken with a Sony a6000 and a Samyang 12mm lens. I absolutely love this lens. It has its quirks, like distortion and chromatic aberration, but it’s definitely a wonderful lens for landscape photography. Being an all manual lens isn’t a problem, leaving the focus on infinity makes it easy.