Nothing worked as planned, these days. I’m keenly aware that the Law of Attraction is not only very real, but the time between thoughts/feelings and manifestation has shortened significantly. At least for my small person, which means that my life is a mess when I’m not in alignment with Life.

Friday is my free day, schedule speaking and I usually book it for work. But the day before, we had one of these storms that crosses a couple life and I decided that a day on the bike would be perfect to flush some bad vibes.

Speaking of which, they followed me most of the day.

I had planned to ride the Tour of the Moléson, which is a small mountain in Gruyère, Switzerland. Because of the dramatic demographic increase that country has, the mountain is now very popular and crowded, specially on weekend, thus I chose to explore it during the week.

For the curious, here is the Wikiloc track.

Before I started my day trip, I needed to change, because driving in bike clothes is no fun. I parked the car in a small village, usually visited only by random farmers. I thought the small end empty parking would the best place to strip tease. I forgot the bad vibes. Exactly five cars stopped just behind me. They were waiting for four more cars. To make a long story short, I had a least 350 persons who had nothing better to do  than looking at this weirdo changing in the middle of a parking.

Anyway, I managed to change without mooning anyone and eventually started to climb. My joins are still making me pay for the cold start. 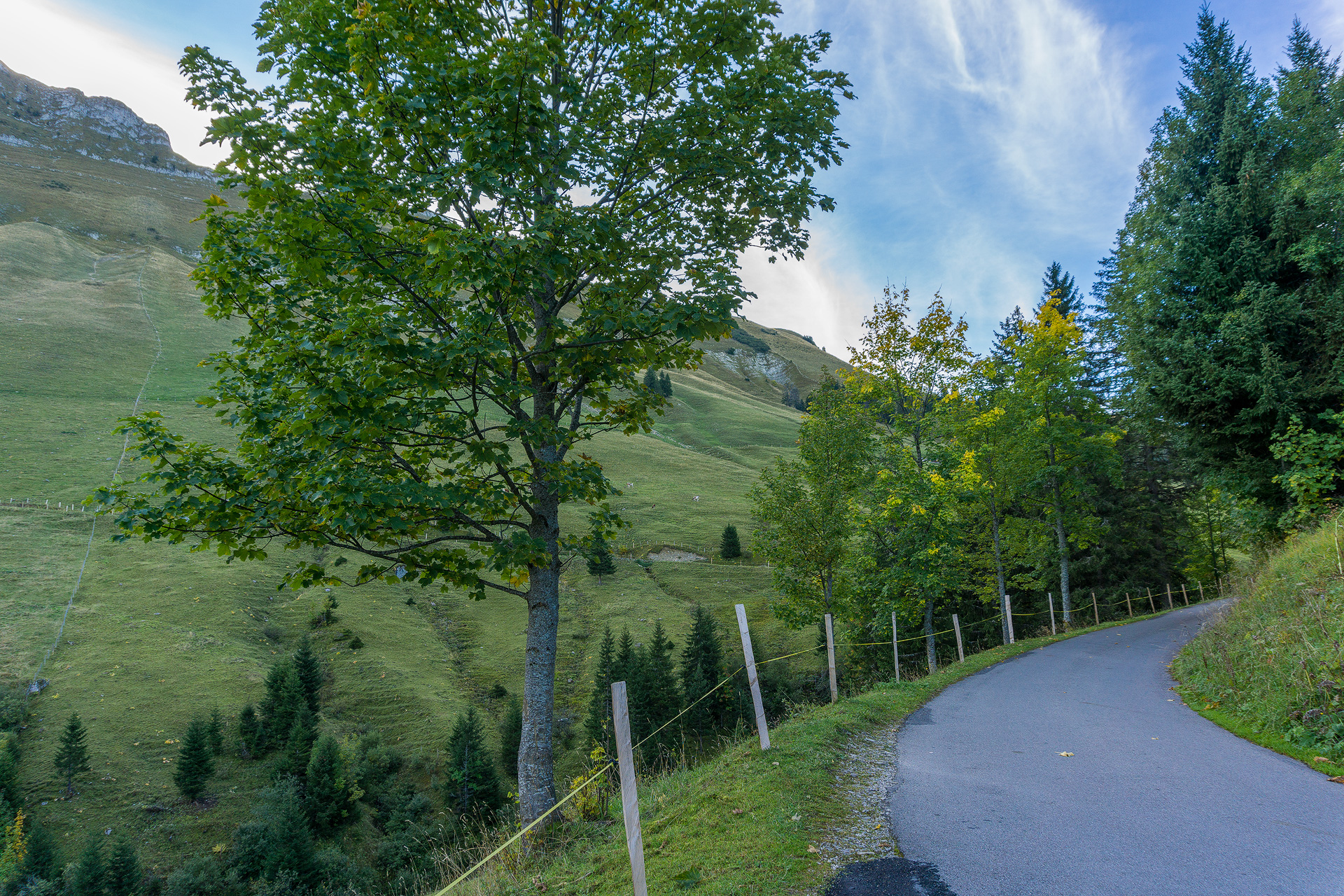 This is the fun of starting to ride early in the morning, one has the choice between freezing, too hot or strengthening the Sherpa skills. 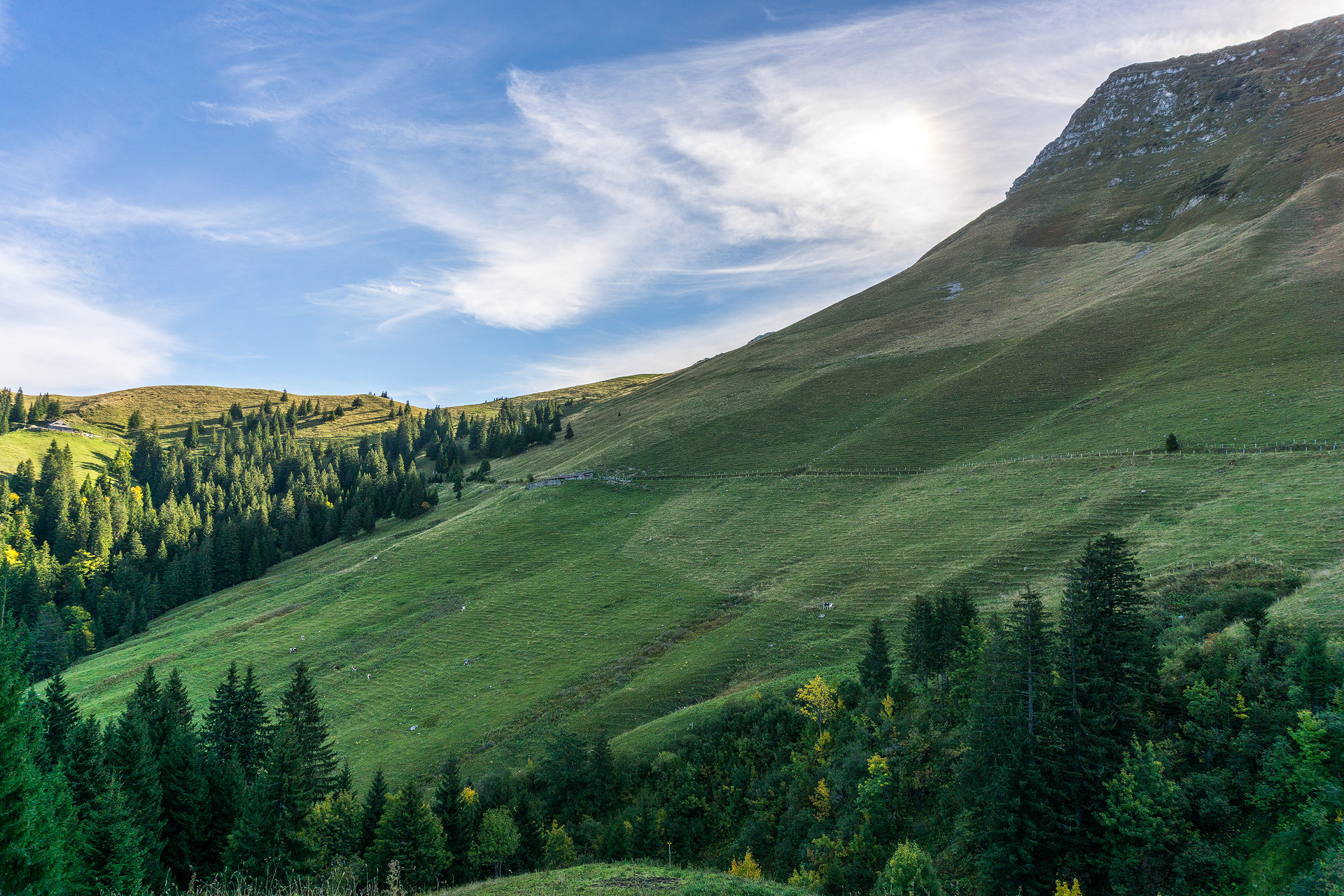 The Moléson is not only the favourite place for tourists, but for cows as well. It means that most of the pedestrian tracks are in the middle of cows fields. To prevent the cows from visiting all the mountain, the farmers place fences, which can be opened at strategic place by the curious wanderer.

What had the better on my already marshmallow nerves, is the ridiculous amount of fences. I stopped counting at 64 fences. For each one, I have to step off the bike, open the fence (some are complicated), cross the best I can with the bike in one hand and the fence in another, then close it. Sometimes, also gently pushing away curious cows blocking the path. I think I dreamed of fences.

The steep and muddy, rocky downhill brought me to the beautiful Gorges de L’Eoi. 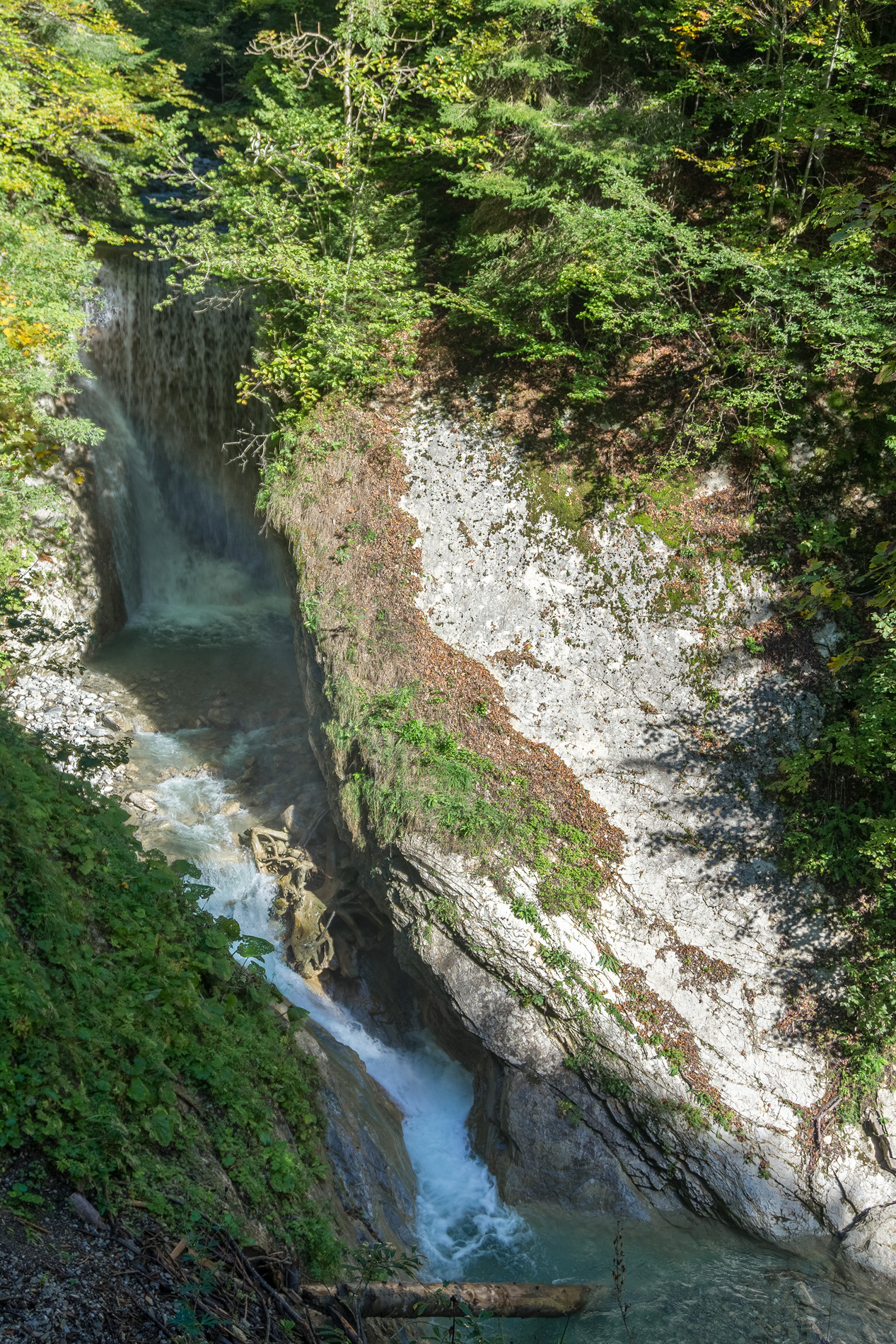 Another small and ridiculous story about messing with the LoA. As I stopped to take this picture, I didn’t see a living being (minus the cows) for an hour. I needed to satisfy a call from Mother Nature, but I was on a road. Eventually, I decided that I would wait until I find a more private place. Just when I let go, a car arrived (going uphill) and a giant truck full of timbres (going downhill). Guess where they met? 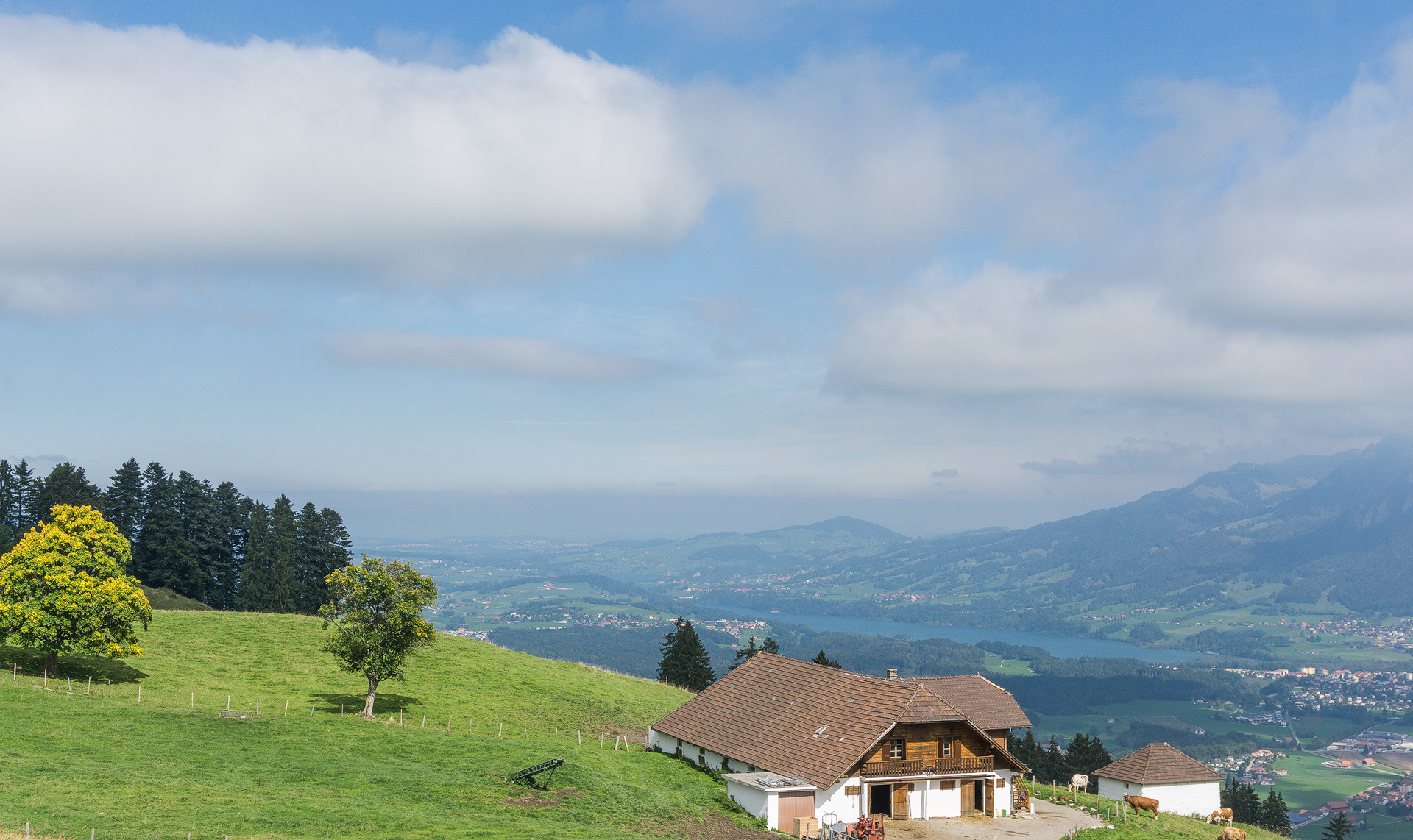 Beautiful house with a unique view on the Gruyère area

This was at roughly the middle of the tour and my back was already crying for no more. 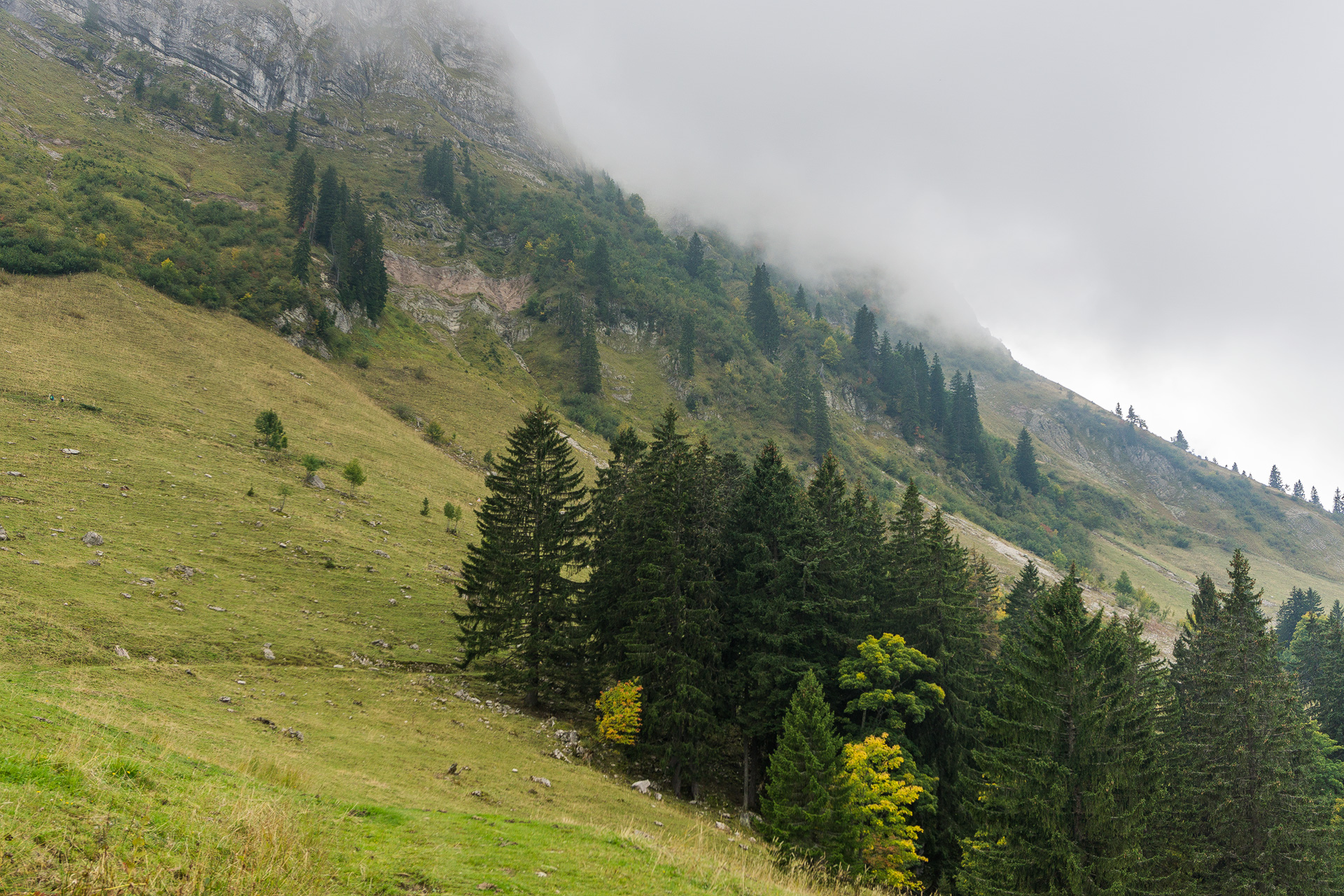 Heading to the Gros Plané

As I must have some hidden masochist tendencies (or really underestimated the tour), the worse was for the end. Steep climbs, rocky tracks, muddy (often with the other mixture left by cows), hordes of scholars (whose level of surroundings awareness goes no further than their feet) and of course tons of fences for my private enjoyment.

Nevertheless, I was very happy about the tour, forgot the pain as quickly as the labour’s and was surprised to discover that I spent almost five hours on the bike.

My lower back not so gently reminded me of the long day.

On the photography side, all images are shot with a Sony a6000 and stock 16-50 lens. I’m looking forward trying the Samyang 12mm.